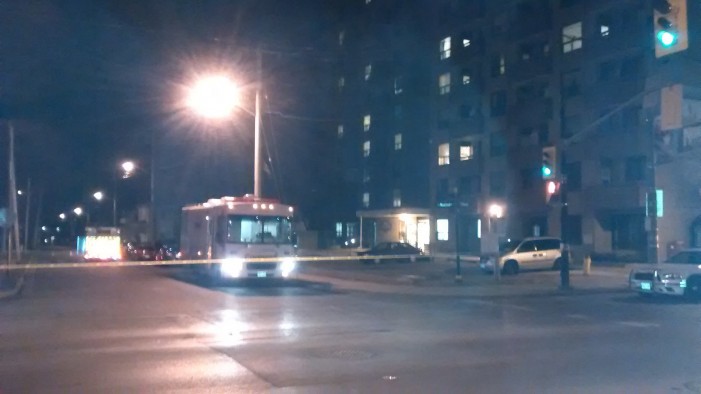 Officials have completed their investigation into a fire at an apartment unit at 15 Edward Street on Sunday, April 5th.

The fire claimed the life of a 79-year-old woman. Firefighters extinguished the fire and found the victim upon the initial search of the scene. She was removed from the apartment unit and treated by Firefighters before Paramedics arrived on scene. She was pronounced dead a short time later.

The Cornwall Fire Department received the call for the fire at 15 Edward at 6:20 pm on Sunday. Residents from the third floor of the housing complex were evacuated while crews battled the fire, which was contained to a single unit. A Cornwall Transit bus was brought on scene to provide temporary shelter for the displaced residents and members of the Red Cross were also on hand to provide assistance.

Sunday’s incident follows another fatal fire that occurred on Friday, April 3rd in the 100 block of Sixth Street West. That fire claimed the life of a 57-year-old man.

In both cases, the fires were caused by smoking articles.

“Smoking and kitchen fires are the two leading causes of fires in Ontario,” said Cornwall Fire Chief Richard McCullough. “I would urge all residents to be mindful when it comes to smoking and cooking in their residence.”

The investigation of the fires was conducted by the Ontario Fire Marshal and Emergency Management (OFMEM), Cornwall Fire Prevention Division and Cornwall Community Police Services.

One Dead From Edward Street Fire Senior’s Fire in Cornwall Ontario – APRIL 7, 2015 added by admin on April 7, 2015
View all posts by admin →