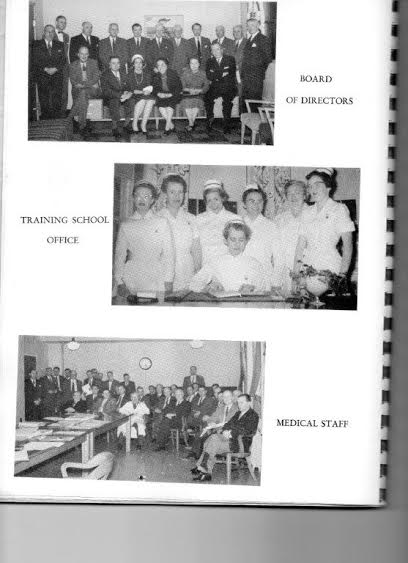 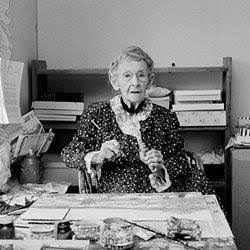 In the March/April 2015 issue of Spirituality and Health Magazine, there is an article by a writer and Educator, Joan Leof. According to her web site, www.joanloef.com, writing has been her medicine and muse since she wrote her first poem at age 8. Her memoir is now available, ‘Fatal if Swollowed. Reclaiming Creativity & Hope along the Uncharted path.’

Joan talks about having a life threatening illness in her 30s. One thing that kept her hopeful was that she had read about 104 year old Mrs. Sarah Conley, a great- great grandmother who earned her college degree. Joan saw a picture of Mrs. Conley in her wheelchair, cap and gown accepting her degree. It gave Joan hope. Joan then, over the years, kept track of other elderly but active people who were like Mrs. Conley, apparently still enthused about learning and achieving.

Joan cites Ruby Hemenway who began writing a newspaper column at 90 , and George Burns still making jokes at 90. She also talks about a Mr. Izumi who still takes his daily constitutional at 117. She had collected many stories and was able to encourage her parents who were aging with examples of these stories.

There are so many that we have heard about and are amazed at some of their work and ages. Mother Theresa received the Nobel Peace Prize at age 69, Nelson Mandela was elected President of South Africa at age 76 . Bill Wilson at age 40 along with his friend Dr. Bob Smith started Alcoholics Anonymous, Pablo Casals, the famous cellist still playing at age 95. Susan Boyle making her singing debut at age 48. I remember thinking how old Petula Clarke was when she became famous singing at age 32. Roget’s Thesaurus published by Peter Mark Roget, a British physician at age 73. One Roget’s Thesaurus I have is dated 1967. Tony Bennett still singing in his 90’s. The list goes on and on.

I was impressed when I was growing up by ‘Grandma Moses’ who started painting in her late 70’s. When Grandma Moses could no longer do embroidery due to arthritic hands, she took up painting. She was able to use and hold a brush and began an incredible artistic career. She had apparently done her best work at 100 yrs. of age. In the July/ August Glen Stor Dun Lodge Newsletter was a nice article about her. Her website is interesting as well. She was born Anna Mary Robertson Moses. It seems that she painted what she knew best :living in the country and farming. They included nostalgic and colourful country scenes of her farm life. Her painting, ‘The Sugaring Off’ was sold for US $1.2 million .The wonderful article in the Lodge Newsletter on Grandma Moses ends with : ‘Isn’t it time you got started?’

I think there was an omen which I missed when I first got Tiger. The day after I got him, I was in the shower with the door open …didn’t think about closing it. All of a sudden, the shower curtain moved. Shades of ‘Psycho’ and’ Norman Bates. I admit I got a fright for a few seconds. Then Tiger jumped in. Whew!! Was he wet!! I turned off the shower as quickly as I could and he jumped out.

Water, water everywhere on the bathroom tiles. Down the hall he ran, water sopping the hall floor. I had to mop as I walked so I wouldn’t fall and break my neck. Where did that little imp go?? Right on my comforter on my bed!! I grabbed some towels and dried him as best I could. As I am going back to mop up the bathroom floor, he flew past me and jumped into the still-wet-tub again. It is a wonder he didn’t break HIS neck. I grabbed him out of there and had to dry his paws again. This is a cat who loves water, it seems.

Now when I take a shower, the bathroom door is closed . Afterwards, the shower curtain is drawn right across the wet tub and I have to place things along the top of the bathtub so he can’t jump in. Tiger, big big baby is barred and banned. One day before I actually got into the shower, I came out of the room to find him laying at the door. I wouldn’t let him in so he just put his snooty little nose in the air, shrugged his stubborn little shoulders, hopped up on my bed and curled up on my spot and went to sleep. It was as if he was saying, ‘I didn’t want to go in anyway…so there!!’ Just waiting, I bet, for the next time I goof up and leave that door open. Medical Staff taken from the 1959 Yearbook ‘The Lamp’ of the
School of Nursing of the Cornwall General Hospital.

Recently the Graduates of the Cornwall General School of Nursing toured the old General Hospital building. It was an nostalgic tour for us, walking down familiar halls, now empty. Someone said to me ,’Dawn, Pediatrics was here.’

How could I forget? All the old departments were named as we moved along the halls on all the floors. Some of us were remembering way back before the renovation in 1968 when the entrance was on Second Street. The old fish pond and stained glass windows in the round entrance hall, the ambulance entrance on Marlborough, the small ER room at the back of the building on Old Orchard , the big closed- in verandas on the East side of the building where we used to take patients for some fresh air and a change of scenery.

I also remembered the old iron foot stools used by patients at that time to get out of bed. At night with only a flashlight, we banged our shins on them very often. It just happened to be where you didn’t think it was. (Yogi Berra would like that one I think). There is an old Irish expression : ‘Do not be breakin’ a shin on a stool that’s not in your way.’..or so you think. Boy, did that hurt when you banged into one in the dark.

The other incredible thing was that when we made rounds at night with the flashlight, we might find a patient smoking in bed. It was allowed then. Can’t even imagine that today. It is a wonder someone didn’t burn the hospital down.

It was also easy to picture the late Dr. John McKeown walking down the hall, deep in thought. He would examine his patient and make sure the patient had everything he needed and was doing well. Then, with this task down, Dr. McKeown would give a big smile and say,’ How are you, Dawn?’ Always interested in the staff’s welfare as well as his patients.

They say that nursing is one of the ‘Noble Professions.’ Walking down those halls again surrounded by many dedicated retired nurses, I could recall so easily how much these nurses had done to help their patients and loved ones during a crisis in their lives with love concern and compassion. I remembered coming out of a very ill patient’s room one night to find a family member out in the hall, pacing, unable to know what to do with their feelings. They look to the nurse for some answers. And although a nurse may not have any or have all the answers, they can listen and be there for those who need them. .

A big thank you to Matt Cinnamon and Daniel Orr who made the tour possible for us. We appreciated it very much.

When my brother, the late Sonny Herrington was at the lodge, I met a lady by the name of Norma Gibson. We hit it off right away and each time I visited Sonny over a period years, I always spent some time with Norma.

Norma looks after the birds at the Lodge. She keeps the cages clean and feeds them. They love her and when she appears their chirping is very loud. In the cage on the first floor is ‘Yellow Rose’, a gorgeous canary and her pal, ‘Mr. Blue’ who is a blue budgie. On the fourth floor is a green budgie named ‘Muffin’ and a blue budgie named, ‘Mr. Hot Tomato’. Norma gave him that name because he was always amorously pursuing his previous female cage-mate.

Norma and I got to be good friends. Norma Gibson birthday Aug. 13. Happy Happy Birthday Norma.

This is my 50th. column since the first one published on August 14/2012. A big thank you to Jamie, my editor, who made it all possible with his patience and hard work. A thank you to Don Smith who helped me so much with the early editions. And to all the readers of CFN over the past three years, a big big thank you also. I learned a lot and it has been a lot of fun. I am working on Edition 51.

An elderly lady and her husband are lying in bed listening to the next door neighbour’s dog. It has been in their backyard barking for hours and hours. She jumps out of bed and says ,”I have had enough of this.” She goes downstairs.

The lady finally comes back to bed. Her husband says, “The dog is still barking. What have you been doing?”

His wife replies,” I put the dog in our backyard..let’s see how THEY like it!!”

Editor’s Note:   Congrats to Dawn on her 50th Column.  She’s a true credit to our community and Seniors,   showing  the positive and strong roles and lives that seniors can have here in Cornwall!  Here’s hoping to celebrating her 100th Column in 2017 or 18!