Seniors Situation by Dawn Ford – You Don’t Have to Be Alone on Christmas DEC 11, 2015 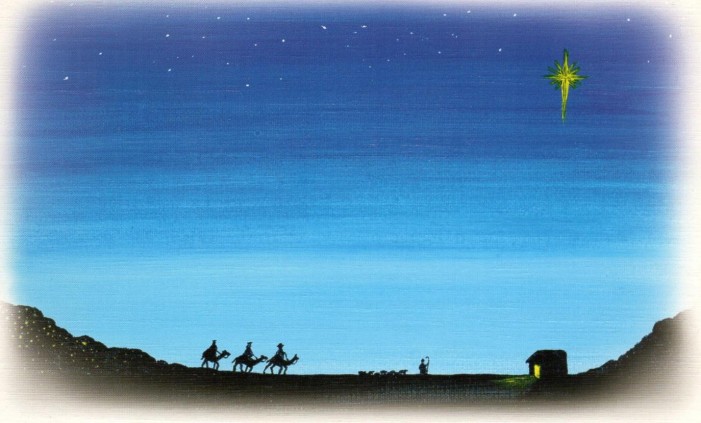 If you are alone on Christmas Day, there will be a free Cornwall Community Christmas dinner at the Agora Hall (formerly Nativity Hall) at 301 McConnell Avenue. They will be serving turkey, dressing and all the trimmings.

There will be crafts for the children, music and prizes. Dinner will be served from 12 noon until 2:30pm. If you need a ride, please call Darlene at 613-703-7696 or Bernadette at 613-935-4568 one week before. There is an elevator lift outside which is available for anyone who has a problem with stairs. You are welcome to come and enjoy a wonderful meal, a lot of fun and being with others on this very special day.

A book launch of the awaited ‘Bonnie and Her Twenty One  Children’ by Fred Cappuccino will take place on Sunday, December 13th. at Annemarie and Eric Borntsein’s between 4-7pm at 2260 Old Military Road, Alexandria. Email for more information to : adrienne@childhaven.ca.

A book signing will also take place that day at noon at the Lakeshore Unitarian Congregation at 5065 Sherbrooke St., Lachine, PQ. This book is about Bonnie and Fred Cappuccino’s family of 21 children, 19 of whom are adopted. Bonnie and Fred are co-founders with Dr. Nat Shah of Child Haven International. For more information go to the CHI website or call 1-613-527-2829 or email: fred@childhaven.ca.

In the July/August 2015 issue of Good Times magazine is a wonderful article about Dr. Jean Vanier. He is the son of our former Governor General Georges Vanier and his wife Pauline. Today he is a Catholic philosopher, theologian. recipient of awards, author of many books and a beloved humanitarian.

I met him once, many years ago in a men’s shelter in the east end of Montreal. My roommate used to go there as a volunteer and do odd jobs like sewing on buttons and turning collars on shirts. I went with her sometimes.

One day we were told that a guest visitor was arriving in the library and we were all welcome to meet him. When we got there, it was very quiet, as most libraries are despite the number of people in there. I felt as if I was in a chapel, for some reason. I was introduced to the visitor and he shook my hand. I always remember the aura of peace that seemed to radiate from him. I knew I had just met someone very special but I didn’t know who he was at that time. It was Dr. Jean Vanier.

According to the article and the websites devoted to information on him, he took a sabbatical leave from his job as a philosophy professor at the University of Toronto’s St. Michael’s College.

He went to Trosly-Breuil in France to join Father Thomas Phillippe, a Dominican priest who was Chaplin at a local institution for people with intellectual disabilities Dr. Vanier was appalled at the conditions under which some to them were living. He bought an old farm house and invited two of the men with disabilities to come and live there. He called it the L’Arche -the Ark . It was the beginning of a movement of change.Today there are 147 such communities in 35countries on 5 continents for the people with intellectual disabilities.

At 86 years of age, his message is still the same,” that people with disabilities are important people.” Go on his web site for more information on this amazing and inspiring man.

In the early 80’s I moved to Glen Norman. I worked for awhile at Arc Industries in Alexandria and did volunteer work at the L’Arche community in Glen Roy. It was one of my happiest times. Some of the residents came to my house to play monopoly often. They were so good at it that I couldn’t beat them. We had so much fun and they always looked forward to the next time we had a game. So did I. Whenever I meet them now, I get a big hug. Really nice.

The Meals on Wheels program at the Glen Stor Dun Lodge is in urgent need of volunteers. These meals are delivered to home-bound seniors and others needing this vital service during the winter months. If you can spare 2 hours a month, please call 613-933-3384, Ext. 4263. Delivery of the meals is between 11am and 1pm. Monday to Friday. Your mileage will be reimbursed. I love the simplicity of this painting. The colors are so vibrant. It tells the story of that Christmas Eve with a shepherd and sheep nearing the manager and the Magi arriving following the star. It is called ‘Blessed Journey’ from an original painting, no. E812 by Lena Maria Klingvall, a Foot Painter. She is part of the Mouth and Foot Painting Artists organization.

I had the occasion once again for a couple of weeks to go to Hospice and visit a friend who was very ill. It never fails to amaze me how soothing and calm is the atmosphere of this facility. The lights seem to be softer and the warm wood tones around the building make you feel as if you just entered a friend’s home. One day when I was there late in the afternoon, a gentleman was playing some very beautiful soothing music on the piano which added to the homey comforting feeling. The staff and volunteers are always pleasant and helpful.

One day as I was leaving my friend, not knowing if I would see her again, I was really feeling the pending loss. We had been kids together in Brownies, Girl Guides and later nurses training. I knew I would miss her so much. As I was leaving the volunteer receptionist sensed how bad I was feeling and came to talk with me. She was very kind and understanding. It really helped and I appreciated it very much.

My friend was in the best of care and I thank Dr. Randlett and all of the staff for making the end of life’s jouney for our loved ones and for us as family and friends one of solace, kindness and ease.

There is a big celebration of 50 years for the ‘A Charlie Brown Christmas’ cartoon by Charles Schulz. According to the various websites about the cartoon’s making, it almost didn’t get aired. There were problems in the way. Apparently they were all overcome and it aired on TV in 1965. It has been a big hit ever since. I love it and see it every year.

In one part of the story,Charlie Brown is directing a children’s play. He gets upset over what he calls the commercialism of Christmas. He wants to know if anyone knows what Christmas is really all about. Little Linus quotes Luke 2 8-14 from the New Testament: ” For unto you is born this day in the city of David a saviour, which is Christ the Lord. And this shall be a sign unto you; Ye shall find the Babe wrapped in swaddling clothes, lying in a manger. And suddenly there was with the angel a multitude of the heavenly host praising God and saying, ‘Glory to God in the highest and on earth, peace, good will toward men.’ That is what Christmas is all about, Charlie Brown.”

Here is a cute Christmas joke;

Three men died on Christmas Eve and were met by Saint Peter at the pearly gates.

“In honour of this holy season,” Saint Peter said, “You must each possess something that symbolizes Christmas to get into heaven. “

The first man fumbled through his pockets and pulled out a lighter. He flicked it on. ‘”It represents a candle,’ he said. “You may pass through the pearly gates,”Saint Peter said.

The second man reached into his pocket and pulled out a set of keys. He shook them and said,'”They’re bells.”Saint Peter said,”You may pass through the pearly gates.”

The third man started searching desperately through his pockets and finally pulled out a pair of women’s glasses. Saint Peter looked at the man with an raised eyebrow and asked, “And just what do those symbolize?”