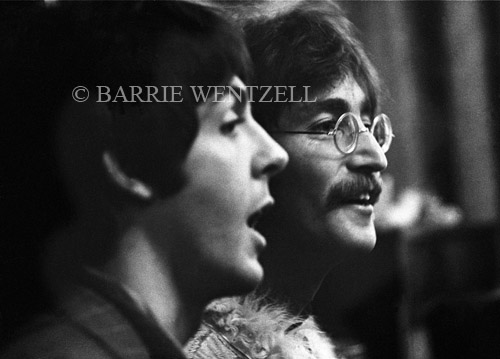 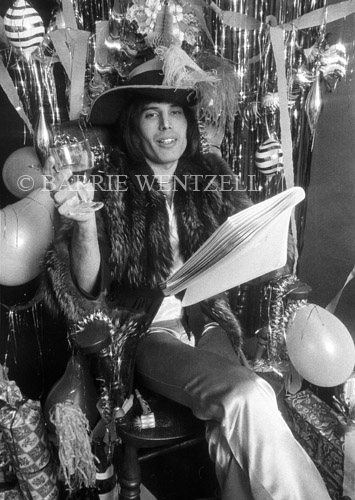 Jimi Hendrix, Freddie Mercury, Jim Morrison from the Doors, all of The Beatles, the Rolling Stones, Pink Floyd, Led Zeppelin, Miles Davis, Leonard Cohen, the Who, Bob Dylan, Aretha Franklin, and just about every major musical head liner from 1965 to 1975 crossed the lens of Barrie Wentzell. Mr. Wentzell also became friends with many and has a book coming out soon to tell the stories of his immense body of work.

Cornwall’s public art gallery, TAG Cornwall, had received a series of 100 signed and autographed 16×20 ” prints of Mr. Wentzell’s work for its permanent collection that were part of the biggest art theft in Cornwall history.

The 35 remaining prints will go on sale during a fund raising exhibition of Wentzell’s work at the gallery starting Friday December 11th and running through to the end of the month.   Barrie will be at the gallery to talk to fans and artists Friday night from 7 PM and Saturday from noon to 4PM. The gallery, which saw its funding cut to zero by City Hall in 2015, is in financial crisis and will be decommissioning the non-regional works in their permanent collection so that it can focus on local art and ensure its fiscal survival.

It’s amazing how artists like Mr. Wentzell come to the call when they see an art house in danger, but it’s also an opportunity for music fans in the region to see the collection for one last time.    The numbered series sell for as much as $2,000 each.

Wentzell is bringing 25 smaller prints that sell for only $200 to help raise extra funds for the gallery.

He has retired to Toronto after falling in love with Canada while visiting with his daughter.   He visited the gallery in 2009 and enjoyed his time in Cornwall and was happy to come for a return visit.

The public is invited to meet him starting at 7 PM tonight!

Here is a audio interview with Barrie talking about life, music, photography, and his gilded time through the pantheon of music legends!