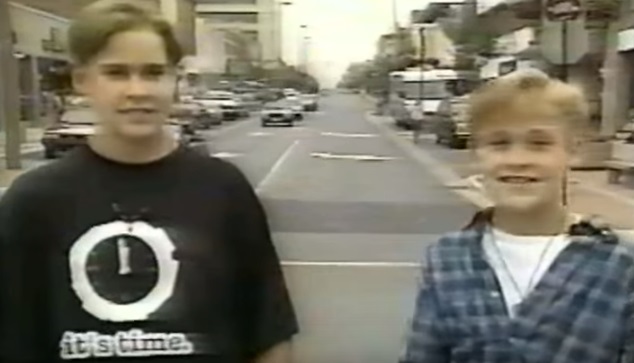 That’s the big question after TAG Cornwall, which is the city’s public art gallery, a local charity that is about to celebrate its 30th anniversary in its current Pitt Street location.

Gosling, who grew up in Cornwall before landing it big in Hollywood has shown that art and talent can emerge from the city.

The gallery reached out to Ryan via his publicist Robin Baum in Los Angeles:  (excerpt below)

Last year the city cut our funding to zero.    We have hung on for a year, but some of the same type of monsters and bullies that Ryan knows so well from his childhood are sitting on city council.    As I’m sure Ryan knows there are some arts in our city, but not nearly enough.
Losing this resource would be an utter tragedy.
I know Ryan has a complicated history with Cornwall, but if he can find some time and resources to assist us in anyway it would save the gallery.
Cornwall doesn’t have a lot and maybe it doesn’t deserve a lot, but some of us still try, and frankly every day the gallery stays open is a thumb in the eye to the bullies that run this town.
We’re open to any assistance Ryan and others can offer.   We just had a fund raising exhibit by legendary British music photographerBarrie Wentzell who has retired to Toronto.  He was so moved that he donated $5,000 worth of his prints and has now joined our board of directors.   City Hall actually refused to assist us with marketing and even refused to have the event published on the city facebook page.
As Ryan has proven, magic and art can emanate from our city.
We don’t want to just save the gallery, we want to ensure its future, and we want to purchase the building we’ve been in for 30 years as the landlord has put it up for sale as well.  ($350K)
Some info about TAG.   {The Art Gallery of Cornwall}   We’re a registered non profit charity.
We have hundreds of kids exhibit their school work in the Spring.  All exhibits are free entry.  We now have a new artist guild that allows artists to pay reduced commissions on sales, and are going to be creating a web portal for sales of their art.   This year we are hoping to add our “Annex” which will create studio space for 10-12 regional artists (this includes the Akwesasne First Nation’s reserve.)

The city not only cut the gallery’s funding to zero in 2015, but even refused to move over monies from the Lift Off fest that folded or even promote gallery events on the city’s facebook page.

The gallery is hosting a public information session on Monday February 8th, 2016 at 7PM in the gallery to find solutions to saving it.   They just issued a press release Friday.

On Monday February 8th, 2016 at 7 PM the public is invited to attend TAG Cornwall (168 Pitt Street) for an open meeting to discuss saving the City’s public art gallery.

2016 is the 30th anniversary of the Gallery on Pitt Street, but due to city funding cuts the gallery is facing challenges, and can only survive if the community supports it.

The board of TAG Cornwall has therefore called this meeting to see if solutions can be found to save the gallery or it will be announcing a closing date at its upcoming AGM.

Area politicians will also be invited to attend the meeting.

While there is some talk of building an art centre, the city has over taxed the Progress Fund revenue so that it is costing more to pay its share of the Benson Centre than the interest the fund makes.   Those monies do not include expenses; only the city’s share of building the $35,000,000.00+ facility.
.
There are more people that practice the arts in the region, yet almost 100% of funding goes towards sports.
.
Gerry Benson of the Benson group has already refused to support the gallery even though he was happy enough to ask residents to cough up over $100,000.00 in study money for his vanity university project.
.
CFN can confirm that the gallery has heard from Ms Baum, one of Hollywood’s most powerful publicists (SLATE), but have yet to have an answer via her talented client.
.
The gallery is getting creative in finding solutions to ensuring its successful future in downtown Cornwall.
.
What do you think dear CFN viewers?  Can art and culture be saved in Cornwall Ontario or will the gallery go the route of Cornstalk, Lift Off, Winterfest, and just about any other cultural institution in the city?    You can post your comment below.

Will Ryan Gosling Help Save the Cornwall Ontario Public Art Gallery? JAN 24, 2016 added by admin on January 24, 2016
View all posts by admin →