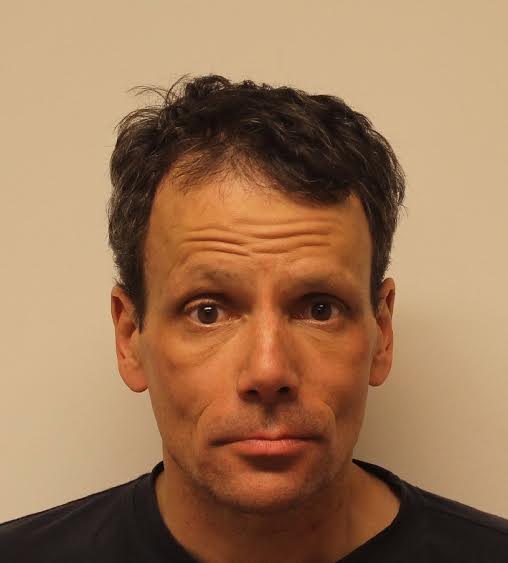 Kingston Police had 166 calls for service during the weekend of January 23-24, 2016. Some of these included:

There were 16 individuals in cells over the weekend with six men, between 14 and 33 years of age, either recently arrested or being held to attend bail hearings for the following offences: impaired driving, possession of stolen property, surety removal and various breaches of court orders.

Kingston Police is assisting in the search of an inmate who recently walked away from a local federal penitentiary.

At approximately 11:15 a.m. on Saturday, January 23 Correctional Services of Canada (CSC) staff discovered during a head count that 50-year-old Marc C. LEROUX was unaccounted for at the minimum-security unit at Collins Bay Institution, 1455 Bath Road.

CSC immediately contacted the OPP Joint Forces Penitentiary Squad and members of the East Region team, including Kingston Police members, are actively seeking Leroux. A Canada-wide warrant has been issued for his arrest and all Kingston Police officers have been advised of his status.

Leroux was serving time for a Kingston Police conviction of break and enter from 2014 plus failing to comply with a condition order. He is known predominantly for property crimes, but if believed seen members of the public are advised not to approach him but to call 9-1-1 or the local police service and advise of any descriptors, location, licence plate if associated to a vehicle, and last known direction of heading.

Leroux is described as Caucasian, 50 years of age, 5’9” in height and weighs 177 pounds. He has a medium complexion, brown eyes and brown hair.

Multiple reports of theft at two downtown bars over the weekend indicate the same suspect or strategy is being used to part cell phones, and access to them, from their owners.

In November of 2015 Kingston Police advised of multiple concerning reports from women involving a male, who appeared to be the same suspect in each instance, stealing their phones but also tricking them into providing their Apple ID information. At least nine reports were taken by Kingston Police over the January 23-24, 2016 weekend, indicating the likelihood this scam and suspect has returned.

Apple has made it more difficult for thieves to resell stolen iPhones as the device cannot be reset without the owner’s Apple ID via their email address and password. What the suspect has done in most of these cases is stolen their phone from purses and even back pockets at both “The Ale House” and “Stages Nightclub,” licensed establishments in the entertainment district near Princess Street and Division Street. He then removes the phone from the protective case, approaches the women with just the empty case and asks if they may be missing their phone.

The women realize their phone is gone and the male, under the guise of being helpful, pulls out another iPhone and says if they enter their Apple ID into it he can use the “Find My iPhone” app to assist in locating their device. Now that he has the Apple ID he can easily reset the phone and sell it to someone else. Additionally, and perhaps more concerning, the suspect has the ability to gain personal and banking information by gaining access through this account.

The male was described in these circumstances as being between 25 to 30 years of age, 5’6” to 5’10” in height, medium to stocky build, tan skin or darker complexion, and short dark hair. The women have spoken to other friends who have had similar recent experiences.

Kingston Police urge caution if a stranger attempts to use the same technique. If trying to locate a missing device with the “Find My iPhone” app only use a trusted friend’s phone, and even if doing so enter your own email address and password so no one else knows what it is. Also remember to sign out of the app from the friend’s phone so they cannot continue to track the device in the future. As a deterrence always use a password or Touch ID for your device. Lastly, be sure to setup the “Find My iPhone” capability in Settings>iCloud>Find My iPhone. You can also allow the setting to automatically send the location of the device to Apple when the battery is critically low. However, this will not be of any assistance if the thief turns off the phone.

If a similar experience occurs try to change or reset your Apple ID password immediately from a computer, report your phone stolen or missing to Kingston Police, and contact your wireless provider as well for further support, as they can both blacklist the IMEI number so it can’t be used in Canada and provide the serial number to give to police to list the phone as stolen on the CPIC (Canadian Police Information Centre) database.

A 23-year-old man from Cobourg has been charged with impaired driving and being in care and control of a motor vehicle while over the legal limit.

At approximately 7:00 p.m. on Sunday, January 24 Kingston Police uniform patrol officers were dispatched to the area of Dickens Drive and Mowat Avenue in relation to a vehicle stuck at the corner of the intersection. A concerned citizen had originally attended to render assistance to push out the car but noticed a disturbance between the occupants and instead contacted police.

The attending officer observed three men in the vehicle with the accused sitting in the driver’s seat. Observations of impairment by alcohol and an almost empty bottle of rum inside the car were made, and the man was consequently arrested. A breath demand was given to him and he was transported to police headquarters, where readings taken indicated he was almost four times in excess of the legal limit of alcohol in his bloodstream.

The accused was held for a bail hearing as this was not his first impaired driving charge and has a prior conviction. His driver’s licence is automatically suspended for 90 days and would face a one year suspension if convicted. The vehicle was seized and impounded for seven days, with the accused being responsible for all fees and fines.

Additionally, an assisting officer spoke to one of the two passengers inside the vehicle and identified a 20-year-old Kingston male who showed evidence of drinking himself. When the officer ran the man’s name it was discovered he was currently before the courts, charged with break and enter, and on conditions not to consume alcohol. He was subsequently arrested, charged with breach of an Officer-in-Charge (OIC) Undertaking and also held for a bail hearing the following day.

Kingston Police has set a commencement date of March 20, 2016 to reduce its front desk hours of operation as part of a cost savings and efficiency review in consultation with KPMG.

While the target date for the change was originally to be at the end of January, 2016 this has been modified due to logistical matters and staffing schedules. Beginning on March 20 the front desk will open at 7:00 a.m. and close at midnight.

During the hours in which the front desk is closed phone calls can still be made through the non-emergency line of 613-549-4660, and for emergencies dial 9-1-1. Persons attending the station after hours can still use an installed phone inside the front vestibule of police headquarters that will directly call Communications staff, and an officer can attend if required.

After hours phone at Kingston Police H.Q. to be used beginning March 20, 2016