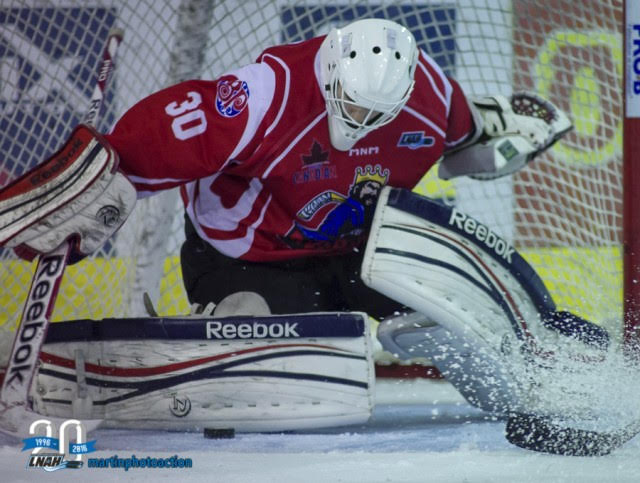 CORNWALL Ontario – The River Kings are red-hot and the LNAH has taken notice.

Karvouniaris backstopped the River Kings to a 2-1 shootout victory at St-Georges last Friday with a 34-save performance.

Not to be outdone, Corsi stood tall in goal for the River Kings with a 30-save outing in Sunday’s 3-1 home-ice victory over the same Cool FM.

Newly-acquired power-forward Keven Veilleux received honourable mention from the LNAH. Veilleux scored all three River Kings goals in Sunday’s game, which was played in front of a season-high crowd at the Civic Complex.