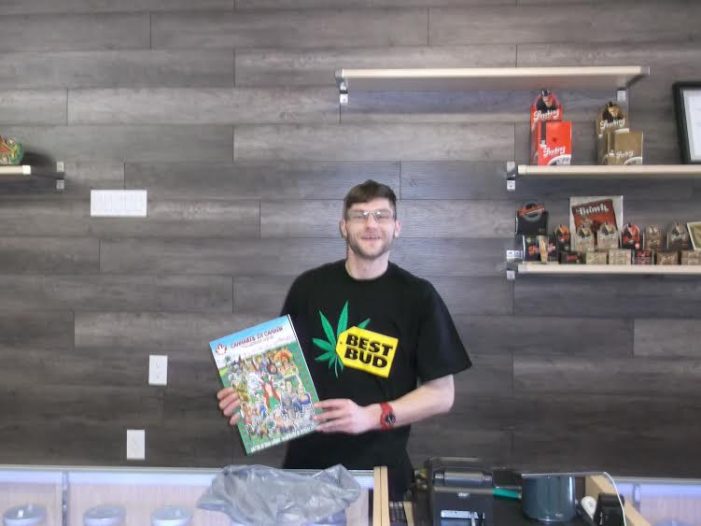 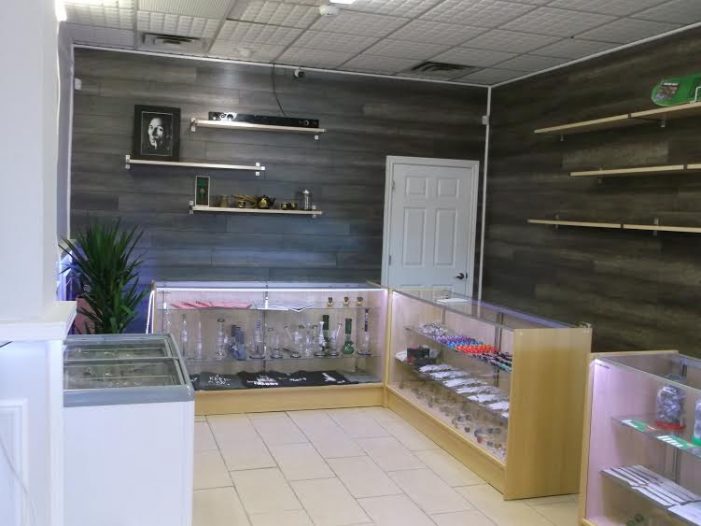 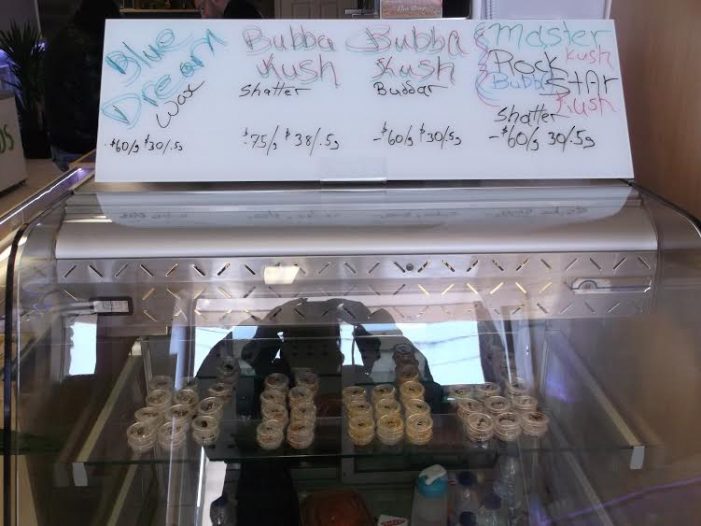 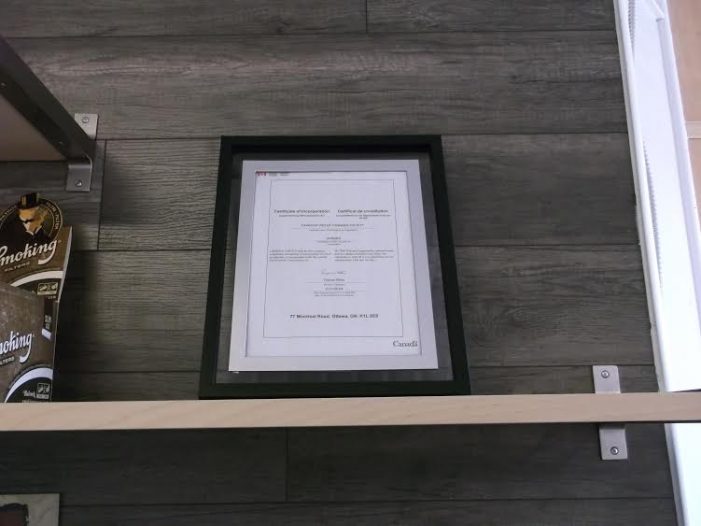 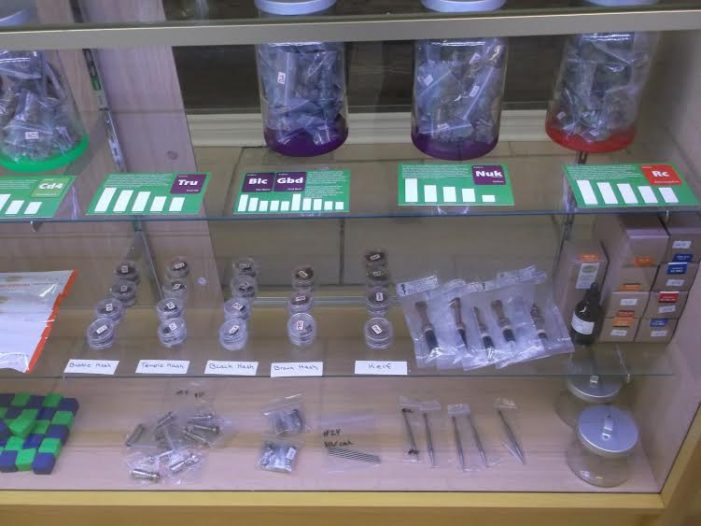 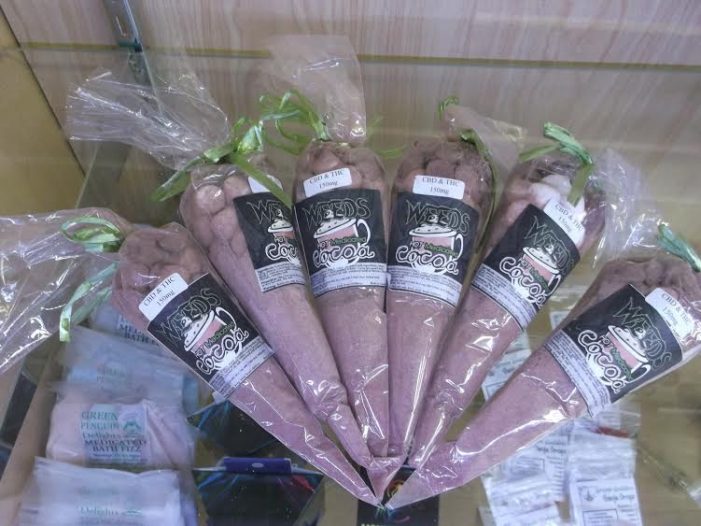 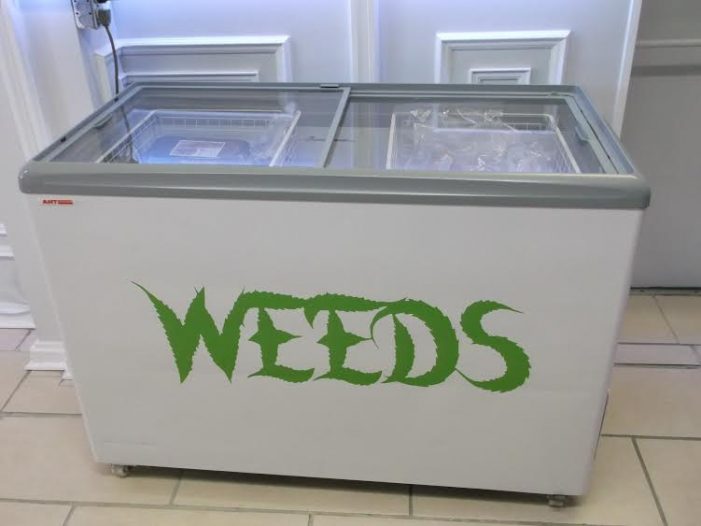 When clients open the door at Weeds on 77 Montreal Road in Ottawa they face their first choices. Will it be Blue Dream, Bubba Kush shatter or Bubba Kush buddar as their initial smoking option at sixty to seventy-five dollars a gram? Would they like Keif, Brown, Black or Temple Ball hash with that? Weeds sells marijuana and all its derivatives in both edible and raw form in attractive packaging behind glass counters and temperature controlled coolers. Brand name cocoa, bath salts, shatter, hash, bongs, books and manicured bud are all available and on display in their clean and well lighted store. Information cards detailing the contents and qualities of each product are adjacent to their apothecary like jars. Security is all and more than you can see in the age of wireless computers, panic buttons and a product that compares to the price of silver and gold bullion.

“Membership is free and we are selling at compassion prices from $8.00 a gram for outdoor and $12.00 for everything else, tax included. We take cash,debit and credit cards.” The dispensary manager, Mr. Dumond was a lead hand carpenter, building circular stair-cases for a variety of main-stream construction companies. As the years of toil went by, Nick’s hands began to swell and become painful due to, “One of the worst cases of carpal tunnel syndrome my doctor had ever seen. Soon the doctor had me up to using 80mg of Oxycodone every day. I looked at myself and my kids and I knew something was very wrong. After one month of awful withdrawal I replaced the Oxy’s with marijuana.” Nick said, ” In order to give medical autonomy to people, Weeds does not require a medical marijuana card to dispense marijuana. Not everyone has $250 to $400 to go through the process. Bring us a prescription for any medicine you are currently taking that is related to symptoms seen to be alleviated by marijuana and that is sufficient.” “We take your details and create a free membership card for you. The information is stored and encrypted on an off line computer. Adult photo ID is required. We aren’t buying local. It’s all tested at head office and shipped in from Vancouver,” Nick held up a copy of Dana Larsen’s Cannabis In Canada, The Illustrated History, ” Look at Marc Emery selling High Times door to door just to pay the rent. Guys like him and Don Briere have laid the sod for here and the world. You gotta respect guys like that.” Weeds has their store front in Ottawa at 77 Montreal Road. They are open from11am to 8pm Monday through Saturday. The phone number is 613-695-6420.
Roy Berger is a contributor to Fogel’s 2015 Underground Comic Book Guide.http://www.hippycomix.com/ and author of 2012 Rabbits http://www.amazon.ca/Rabbits-Happy-Apocalypse-Shortwave-Radio-ebook/dp/B005CBFR9G