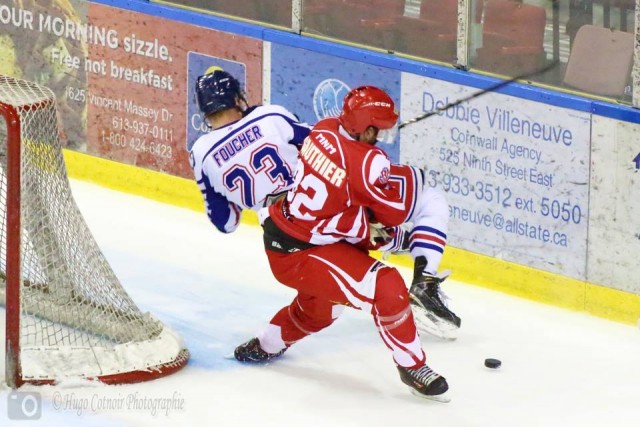 Popular River Kings forward Alexandre Gauthier was involved in a head-on collision and is in a coma fighting for his life.

The car accident occurred this morning in Saint-Gédéon, QC.

“Obviously hockey takes a back seat at a time like this,” said River Kings general manager Rick Lalonde. “Alex is so well liked in our dressing room and he’s in all of our prayers right now.”

The 27-year-old Gauthier was acquired from Jonquiere earlier this season and he has appeared in six games for Cornwall. The feisty forward has quickly become a fan-favourite at the Civic Complex.

“Alex and his entire family are in our thoughts and prayers at this time,” said owner Steve Moreau.