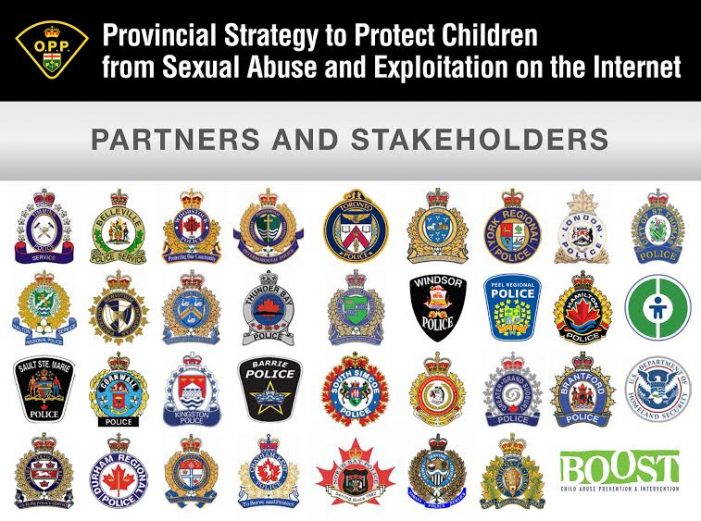 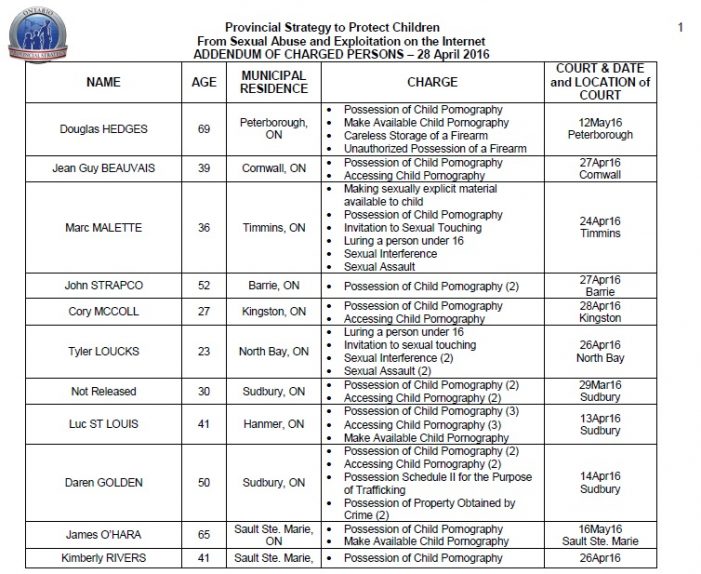 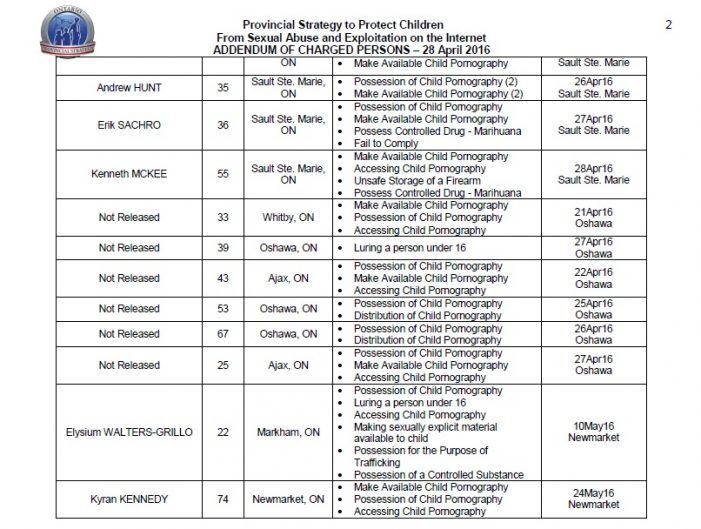 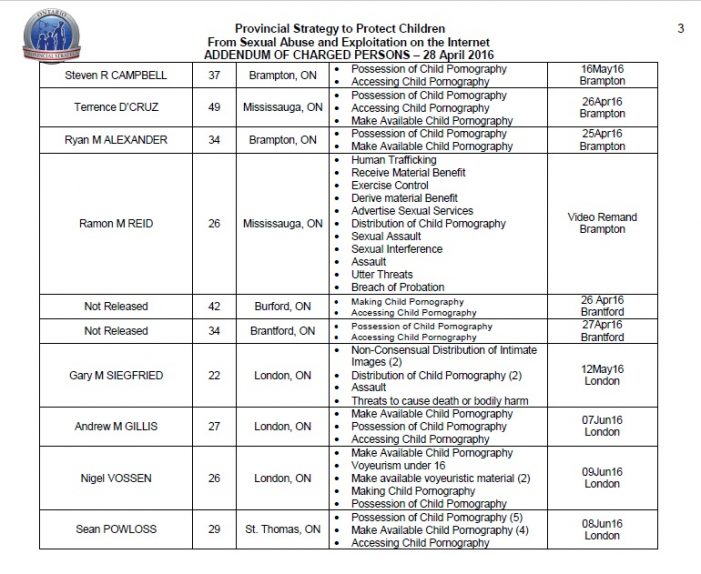 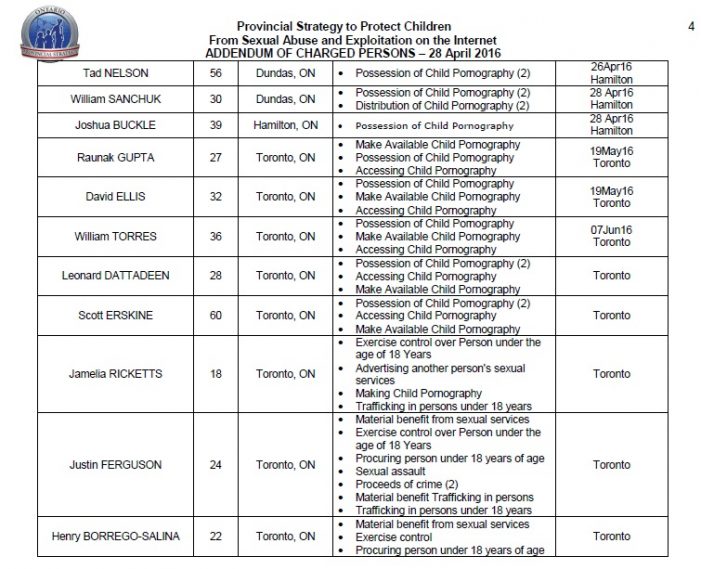 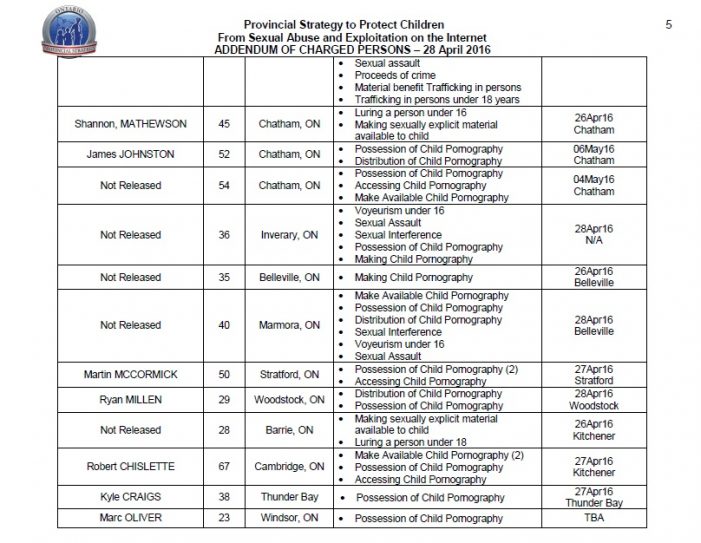 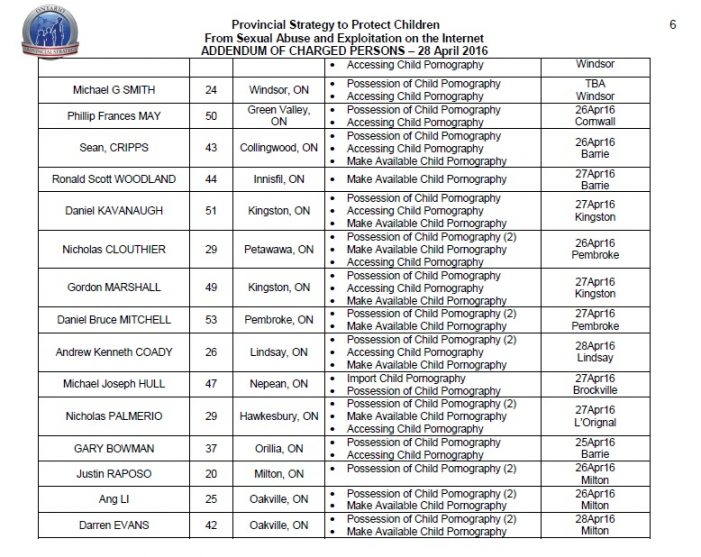 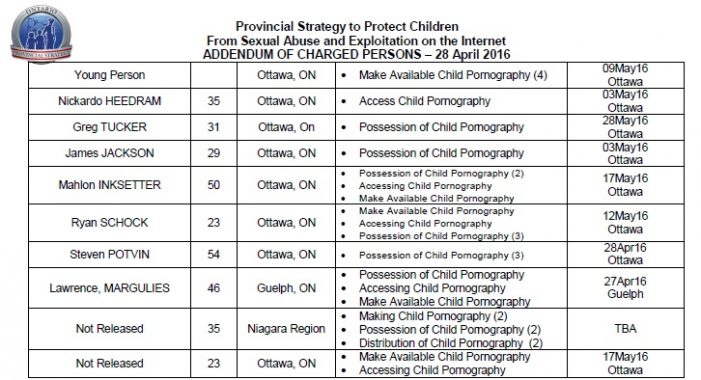 (KINGSTON, ON) – As part of a massive, coordinated investigation by the Provincial Strategy to Protect Children from Sexual Abuse and Exploitation on the Internet, a joint forces initiative between the Ontario Provincial Police and Kingston Police has resulted locally in the arrest of two men, and a separate investigation by Kingston Police of a third male, totaling 11 charges in relation to images of child sexual abuse. Beginning in October of 2015 investigations into online peer-to-peer possession, accessing and sharing of child pornography was initiated by the OPP Child Sexual Exploitation Unit and then involved the Kingston Police Internet Child Exploitation (ICE) Unit once it was determined two men resided in Kingston. Both agencies executed search warrants and arrested the two men in Kingston on April 26. A separate investigation was initiated by Kingston Police in February of 2016 where an associate of a man discovered what they felt to be child pornography on his computer. Officers seized the computer and ICE detectives executed a search warrant to have it contents examined by a Kingston Police Electronic Crime officer. Investigators were assisted in each investigation and arrest by Kingston Police uniform patrol, Kingston Police Emergency Response Unit (ERU), and Electronic Crime officers from both agencies. “We have a duty to protect the most vulnerable in our society. Children must not and cannot be abused and to have such images proliferate around the globe only perpetuates their victimization. We stand strong against the individuals who commit such criminal offences, often unseen and bold enough to be thought anonymous. The professional and exhaustive work of our investigators, computer crime analysts and support staff will shed light on their activities and hold them accountable. The partnerships we have with the OPP, other municipal police services and both provincial and federal agencies advances our work and ensures its continuing success.” – Staff Sergeant Chris Scott, Supervisor of Kingston Police Criminal Investigations

“The most fundamental responsibility of any society is to protect its children. Every child has the right to be nurtured and the right to be safe. The Provincial Strategy demonstrates the success that police services worldwide can achieve when working together and sharing our best practices and information.” – Chief Superintendent Don BELL, Commander of OPP Investigation and Support Bureau