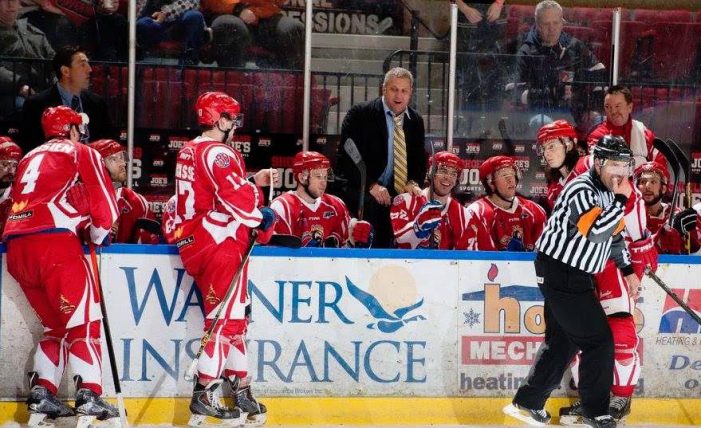 CORNWALL — The River Kings will have a familiar face behind the bench when the puck drops on the 2016-17 LNAH season.

Veteran bench boss Bob Desjardins will return in the fall as the team’s head coach.

“I’m really looking forward to starting the season in Cornwall,” said Desjardins, who came to town in the middle of the last two seasons. “We will be ready.”

Desjardins would like his team to be built with character players who play with passion and emotion.

“We have a good core here in Cornwall,” said Desjardins. “We have to add to that core now.”

“It’s good to have Bob coming back,” said general manager Rick Lalonde. “We have been working closely together preparing for the draft in June and looking at options to continue to improve our team.”

The big focus right now for Lalonde and Desjardins, who also serves as Cornwall’s assistant GM, is the LNAH draft.

The River Kings have the 1st and 2nd overall picks.

“With the top two picks, it gives us so many options and we are exploring them all,” said Desjardins.

Talks are always ongoing with players who will not be returning to Europe or the United States as well.

In the meantime, season tickets are currently on sale for the 2016-17 season.

River Kings fans who purchase season tickets online prior to July 1 will receive a free replica jersey. The tickets can be purchased at www.cornwallriverkings.ca.

Coach Bob Desjardins to Return to Cornwall River Kings for 2016-17 LNAH Season added by admin on May 21, 2016
View all posts by admin →