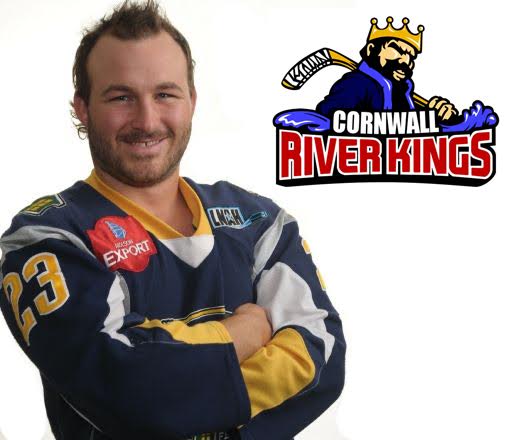 The 10-year LNAH veteran is already well known to Cornwall fans and will quickly become a fan-favourite at the Civic Complex. In 303 regular season games with Sorel, St-Hyacinthe and Thetford, Lariviere has earned 2,026 penalty minutes.

The 33-year-old will bring leadership into the River Kings dressing room.

Head coach and assistant general manager Bob Desjardins is thrilled to have Lariviere in the fold for the 2016-17 season.

“He’s exactly the type of player we need right now here in Cornwall,” said Desjardins. “He’s a tough character and Martin brings leadership into our dressing room as he’s won before in this league.”

“We’d like to thank Maxime for his time with the River Kings,” said Desjardins. “We loved having him in Cornwall but this is a deal we had to make.”

Up next for the River Kings is the LNAH draft, which will take place Saturday, June 18 in Sorel.