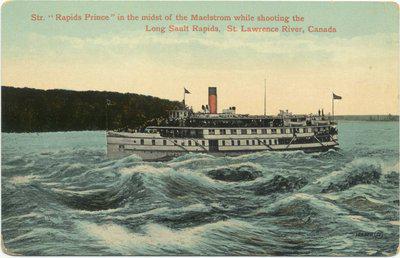 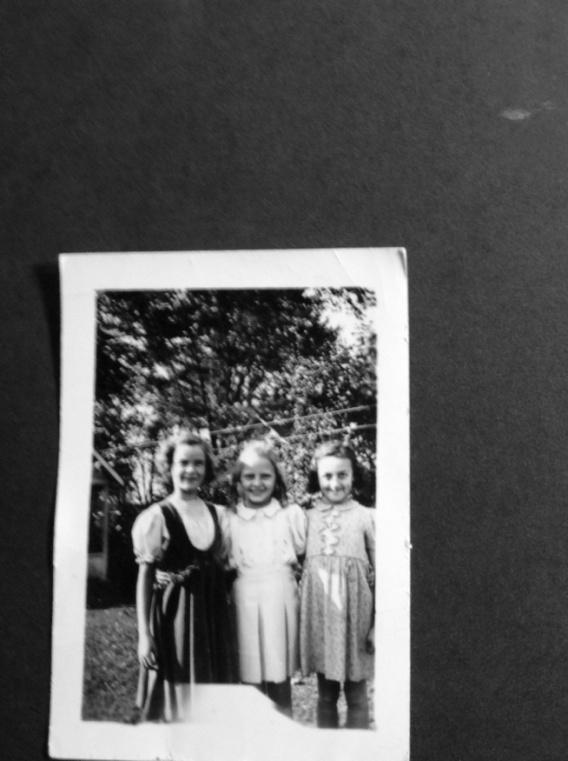 One thing I love about living in Cornwall is that we have easy access to the beautiful St. Lawrence River.

Lamoureaux Park is situated on the banks of the river which enables us to meander along the path and enjoy the flowing water. We can sit on benches and watch the mother ducks with their little ones bobbing up and down on the moving water or see a blue Heron dipping into the water to catch something to eat. Seagulls swoop around in hopes there will be a crumb of food to snatch. They post sentries on the light posts, just in case.

Some years ago I used to like to go to the area west of the RCF Wing where the waters of the old canal take a sharp turn and stream down to the river. There is a waterfall there and in days gone by you could sit along the area.

Herons used to do a lot of fishing there and was great to watch their skill. It was really a nice tranquil spot with the water cascading down and splashing into the stream. At any given time, two or three people would sit and relax for awhile. Now it is bushy and not available any longer as a resting spot.

I think sometimes of the old days when the Rapids were nearby. I try to remember what they looked like and where they were located, like at the Sheikh’s Island lookout. I had a sailor doll when I was young which had belonged to an elderly friend. It was a souvenir of the Rapids Prince, one of the three steamer boats which sailed through the Rapids down the St. Lawrence River. My friend told me that she used to go to Montreal on that boat. Imagine being in a big boat sailing on the Rapids. Must have been a bit scary or very enjoyable for some. The two sister ships were the Rapids King and Rapids Queen. I remember seeing a picture of the Rapids Prince, sailing through the Rapids, which hung in the reception office at the front entrance of the old Hotel Dieu Hospital. Whenever I saw it, I wondered what had happened to that cute sailor doll I had. It would be a real antique today. Just when I thought I had Tiger Boy, my big furry cat, all figured out and knew what he was up to, he surprises me. I wouldn’t mind so much if it wasn’t just as I am dozing off at night. The odd time I have rolled over to have two catnip mice in my face. His cache of ‘cat pot’, as I call it. Now he has a new trick lately. All is quiet. I am almost asleep and then big thumps on the bed as he runs around throwing a mouse in the air and then tearing after it..Sometimes landing on MY tummy. OOOwww….thanks a lot!! Boy, did I wake up fast!!The bed is only so big.

Then the mouse sooner or later falls on the floor and he looks at me like, “go and get it!” That cat has all day to play with that mouse. One night when the mouse fell off the bed, I ignored him so he jumped off and came back with it. Then he jumped off again and came back with another one. He curled up with his ‘cat pot’ mice and went to sleep. Very cute. I am now wide awake . As Ralph Cramden said to Alice in the Honeymooners: “One of these days Alice…to the moon!!”

My friend Myrna Plumley-Watt from Kingston sent me this old photo of Ruth Bringloe, Myrna and I. She had received it last year from Pat Bogsted, (nee Gallinger) after Pat’s mom Phyllis Gallinger had died at the age of 100.

Pat had been our Sunday School teacher at Trinity Anglican Church when we were kids. We apparently had a party at her home on York street and this is where the picture was taken. As Myrna said, “It’s a long time ago”. The Disabled World newsletter lists a whole range of Disability products and home and health medical aids. An unusual one is an Ez-Bathe inflatable bathtub with accessories and wet-dry vacuum. The tub inflates to 71 inches. Another unusual one is a Type Aid which helps people with limited functional hand skills to accurately press keys on a keyboard, typewriter adding machine, calculator and telephone as well as microwaves and other push button key pads, according to the ad. Go to http://products.disabled-world.com/ for more information. Apparently these and many items are available through the Disabled World Health and Disability Store.

One of their newsletters also explained a ‘Senior Moment’. The definition is defined as: ‘a lapse of memory, logic or mental function which is a typical or unusual’. An individual suffering the event may not necessarily be advanced in age, although senior citizens are more likely to experience an occurrence and forget something in a way which is thought to be typical of the elderly, according to the article.(http://www.disabled-world.com/news/senio/moment.php)

This is interesting because I had just read an article on the internet by Psychology Professor Gabriel Radvansky about walking through doors causing forgetting. How often we go into a room to maybe get something and, once we are there, pause to try and think just what it was we were going to get or do. New research at the University of Notre Dame University suggests that it is the passing through a doorway which causes these memory lapses. They conducted three experiments, according to the article, using college students as subjects in both real and virtual settings. Professor Radvansky explains that: Entering or exiting through a doorway serves as an ‘event boundary’ in the mind which separates episodes of activity and files them away.” He goes on to explain that: “Recalling the decision or activity that was made in a room is difficult because it has been compartmentalized.” Who’d of thought? Next time I can’t remember something in another room, I won’t think it is just because my memory is getting worse. Go to: http://psychology.nd.edu/faculty/faculty-by-alpha/g-a-radvansky/ or go to : http://news.nd.edu/news/27476-walking-through-doorways-causes-forgetting-new-research for more interesting information.

An elderly man who had had a nip too much called 911 on his cell phone to report that his car had been broken into. He was hysterical as he explained his situation to the dispatcher: “They’ve stolen the stereo, the steering wheel, the brake pedal and even the accelerator!” he cried.

The dispatcher said ,”Stay calm. An officer is on his way.”

A few minutes later, the officer radios in, “Disregard”, he says. “He got in the back seat by mistake.”

Seniors Situation Room by Dawn Ford Walking Along Lamoureux Parc in Cornwall JULY 16, 2016 added by admin on July 16, 2016
View all posts by admin →