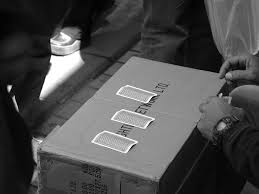 Cornwall Ontario – Sources have confirmed to CFN that City CAO Maureen Adams wanted the Clement Marina Condo project kept in camera, but that some on council stated it wasn’t an in camera issue which led to a 6-5 vote to move the issue to PAC. Because the meeting was in camera CFN cannot confirm […]

One thing I love about living in Cornwall is that we have easy access to the beautiful St. Lawrence River. Lamoureaux Park is situated on the banks of the river which enables us to meander along the path and enjoy the flowing water. We can sit on benches and watch the mother ducks with […]

A Perspective on the Future of Cornwall Ontario by Harry Valentine – LTE Aug 26, 2014

CORNWALL Ontario – Mayor Bob Kilger of Cornwall Ontario did it again.   Rumors are that the local Corus Radio station and he are not on speaking terms because of a staffer that let him have it on his last day.  ERIC SPENCE STORY Bobby holds grudges.  He loves to spend city dollars on his […]