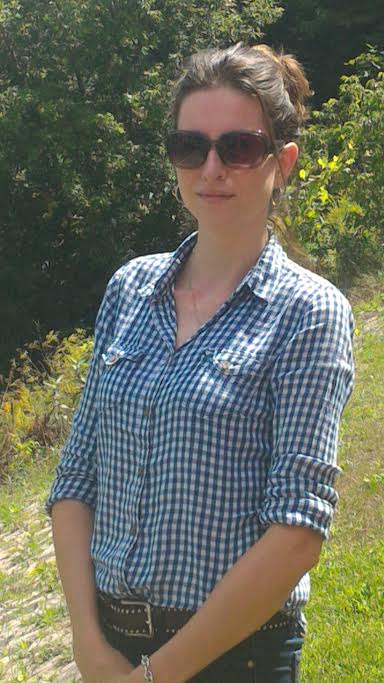 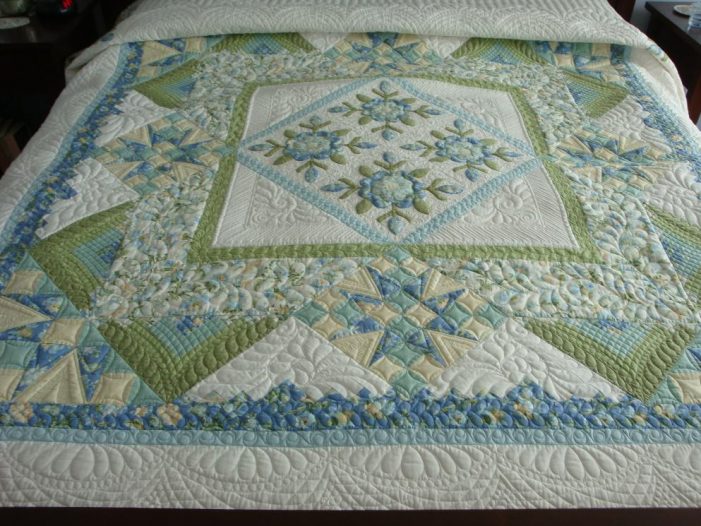 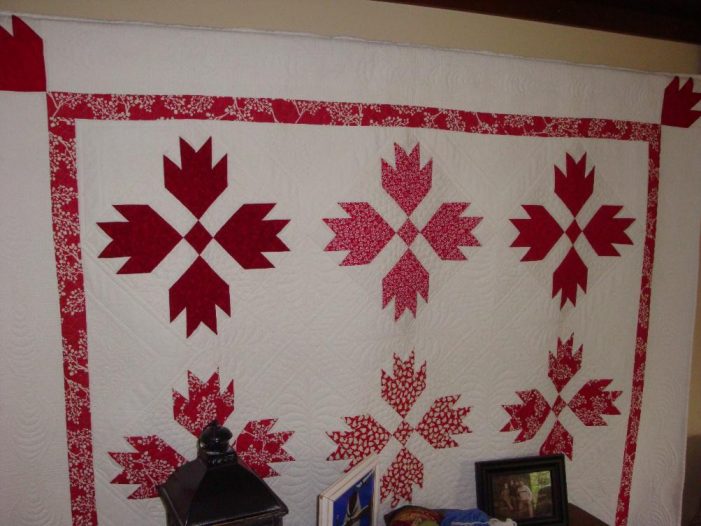 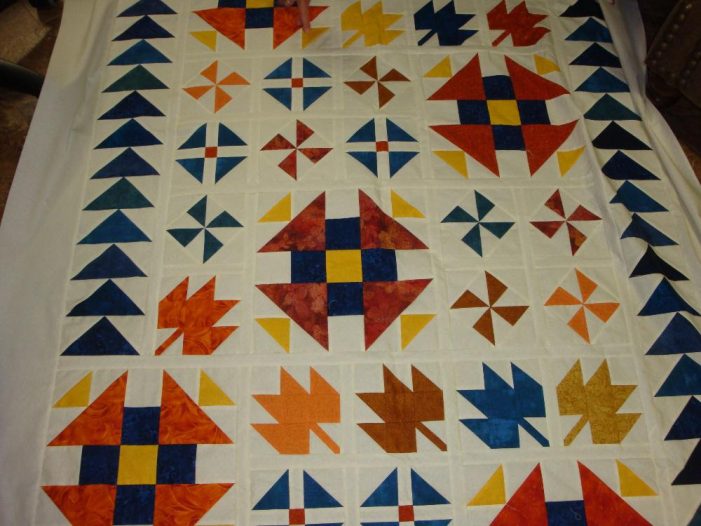 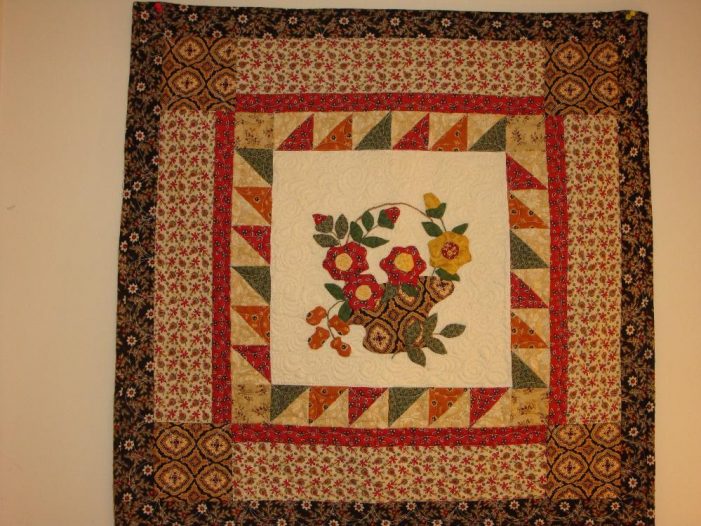 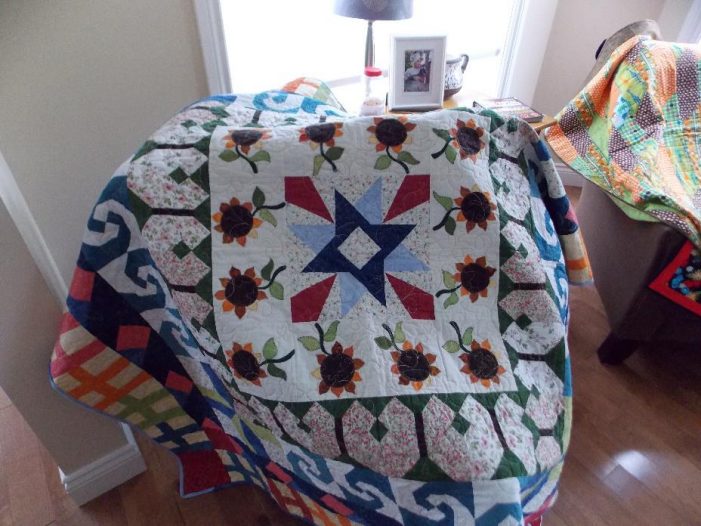 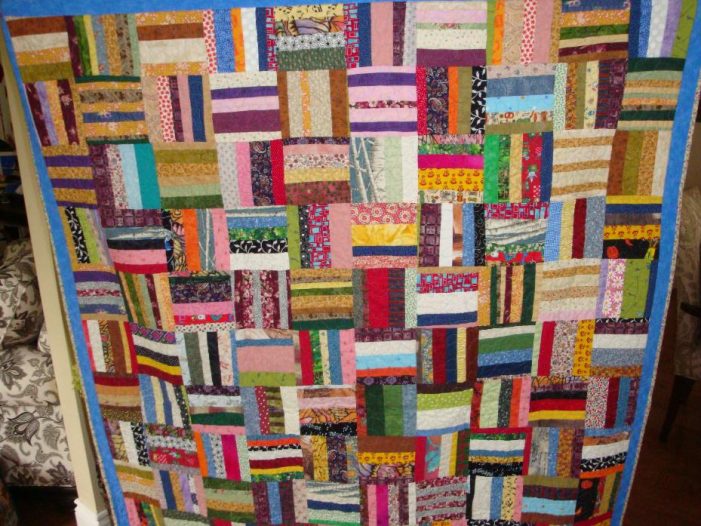 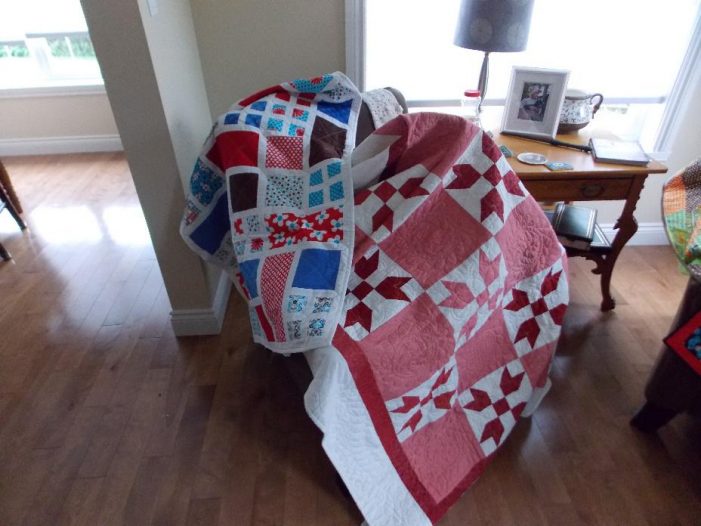 Did you know that there is a nation-wide quilt drive happening right now to benefit the families affected by the Fort McMurray wildfire? Neither did I…

Today I had the pleasure of interviewing Monique Wilson. Monique is our local Canadian Quilters Association representative who is collecting quilts from our area to be donated to those affected by the Fort McMurray 2016 wildfire; the costliest disaster in Canadian history to date. They have set a goal of collecting 100 quilts and I am very pleased to report that we are almost halfway there! Some of the quilts will be on display Saturday, Sunday and Monday at the Stormont County Fair in the Community Hall over the Labour Day weekend for anyone who wishes to see them. Monique is from Glengarry County and she’s been quilting for roughly 30 years. She started the Highland Quilters Guild in 2007 and was the acting president for the first 5 years. Starting with just 7 members, they have outgrown their meeting space a few times over the years to accommodate their now over 50 members! I have to say, if the meetings are half as interesting as Monique it is plain to see how they’ve grown to “sew” many numbers over the past 9 years. She oversaw the S.D.&G 2015 International Plowing Match’s quilt show where around 120 quilts were entered for judging and display. This was a 3 year role for Monique, having monthly meetings 3 years in advance to set the themes (I am reminded that quilting is not a speedy hobby…). There was a pre-show in Finch at the arena where they filled up the whole rink-pad with quilts to be judged and categorized in preparation for the IPM; their ultimate goal being to promote the art of quilting was easily exceeded! She is also a member of the Canadian Quilters Association.

It seems it all started when Monique was growing up. She was always exposed to sewing, as her mother is an extremely talented seamstress and quilter, and her grandmother was a fellow quilter with the original old-school cardboard templates. I hear those were fun! Her grandmother gave her a quilt and it inspired her to attempt one of her own. She settled on a log cabin design, but of course, the biggest one she could make. She took a class by Charlotte Bender and was immediately engaged with the modern tools. She quickly took to the new way of doing things, with rulers and cutters; there would be no more cut-outs for this lady. She told me about how the log cabin quilt was huge, with all its small cut-out bits and done in typical 70’s pink and blue calico colours.

She has made many, many quilts over the years and she showed me one of her favourite quilts, and honestly, it is one of the most beautiful quilts that I have ever laid my eyes on! And she even designs her own quilting patterns!

Monique says it is the perfect mix for the artistic and mathematical brain! She is currently offering her Gammill Longarm quilting services for anyone who has a quilt top that needs to be quilted. She runs this endeavor under the name “Apple Hill Quilting and Designs”. Fast-forward to now, Monique was looking for ways to help the Fort McMurray residents and she stumbled across the quilting drive online and realized it was something she could get behind. She herself has survived a house fire and knows all too well the struggles that go with having to rebuild one’s life and how to prioritize what to replace, because let’s face it, insurance may rebuild a person’s home, but there is never enough money to replace all of the contents and comforts of home, and realistically speaking, some of the contents in every family’s home are considered priceless. Things no amount of money could ever hope to replace. And, seeing as how winter is coming in a few months, this drive is perfectly timed to help those residents in need and also give them a keepsake gift that was made, and given, with love. (590,000 hectares of Fort McMurray and surrounding areas burned before the fire was deemed under control in May of 2016. Residents were allowed to return home June 1, 2016.)

There are a few guilds in this area that are directly involved with this donation drive, and some quilt donations have even come from people who aren’t part of any guild. Helen Couture, representing the Cornwall Quilt Guild has collected quilts for the drive, as has the Highland Quilters Guild and the Upper Canada Quilt Guild, who are all participating in the nation-wide drive. The Highland Quilters Guild have even been holding special “sew days” specifically for the Fort McMurray quilt drive. The Highland Quilters Guild have donated over 25 quilts to date! Others from Pointe-Claire and Gatineau have also sent quilts to Monique for donation! She is blown away by the support and people who have come forward to donate and to help her make a difference. The quilting drive in the S.D. & G. area is closing September 15, 2016; however, any last minute quilts can be dropped off at the Highland Quilters Guild meeting on September 26th, 7pm at the Monkland Community Centre. All are welcome.

***Monique Wilson can be contacted at moniquewilson3278@live.com.