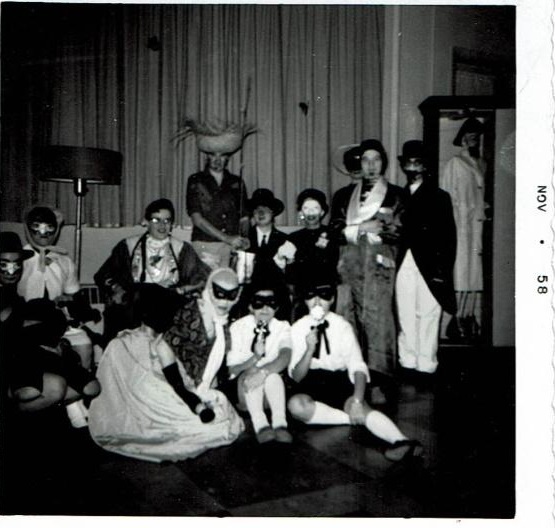 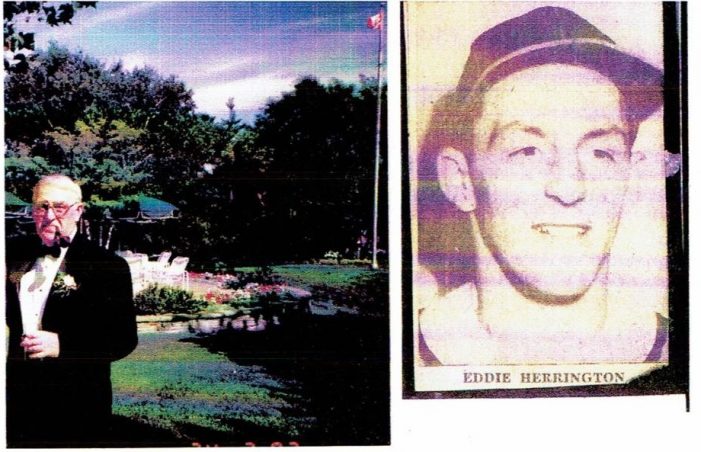 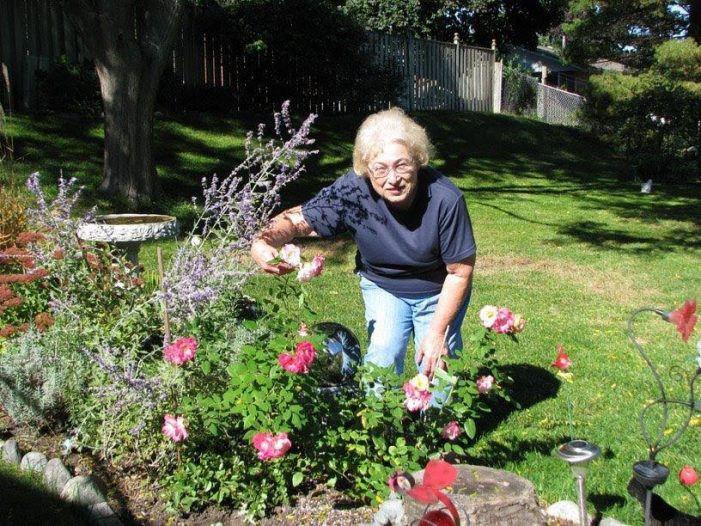 Halloween was a lot different when I was a kid than it seems to be today. You would see streams of children who were on either side of the streets in various costumes; a lot of their get-ups were homemade. The children carried their little sacks. My three older brothers Ed, Ron and Gerry used to take us three younger kids out and we were allowed by Mom to go Trick or Treating on Fourth Street between Augustus and York, which was our neighbourhood.

The costumes were a variety of pirates, ghosts, gypsies, cowboys, Zorro’s, hobos, clowns, and anything the Moms and Dads could make into a costume. If it was cold we had warm clothes underneath our outfits. A lot of us wore those black Lone Ranger masks that covered the eye area and nose. Some older kids wore Frankenstein, Igor, zombie, Count Dracula and skeleton costumes. Scary!!

My Mom made homemade fudge, as did some neighbours. We also got chocolate bars, apples, oranges, candies, jelly beans, popcorn and if you were lucky, a box of Cracker Jacks. Some of us carried all our ‘goodies’ in a pillow case. We liked that because they were bigger than a paper bag. Other kids had shopping bags. On our street were lots of kids and friendly neighbours. It was always a great night, even if the weather was chilly.

I don’t know, though, what we would have done if someone had said, ‘Trick’…we weren’t prepared for that. As we approached a door once, a kid was singing, Rudolph, the Red Nose Reindeer’, which we took to be a ‘Trick’ for his ‘Treat. After we had visited the entire neighbourhood, we then would go home with all our treasured loot and see what we would keep and what we wanted to trade with each other. It was an exciting night for all of us.

From the old photo album is a picture of a Halloween party at the CGH nurses residence many years ago. Can you recognize anyone in the photo?? These weird looking people were nurses who maybe looked after you as a patient once upon a time. Scary, eh?? The Family Restaurant at Ninth and Pitt Streets has a sign on the door which reads:” Eat Drink and be Scary”. Lots of scary stuff in there these days. In the front entrance are some goblins type creatures with a skeleton which plays “Dixieland’ on a banjo. When you step into the restaurant, a huge witch offers you candy and it can dance around if you push a button. There are lots of spooks decorating the room such as ghosts, spiders, spider webs, zombies, witches and brooms, other creepy creatures and pumpkins. The tablecloths all have a Halloween theme. Henry and his staff have done a nice job of making it a great place to have some Halloween fun …and the food is good too.

On October 25th.in 1933, a little baby boy was born with red hair and gentle brown eyes. Must have been a cute little guy.He was called Edward Gerald Herrington, destined to be the big brother of the next five children, including me. Ed has been a great brother, mentor and friend.

My Mom always said that Ed was a wonderful son. He grew up to be an excellent student as well as a fine athlete playing hockey and softball. There is a photo of him in his hockey uniform displayed in the sports gallery at the Civic Complex in Cornwall. He also won trophies for his excellence in sports.

Ed played the guitar in his teens and sang Country and Western songs mostly. He loved to sing Eddie Arnold songs. When he played ‘Jambalaya’ for my little brother Brian, the little guy would dance around and sing too. It was a happy time for them.

Ed smoked a pipe for years and when a problem would come up which required a solution, he would say, like Sherlock Holmes, that” This may be a two or three pipe problem”. He taught me to ‘not live in the past’ and said to ‘always do the math’, besides other helpful advice. He taught me as a young teen how to jitterbug which was great because there was lot of dancing ahead. He has always been a lot of fun with a great sense of humor.

He is in Mississauga. We send him all our love and best wishes for a very happy 83rd. birthday from all the family. Love you, big brother. I am not sure if my cat Tiger is getting senile or smarter. I woke up one night to feel fur on my foot. Yikes!!What was that?? It was Tiger, all curled up sound asleep at my feet. I don’t want to bop him on the beanie with the bottom of my foot or stick a toe in his ear. Really, Tiger, most feet don’t smell all that great all the time either. But every once in awhile, he is there. I think it is a stadegy because all he has to do is lick my big toe with his rough tongue and I am wide awake. That is for sure!! Chow time. He wants to get fed and knows how to get it. Doesn’t matter to him that it is 5am. Yes, He is getting smarter..Smarter than me. lol

My friend Fran Irwin told me that she received a rose bush in the spring and planted it in her garden. It did nothing all summer. Just recently in this warm fall weather it started to bloom. Talk about a late bloomer! She said it is lovely. I think you might call that a Fall miracle. Here is a photo of Fran with her lovely rose bush: There is an interesting article in a recent newsletter from Disabled World which talks about gardening offering physical and psychological benefits for older women. Among the benefits is cognitive function, physical exercise, waist circumference reduction, improved aerobic endurance and hand dexterity. A study was done in Hort Technology. For info on the study go to : www.horttech.ashspublications.org/content/26/4/474.abstract.

Here are some more puns:

A bicycle can’t stand on its own because it is too tired.

Local Area Network in Australia – the LAN down under.

He had a photographic memory that was never developed.

A midget fortune-teller who escapes from prison is a medium at large.

Acupuncture is a jab well done.