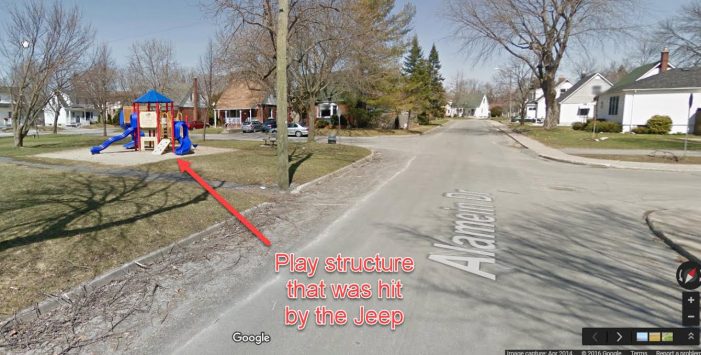 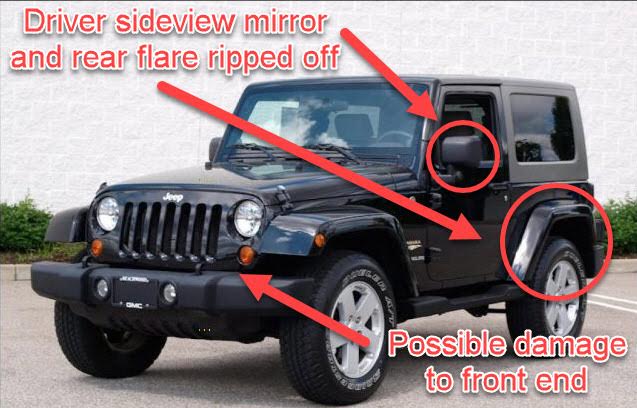 There were five individuals arrested within the last 24 hours, with one 44 year-old man held to attend a bail hearing for the offences of possession of stolen property and illicit drugs. Kingston Police is seeking the public’s assistance in identifying a Jeep and its occupants that was driving dangerously in town, lost control and struck a children’s play structure in a park before fleeing from the scene.

At approximately 9:10 p.m. on Monday, November 21, 2016, a black Jeep, believed to be a 2007 Wrangler Sahara model or newer, was observed travelling west on Mack Street at a high rate of speed. It ran two stop signs at the cross streets of Helen Street and Alamein Drive before striking a curb, losing control and then hitting a children’s play structure located in Elder Park. The Jeep was stuck on the play structure for approximately 15 seconds before reversing and breaking free. The Jeep then drove across the park and back onto Alamein Drive. Two persons were observed by a witness exiting the vehicle and inspecting the damage before fleeing the area. The Jeep was last seen heading the wrong way east on Brock Street.

A 44-year-old local man is facing charges after he was found to be in possession of an earlier-reported stolen bicycle, and then attempted to eat marijuana hidden on his person while being transported in the rear of a police cruiser.

At approximately 7:45 a.m. on November 21, 2016, Kingston Police uniform patrol officers were dispatched to the 600-block of John Counter Boulevard where a superintendent of the building wanted a man sleeping in the vestibule moved along. Officers attended, spoke to the man, and he moved off of the property.

At 9:45 a.m. patrol officers were again dispatched to the same address as the man had returned. It was noticed the accused was in possession of a bicycle and a shopping cart full of property. It was determined a bike matching that description had been reported stolen from Mack Street by its owner the day before, and the serial number was later confirmed. The man was arrested for being in possession of stolen property. He was handcuffed, given a cursory search and placed in the rear seat of a police cruiser.

While heading to police headquarters the arresting patrol officer observed the accused attempting to move his handcuffs from the rear to the front. The cruiser was stopped and when the officer opened the rear door he observed the accused with a plastic egg container in his lap and he appeared to be chewing something. The accused was removed from the vehicle, grounded and instructed to spit out what he was chewing. The officers observed him spit out a small amount of marijuana. He was subsequently handcuffed to the rear again and the marijuana was seized.

The accused was transported to police headquarters and lodged in cells to attend a bail hearing the following day. He is facing charges of possession of stolen property and possession of a controlled substance. The bicycle will be returned to its rightful owner.

Man Attempts to Eat Marijuana In Kingston Police Cruiser NOV 22, 2016 added by admin on November 22, 2016
View all posts by admin →