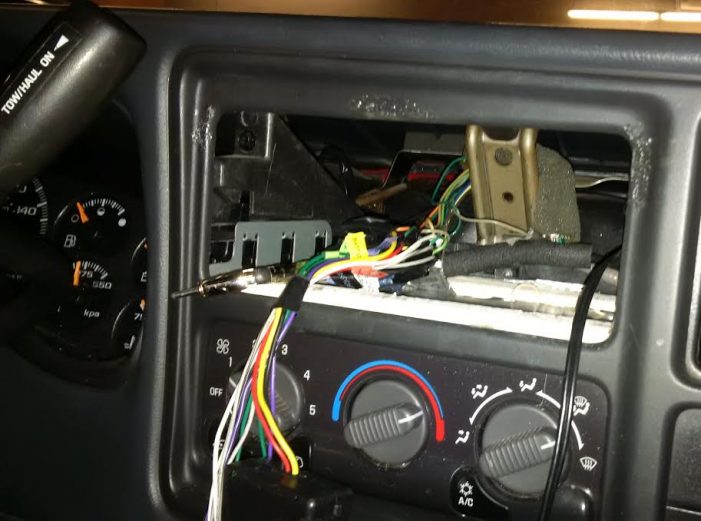 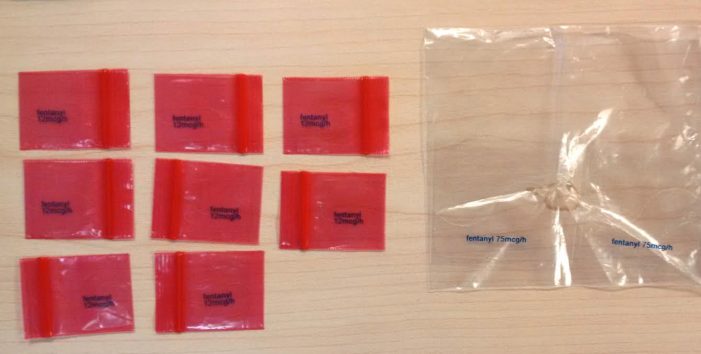 There were eight individuals arrested within the last 24 hours, with five men, between 16 and 54 years of age, held for later release or to attend bail hearings for the following offences: drug trafficking, sexual assault, assault, and breach of probation order.

A 37-year-old Westport man is facing drug trafficking charges after the Kingston Police Canine Unit assisted the Drug Enforcement Unit in their investigation by locating hidden crystal methamphetamine, Fentanyl and hydromorphone hidden in a truck stereo.

Over a period of time drug investigators began investigating the accused, who was suspected of dealing in crystal methamphetamine and using his GMC Sierra pickup truck to distribute them. Based upon evidence obtained the man was stopped in his truck on the corner of Unity Road at Westbrook Road at approximately 1:45 p.m. on November 23, 2016.

He was arrested and brought into custody. A search of the accused resulted in a substance believed to be heroin, a digital scale, a cell phone and a quantity of Canadian currency. The vehicle was towed to police headquarters and Canine officer Constable Jeff Dickson conducted a search of the vehicle with his partner, Zeus. The dog indicated a positive hit for drugs in the area of the dash stereo.

The stereo was removed and a black case was discovered. Found inside were substances believed to be crystal methamphetamine, Fentanyl patches and hydromorphone pills. The total street value of the drugs seized is estimated to be approximately $6,000.

The accused, Lawrence F. LEADBEATER, was held overnight to attend a bail hearing the following day. He is facing four counts of possession of controlled substances for the purpose of trafficking, two counts of breach of an Officer-in-Charge (OIC) Undertaking and one count of breach of probation. Dash stereo where drugs were concealed Seized drugs and other property A 16-year-old local teen is facing charges of assaulting a Kingston Police officer and resisting arrest after he became confrontational and aggressive towards a youth housing worker.

At approximately noon on November 23, 2016, two patrol officers attended a youth housing residence on Kingscourt Avenue after the accused became a safety issue to both workers and other teens in the building. He was no longer welcome and police were simply asking the youth to depart the property. He was argumentative and then refused to hand over the residence keys.

When officers attempted to obtain the keys from the youth he pushed the one officer and fled the building. He was arrested a short distance down on Kingscourt Avenue but continued to resist arrest and shout at the officers. He was handcuffed and transported to police headquarters to attend a bail hearing the following day. A parent was notified of the accused’s charges and court process.

A 32-year-old local man jumped out of a third-floor window in a failed attempt to evade arrest when the Kingston Police Drug Enforcement Unit attended his residence to execute a search warrant.

The drug unit had been conducting an investigation into the accused who was suspected of trafficking in crystal methamphetamine. At approximately 2:45 p.m. on November 23, 2016, a drug search warrant was executed on a Baker Street residence with the assistance of the Emergency Response Unit.

The accused was home at the time of police entry and jumped out of his third-floor window in an attempt to escape. He landed without injury and tried to flee on foot before being captured by an officer. The accused attempted to resist arrest but was controlled, handcuffed and transported to police headquarters.

A search of the accused’s residence resulted in the seizure of crystal methamphetamine with an estimated street value of approximately $20,000. A cell phone and packaging materials were also seized.

Tyler C. MEEKS is facing charges of possession of a controlled substance for the purpose of trafficking, resisting arrest and four counts of breach of probation.

After a quick but thorough investigation Kingston Police detectives have determined no offence occurred at a Queen’s University student residence which dictated the response of uniform patrol officers in the early morning hours.

At approximately 5:00 a.m. on November 24, 2016, multiple patrol officers were dispatched to Morris Hall located on Albert Street in regards to an incident that was called in by a student resident. The information provided is that it involved only the one student and was limited to their room.

Patrol officers began to investigate, which included, knocking on other resident doors and speaking to other students to determine if anything was witnessed. After detectives began their investigation and took formal statements it was determined that no offence occurred and never at any time was there a risk to the complainant, other students or residence staff.

Kingston Police will not be releasing further information in relation to the allegations. No charges will be laid in this matter and the investigation is considered closed. Queen’s Campus Security and Emergency Services is aware of the incident and has been advised of the outcome to ensure that students are safe and as informed as possible within the limits of the investigation. Anyone with information or concerns is please asked to contact Detective Blair Watt at 613-549-4660 ext 6320 or via email at bwatt@kpf.ca.