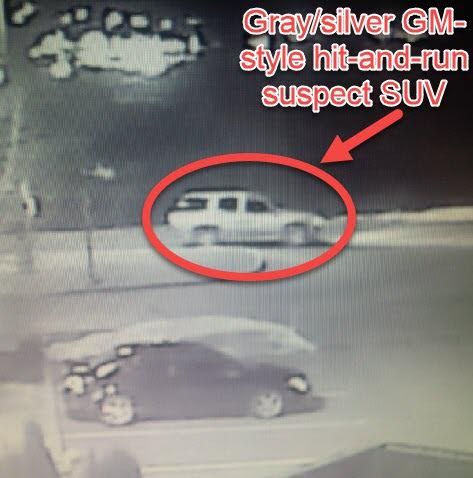 Kingston Police continue to investigate a fatal hit-and-run collision involving a sports utility vehicle and a pedestrian that has left a 41-year-old deceased.

At 7:20 p.m. on Thursday, December 8, 2016, emergency responders were dispatched to the area of Princess Street just west of Midland Avenue where the female pedestrian was located. She was transported to a local hospital where she was treated in intensive care for approximately 14 hours before succumbing to her injuries.

From quick work by the Traffic Safety Unit, consultation with General Motors has confirmed that vehicle debris left at the scene belongs to the right headlight assembly of a late 1990’s or early 2000’s Chevrolet Tahoe, GMC Yukon or Cadillac Escalade.

The grey or silver SUV was travelling eastbound on Princess Street approaching Midland Avenue when it struck the female pedestrian. The driver failed to render assistance and fled the scene.

Initial information has resulted in video surveillance imagery from the McDonald’s restaurant located on the northwest corner of Princess Street and Midland Avenue showing the suspect SUV that fled from the collision. Evidence suggests it should have extensive damage to its front grill and right headlight assembly. It is believed the SUV entered and drove through the McDonald’s parking lot, fleeing north on Midland Avenue.

Princess Street has now re-opened after an extensive overnight on-scene investigation. The investigation continues, led by collision re-constructionists from the Traffic Unit, assisted by Detectives from the Criminal Investigation Unit.

Witnesses or anyone with time-sensitive information regarding the suspect vehicle or driver is please asked to call Kingston Police immediately at 613-549-4660. Non-emergent information can be directed to the investigating officer, Sergeant Darren Keuhl, at 613-549-4660 ext 6148 or via email at dkeuhl@kpf.ca.