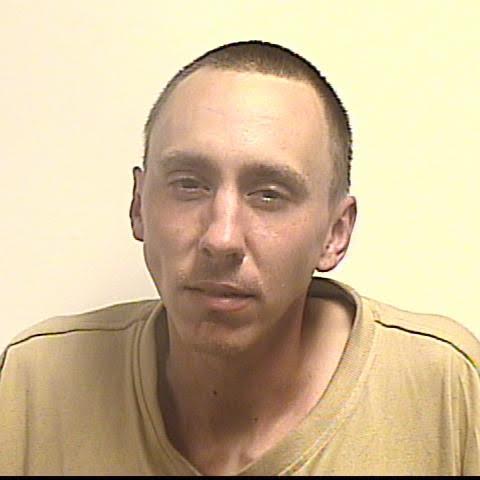 email info@cornwallfreenews.com to get your ad seen by over 1 m human page views per month!

There were 10 individuals arrested within the last 24 hours, with four men, between 27 and 44 years of age, held for later release or to attend bail hearings for the following offences: dangerous driving, mischief, and drugs.

A 28-year-old man from the Alberta is facing weapons and drugs charges after Kingston Police acted on officer safety information provided by another police service.

During the morning of December 8, 2016, uniform patrol officers had reason to be in the parking lot of a city-central motel where they ran the Alberta licence plate of a Dodge Charger. CPIC information came back advising there was a potential officer safety issue with the registered owner of the vehicle, specifically in relation to weapons and posts made on social media.

The Kingston Police Street Crime Unit was then advised and plainclothes officers began an observation of the vehicle and area. At approximately 11:30 a.m. a man believed to be the owner of the Charger left a motel room and approached the vehicle. Before he could depart a high-risk gunpoint arrest was conducted by the Kingston Police Emergency Response Unit and Canine Unit.

The accused was arrested without incident and a Crossman pellet gun was located in a concealed area accessible to the driver. A flick knife that could be opened by centrifugal force, making it a prohibited weapon in Canada, was also located near the driver’s seat. Upon being searched incident to arrest the accused was found to be in possession of 23 grams of marijuana.

Kingston Police are asking for the public’s assistance in locating a 35-year-old local male who is wanted in connection to a robbery of another man.

At approximately 10:00 p.m. on Saturday, November 26, 2016, the 51-year-old victim was in the area of St. Andrew’s Church located at the corner of Princess Street and Clergy Street, when the accused approached him. The two men know each other by first name. The accused demanded payment for a perceived debt but the victim stated he had no money.

The accused then punched the victim in the head, forcibly removed his wallet and its contents, which included a cherished photograph of the victim’s daughter, and fled on foot. Kingston Police uniform patrol initially attended and the occurrence was assigned to the Major Crime Unit for follow-up.

As a result of the investigation reasonable grounds were formed and a warrant obtained for the arrest of 35-year-old Michael J. McCLENNAN for the offence of robbery. McClennan is described as being 5’11” tall, approximately 150 pounds in weight, slim build, short brown hair and blue eyes.

All know possible addresses for McClennan have been checked with negative results. Anyone with information on his whereabouts is please asked to contact Detective Blair Watt at 613-549-4660 ext 6320 or via email at bwatt@kpf.ca.

Pair Charged with Dangerous Driving and Drugs after Fleeing from Police

Two local men are facing a slew of charges after they fled from Kingston Police and later were involved in two separate collisions within the city.

Beginning at approximately 10:00 p.m. on December 8, 2016, a uniform patrol road sergeant observed a grey Hyundai Santa Fe on Lyons Street. The vehicle was stopped but as the officer approached the SUV drove off. The officer continued to follow the vehicle at low speeds with his emergency lights activated, which pulled over multiple times but refused to stop and allow the officer to approach. Two males could be seen in the vehicle.

In the 100-block of Kingscourt Avenue the 44-year-old passenger exited the SUV and attempted to flee on foot. The road sergeant was able to capture the man who began resisting arrest. Eventually the officer was able to gain control and handcuff the man.

During this time other responding officers located the SUV in the area of Concession Street and Alfred Street. It was observed driving onto the lawn of the Memorial Centre, through the children’s playground and onto York Street. The driver continued to fail to stop for police and after barreling through a partially blocked intersection at Nelson Street and Concession Street the pursuit was terminated due to safety concerns.

A short time later the same SUV and driver rear-ended a Mazda that was travelling west on John Counter Boulevard. The 27-year-old suspect driver failed to stop after the collision. The female driver of the Mazda received no injuries. The suspect continued westbound and then later lost control of the SUV at the intersection of Princess Street and Sydenham Road, sliding into and colliding with an embankment.

The suspect attempted to flee on foot but a responding officer located him on Princess Street just north of John Counter Boulevard. The man could be seen discarding his clothing and an item as he ran. Refusing to obey commands to stop, a Taser was deployed by the officer and the man fell to the ground. He continued to resist arrest but was eventually brought under control and handcuffed. A total of $860 in cash was retrieved that the suspect had discarded while running.

During the search of the passenger Percocet pills and a fold of approximately $2,000 in Canadian currency taped in a plastic bag were found. Officers returned to the scene of the start point of the vehicle stop on Lyons Street and located a small plastic bag containing a substance believed to be cocaine.

The driver appeared to be heavily under the influence of drugs, his behaviour was erratic, he refused to obey commands at the scene and in the booking area, and was combative with officers. Both men were lodged in cells to attend a bail hearing the following day.

A 25-year-old man who fled the scene of a hit and run in the evening of November 21, 2016, has been identified and charged.

At approximately 9:10 p.m. on November 21, 2016, a black Jeep had been observed travelling west on Mack Street at a high speed. The driver ran two stop signs before striking a curb, losing control and then hitting a children’s play structure located in Elder Park. After breaking free of the play structure the driver fled the scene.

On November 22, 2016 after posts on social media came to his attention the driver of the Jeep attended the Kingston Police station to report the collision. The investigating officer observed the damage to the Jeep which was consistent with the debris left at the scene.

The driver was charged and issued summonses under the Highway Traffic Act with Careless Driving and Fail to Report. He was given a date to appear in provincial court.