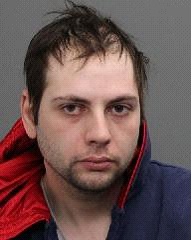 A Canada-wide warrant has been issued for his arrest and he is to be considered armed and dangerous.

Steven Michael FRENETTE is believed responsible in the shooting death of Lee John Joseph GERMAIN (32 years old) on the 10th day of December, 2016.

Anyone with information on his whereabouts should contact police at 9-1-1.

(Ottawa) — The Ottawa Police Service is currently investigating a shooting in the 500 block of McLeod Street. McLeod Street remains closed to traffic between Percy Street and Bronson Avenue.