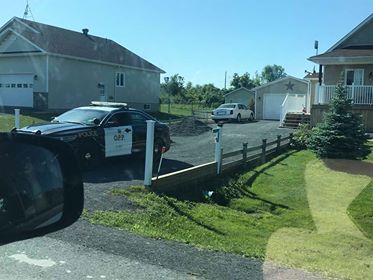 Attempted Murder – Shooting on Anderson Street (Ottawa) – On Saturday, March 24, 2018, at approximately 4pm, frontline officers responded to a shooting at a residence in the 100 block of Anderson Street. Officers located a 35 year old male suffering from multiple gunshot wounds to his upper body.   He was rushed to hospital with serious […]

Four people charged after a shots fired Investigation on Nelson Street (Ottawa) – On the 18th of February, 2018, at approximately 2156 hrs, Central patrol officers were called to the area of the 100 block of Nelson Street regarding shots fired at a residence resulting in damage being sustained. Initial investigation by frontline officers identified […]

Homicide on Paul Anka Drive (Ottawa) – The Ottawa Police Service Major Crime Section is investigating a homicide that occurred on Paul Anka Drive. On January 9, 2018, at approximately 8:30 pm, patrol officers responded to a call of gunshots in the 3300 area of Paul Anka Drive. A male victim, in severe medical distress, was […]

Shooting homicide (Ottawa) — On Saturday morning, the 23rd of December 2017 at approximately 3:00am, members of the Ottawa Police Service Frontline Directorate responded to the 200 block of Frechette Avenue in the city of Ottawa for a report of a male who had been shot. On scene, Frontline officers found a male who had […]

By admin on December 23, 2017   Community, Crime, Headlines, Morrisburg ON, News

Cornwall Ontario – Still under a cloud from the Collin Fitzgerald incidents, the Morrisburg OPP detachment has the SIU investigating after a shooting Saturday afternoon.  Speculation is that at least one civilian was hit. ALTERCATION OUTSIDE OPP DETACHMENT SIU Invokes Mandate (MORRISBURG, ON) – On December 23, 2017, at 11:07 a.m., a member from the Morrisburg […]

Man Shot on Runnymede Road Release Date: September 25, 2017 17-31789 Kingston Police Detectives from the Major Crime Unit continue to investigate a shooting in the early morning hours of September 25. Information thus far reveals a man was shot during a home invasion on Runnymede Road and he was found on Curtis Crescent. […]

Homicide Investigation: Elmhurst Park area (Ottawa) –The Ottawa Police Service (OPS) is investigating a homicide and shootings in the Elmhurst Park area near Alpine Avenue and Tavistock Road. Today, at 7:08 a.m., OPS was notified of a male who arrived at the Queensway-Carleton Hospital with multiple gunshot wounds. His injuries are serious. While investigating the shooting […]

Homicide Investigation   (Ottawa) – The Ottawa Police Major Crime Unit is investigating a homicide that took place in the area of Rideau Street and Augusta Street on Monday, June 26, 2017 at approximately 1:00 am. Patrol officers responded to a report of a shooting in the area and located an injured adult male.  The […]