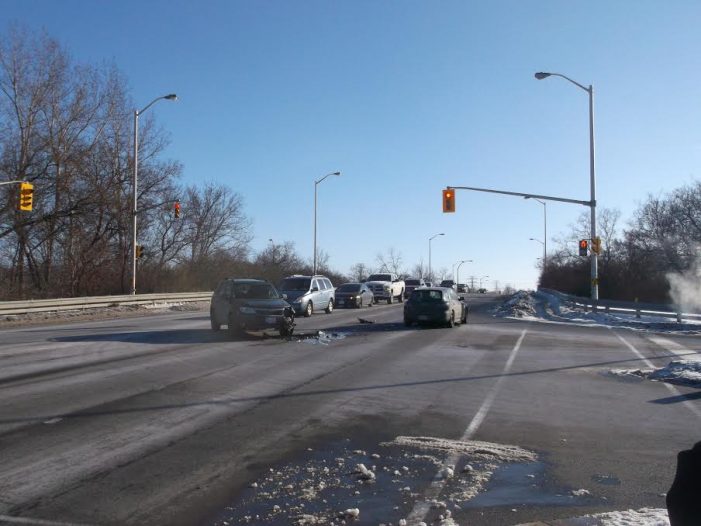 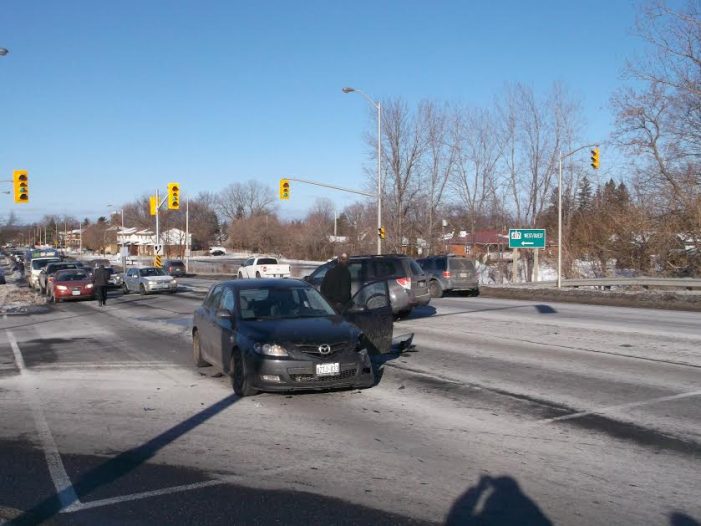 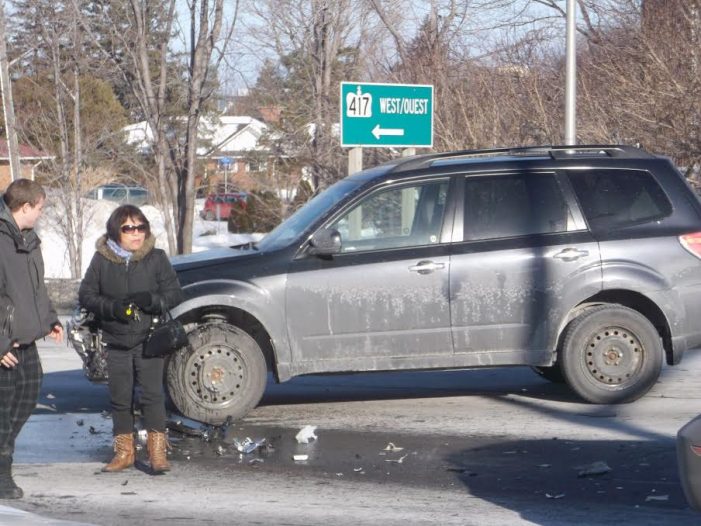 Ottawa Ontario –   In a super rare incident (the first time today), two cars collided at the Maitland and 417 interchange in Ottawa at 1:15 this afternoon. Shattered front ends, blown up anti-freeze and crunched radiators were part of the messy crunch. The road was freshly salted, the sun was shining and weather did not appear to be a factor. The lady car was turning into the man car’s lane while the man was driving straight. There were no injuries. The drivers disputed each other’s right of way with one saying,”I had a green light,” and the other saying, “No you didn’t.” Everyone’s late, don’t rush. Count to three, ignore the honk behind you, then turn.