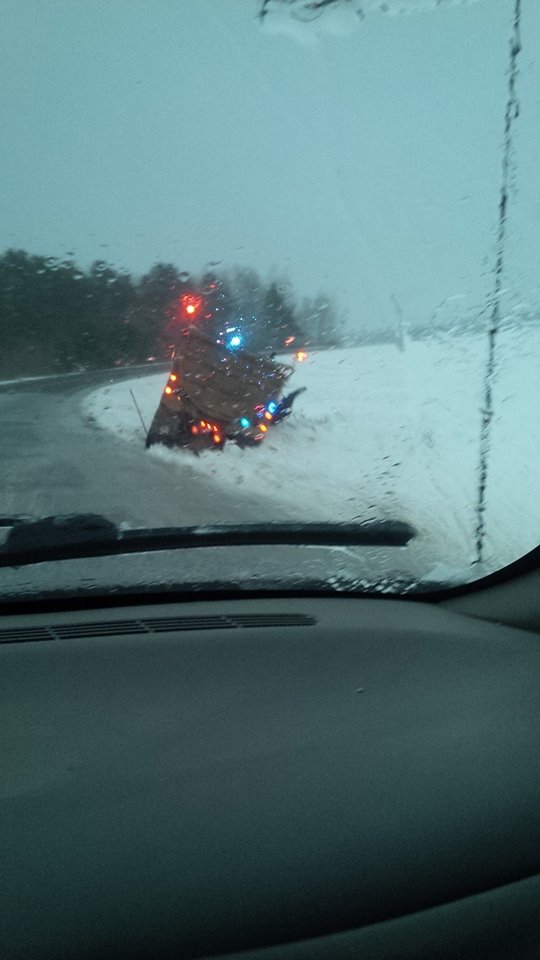 CORNWALL ONTARIO – Despite warnings and alerts drivers have ended up in accidents and ditches all over the Cornwall area as freezing rain wreaks havoc on Boxing Day.

Literally dozens of social media posts like the one above are describing incidents in and around Cornwall.

Conditions are still in effect until warmer weather melts.  Because of it being a holiday it appears that crews are either not out or out minimally making driving and walking treacherous.

If temperatures do not rise enough conditions may worsen.  An over night high is expected of only 3c.    For Tuesday a high of only 2c is expected with a low of -5c with up to 5cm of snow expected to complicate road conditions.

Sgt Fortin of the CCPS confirmed to CFN that between 2:30PM and 5PM there had been 16 incidents called in which doesn’t include OPP territory outside of the city.

PLEASE DO NOT DRIVE until weather conditions clear up. Significant ice build up possible due to freezing rain.

Periods of freezing rain are expected to continue until early evening, then transition to rain as temperatures climb above zero. The exception will be regions along the Ottawa valley, where cold air is expected to remain until later this evening, thus delaying the changeover to rain. 5 to 10 millimetres of ice buildup is possible.

Travel is not recommended. Surfaces such as highways, roads, walkways and parking lots will become icy, slippery and extremely hazardous.

FREEZING Rain Leads to Mayhem in Cornwall ON Area on Boxing Day 2016 added by admin on December 26, 2016
View all posts by admin →