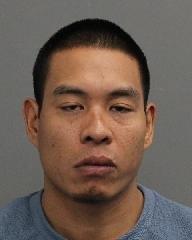 On Friday, December 23rd, 2016, officers attended Brittany Drive and Kristin Way area in regards to an assault with injuries. Officers located a male victim in his late 20s suffering from injuries caused by a blunt object. He was treated by paramedics and transported to hospital for further treatments to his injuries.

On Saturday, December 24th, 2016, officers attended the 200 block of Desrosiers Street after receiving information about an assault causing bodily harm to a female victim in her late 20s. The female suffered injuries from the assault and needed hospital treatment.

LAND is wanted for three ongoing investigations. Please do not approach him if you see him; he is considered armed and dangerous. Call 911.

Anyone with information regarding this investigation is asked to call Ottawa Police’s Central Criminal Investigation Unit at 613-236-1222, ext. 5166.