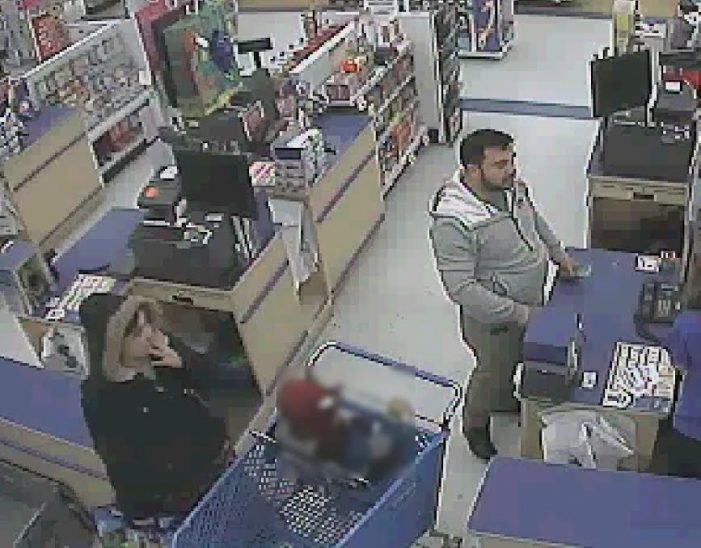 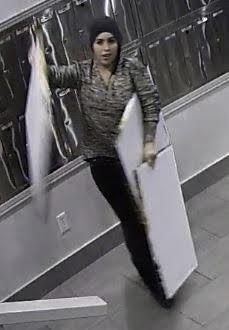 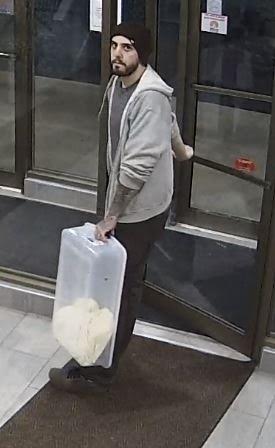 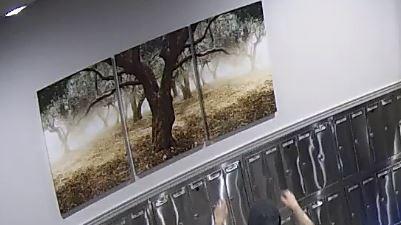 There were seven individuals arrested within the last 24 hours, with two women and one man, between 20 and 41 years of age, held for later release or to attend bail hearings for the following offences: uttering threats, possession of stolen property, obstruct police and breach of Undertaking.

Kingston Police detectives are wanting to speak to two male witnesses who heard and responded to a cry for assistance from a female victim in relation to a sexual assault in progress shortly after New Year’s Eve.

At approximately 2:50 a.m. on Sunday, January 1, 2017 the victim had just left a licensed establishment named “The Spot Nightclub” with a man she had just met that evening. The bar is located in the area of Division Street and Princess Street.

While in the covered walkway that also contains the nearby Burger King drive-thru the male suspect began to sexually assault the victim. She resisted and screamed for help, which a group of men heard and responded to. This caused the suspect to flee from the area.

Two men from this group then assisted the woman into Burger King, where staff was alerted to what just occurred, and a Kingston Police officer responding to another matter was notified. These two men, who are witnesses to the event and could have valuable first-hand information, did not stay at the scene and were not identified by police. The victim was assessed and taken to hospital as a precaution and to collect potential evidence through Sexual Assault/Domestic Violence (SADV) nursing staff.

The victim was able to provide a detailed description of the suspect, who had also given her some personal information about himself when they first met inside the nightclub. This information was distributed amongst uniform patrol and as a result a male matching the descriptors was observed by an officer leaving a taxi to attend the front lobby of a Queen Mary Road apartment building at approximately 3:45 a.m. Having reasonable grounds the 20-year-old local man was arrested for sexual assault. He was transported to police headquarters, lodged in cells and was later remanded into custody following a bail hearing.

While an arrest has been made, detectives in the Sexual Crime Unit want to obtain as much evidence as possible, and feel the two male witnesses could greatly assist in this matter by providing statements. They are asked to please contact Detective Brenda Lavigne at 613-549-4660 ext 6270 or via email at blavigne@kpf.ca.

Kingston Police would think a basic rule of thumb for thieves is that if you’ve stolen a person’s identification, don’t hand it over to an officer when attempting to give a false name, which one woman recently did.

At approximately 4:30 a.m. on January 4, 2017, a uniform patrol officer in the area of Princess Street and Victoria Street observed a woman carrying multiple bags, whom he believed to have an arrest warrant in effect for her apprehension. The officer stopped and spoke to her but she provided a name and age different than what he believed it to be.

When asked for identification the woman produced a driver’s licence with the same name and date of birth given. Being suspicious, the officer had the name run on CPIC which verified the woman with that name had reported her I.D. stolen from her vehicle in October of 2016.

The female was arrested for being in possession of stolen property and two counts of breach of probation. Her true identification was verified and it was discovered the arrest warrant the officer was aware of had already been dealt with the day before. A search of the woman and her bags resulted in the discovery of a Travelers cheque and a personal cheque made out to and from different persons, a laptop, a cell phone, and a key fob apparently associated to a Toyota Camry. All of these items were seized as evidence for further investigation and to determine if additional charges are warranted. The woman was transported to police headquarters and lodged in cells to attend a bail hearing.

Kingston Police are looking for two men and one woman who, while having a child with them, acted as a team to distract a Toys “R” Us cashier while they stole items and short-changed the employee.

At approximately 9:30 p.m. on December 12, 2016, while at the Midland Avenue store, a man and a woman pushing a shopping cart with a child inside approached the cashier. As they spoke to her they put items into and below other merchandise that they hadn’t paid for. A second man who was with the couple also attended the checkout and placed an unpaid for item in the same cart as the employee continued to be distracted.

When it came time to pay, all three suspects worked together and were able to short-change the cashier a total of $350. This wasn’t discovered until the end of the shift and after reviewing video surveillance it was discovered an additional $320 in merchandise was also stolen, totaling a loss of $670.

Anyone with information is please asked to contact Constable Craig Morton at 613-549-4660 ext 6287 or via email at cmorton@kpf.ca. Find out how amazing a value it is advertising on CFN!

With over 13 million human pageviews in 2016 can you afford not to?

Kingston Police are looking for male and female suspects who stole a three pictures located in the lobby of a Queen Mary Road apartment building.

Back on November 17, 2016 the pair, who appear to know and be associated to each other, attended the lobby of 180 Queen Mary Road. The female suspect then proceeded to remove from the wall, located above the mail boxes, a three-part scene depicting a tree and forest. Both suspects were kind enough to look directly into the video surveillance camera. The female is described as Caucasian, in her twenties, medium build, wearing a dark toque with possible hair braids coming out from underneath, patterned long-sleeve shirt and dark pants. The male is described as Caucasian, 25-30 years of age, medium build, has a beard and tattoos on his left forearm. He is wearing a dark toque, light-grey hoodie, dark grey shirt underneath, and dark pants. Anyone with information is please asked to contact Constable Ashley Rathbone at 613-549-4660 ext 6345 or via email at arathbone@kpf.ca.

Female and male suspects in theft of lobby artwork