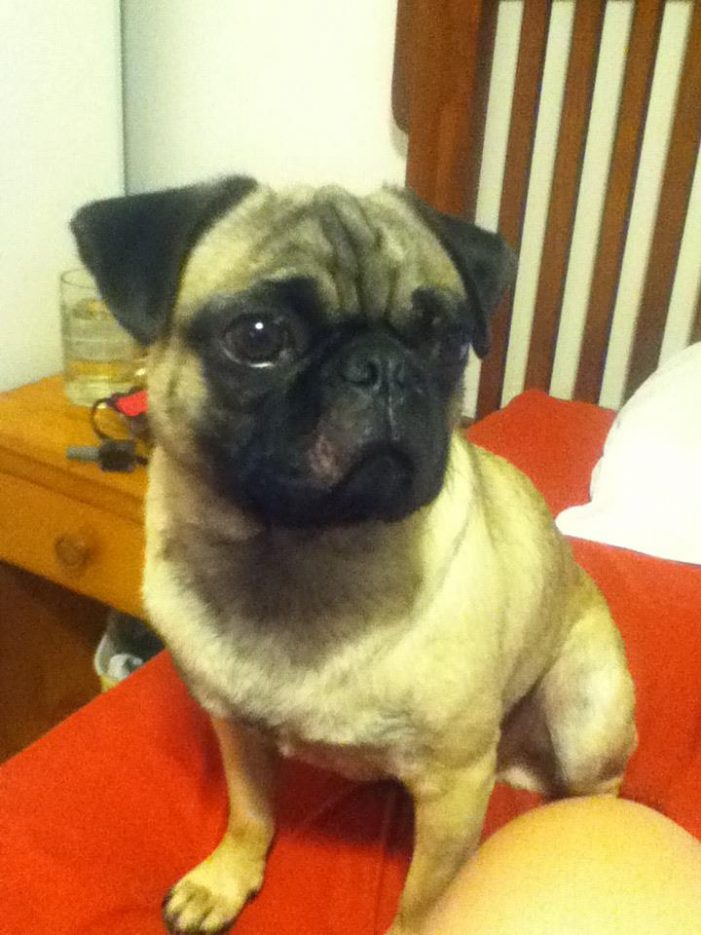 Cornwall, ON (February 28, 2017) – A 24-year-old Cornwall man has been found guilty of nine counts of animal cruelty under the Ontario SPCA Act as a result of an investigation into two dogs confined to a shed.

On October 29, 2016, the Ontario SPCA received a call about two dogs locked in an 8’ x 8’ garden shed on a property in Cornwall. An Ontario SPCA officer visited the property and, after unsuccessful attempts to locate the owner of the dogs, removed a Pug and Boxer-type dog living in unacceptable conditions without food or water. The shed was cluttered with junk and debris, with feces and urine covering the floor. With no windows, the dogs were kept in total darkness. They had no place to rest or lie down and had no fresh air due to the structure’s inadequate ventilation. Brad Stephenson, 24, was found guilty on February 22, 2017 in a Cornwall Provincial Offences Court of nine counts of animal cruelty:

Stephenson, who was not present during sentencing, received a 10-year prohibition from owning or caring for any animal, and was fined $900.

Both dogs have since been rehomed.

Please support this newspaper by clicking the donate button below.

BRAD STEPHENSON of Cornwall – 9 Charges After OSPCA Investigation FEB 28,2017 added by admin on February 28, 2017
View all posts by admin →