Cornwall Ontario – It’s sad to see cat owners and kitties being used as pawns in a game that simply is about cash. At the root is the OSPCA wanting the cat control business in Cornwall.  Maybe they deserve it, but there are legitimate questions that need to be answered and they are refusing to […]

PETERBOROUGH, Ontario, May 16, 2018 (GLOBE NEWSWIRE) — On Monday of this week, precedent was set when a 32-year-old Peterborough man was convicted of animal cruelty under the Ontario SPCA Act. On May 14, 2018, Deep Bista pled guilty in a Peterborough Provincial Offences Court to three counts of causing an animal to be in distress. He was […]

OSPCA & Cornwall Team Up for Cash Grab Cat By Law ? By Jamie Gilcig

Cornwall Ontario –   So is there really a feral cat issue in Cornwall or is there simply a political push to grab cash from overburdened cat owners in the River City? Reading a report to council it reeks as a money grab for the OSPCA and local vets. The OSPCA has offered the services of […]

Cornwall Ontario –  A facebook post led to confirmation of a tragic death of a feline on 2nd Street East early this morning. CCPS Cst Dan Cloutier had the following to say about cat incidents. CCPS refers animal complaints as they come in to OSPCA. We certainly do not condone any type of abuse involving […]

Cornwall Ontario – Over a year ago a local business person donated a sum of money to CFN because he wanted our local OSPCA to advertise to help find homes for stray cats in our area after hearing about issues about the difficulties the shelter was experiencing with overload. The local affiliate did not accept […] 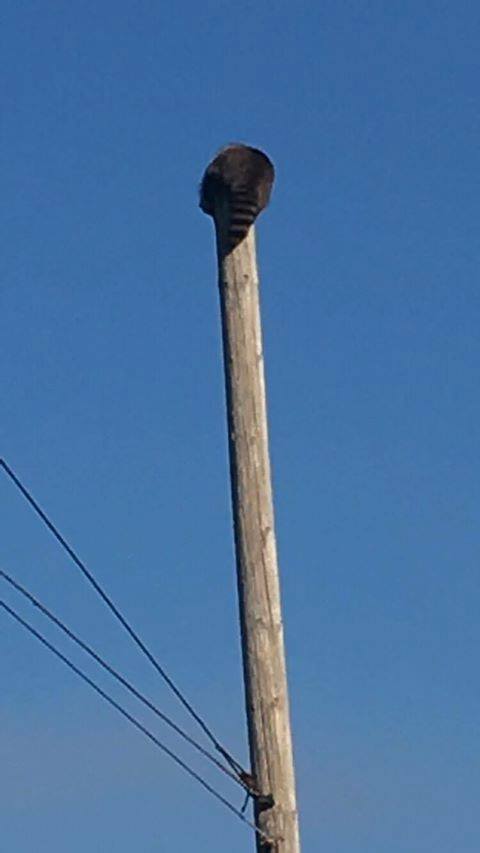 Cornwall Ontario – A poor raccoon is still at the top of a pole as of this morning after spending the entire day Wednesday on top of a pole at 900 Third Street East in Cornwall as CFN reported yesterday. After calls to the CCPS, fire services, Cornwall Electric, the OSPCA, and Ministry of Natural […]

Cornwall Ontario –  Despite numerous appeals to Cornwall Ontario Fire, and Police services a poor raccoon, as of press time 4:56PM, is still at the top of a post at the 900 block of 3rd Street East. CFN was called this afternoon by a very frustrated hot mom who said that the Raccoon was at […]