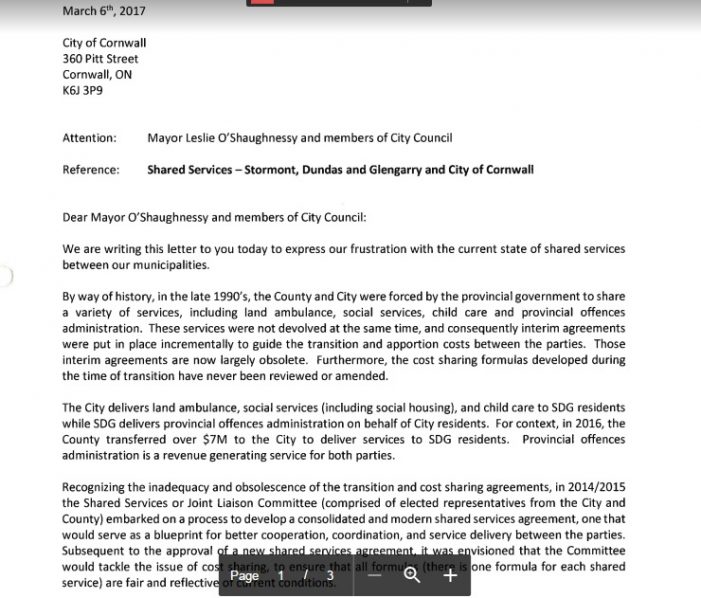 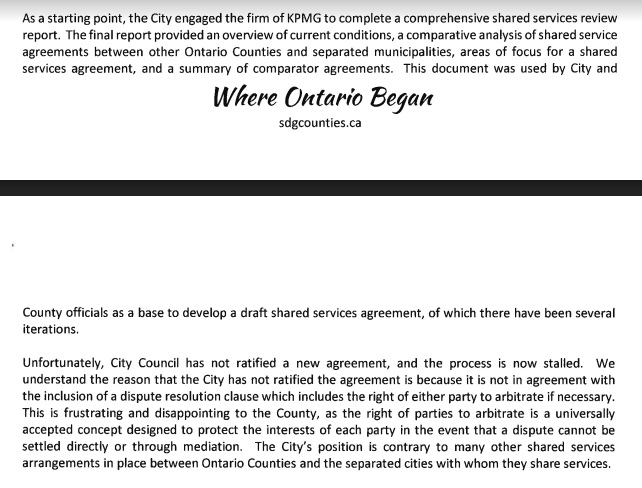 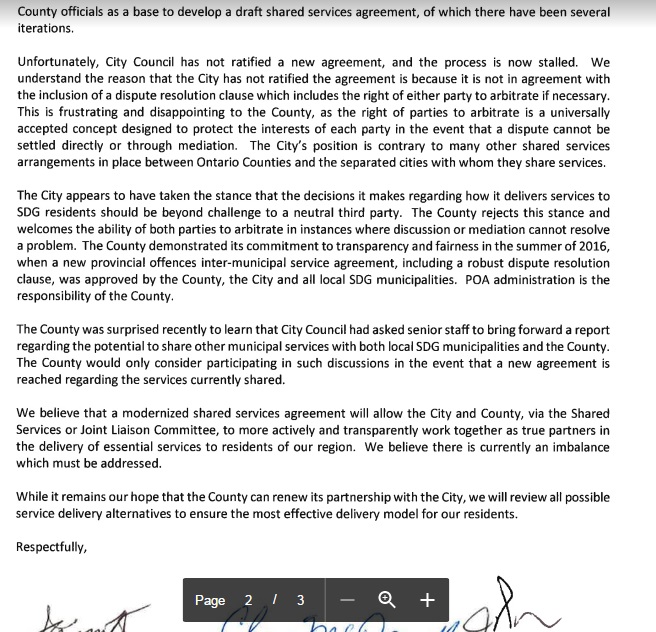 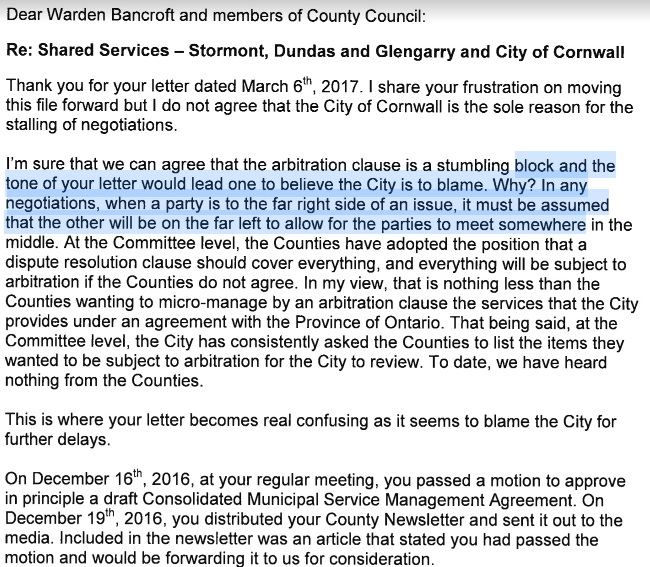 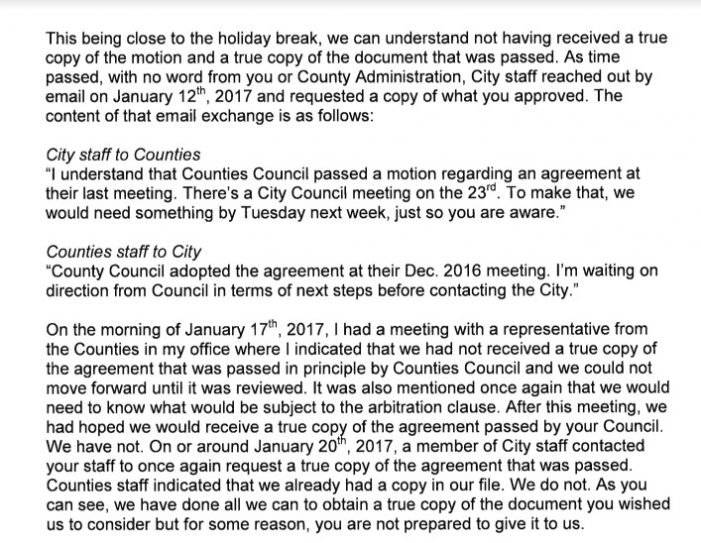 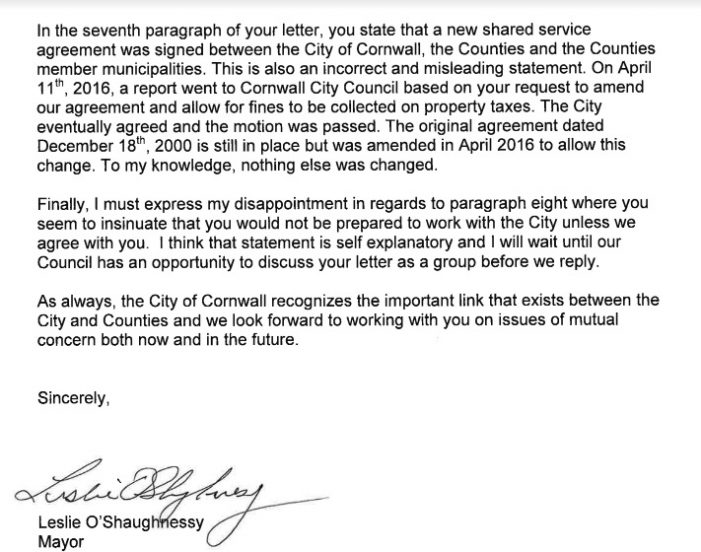 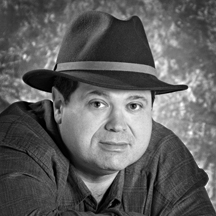 Cornwall Ontario – The Counties of SD&G and the City of Cornwall are essentially waving their dirty laundry around as they duke it out in public over their shared services issues.

Essentially both councils lack the ability to professionally work together.  The County for example, did not send their letter to this media outlet even though we’re the largest in the region chiefly because of the pettiness of a certain partisan Bruin’s loving political clique.

The City, leading a fiscal conspiratorial boycott against CFN still knows the impact of CFN and does send us their releases. (unless Kevin Lajoie is being a moody mare)

In principle that makes a lot of sense, but then so does Amalgamation  which would see an entity of about 100,000 residents in total.

Is there any real need to have to councils, support staffs, department duplication, etc when it’s essentially all coming out of one pocket?

There’s an old adage about getting the government one deserves.  Clearly we are seeing the fruits of that adage watching this dysfunctional group of petty people who feel entitled to run a civic government as a private closed shop for their supporters, friends, and family.

Here is the original letter from the Counties to City Hall: Of course most of the warfare is between management staff.  Talk to some of these elected officials and I’d put money on my dachshund Fitzy over some of them if they were playing Jeopardy.

Mayor O’Shaughnessy had a staffer fire back a long winded letter: Your tax dollars at work.   Over 15 elected officials can’t even get to first base on a very important file.  Is it the elected officials?  Staffers?  Both?  The dysfunctional system of political cronyism and bullying?  Too much fluoride in the water?   Too much Scotch?

But mostly we all should remember how important our vote is and how badly some of these folks have been performing.  Care about school closures?  Did you even vote for a school trustee?   Your vote counts.

What do you think dear CFN viewers?  You can post your comments below and please click the donate button you cheap news moochers 🙂      Because of the silly conspiratorial boycott that both the United Counties of SD&G  (have never purchased a single ad or notice) and City of Cornwall participate in we need you all to kick in so we can continue to deliver the news you clearly love to click on.