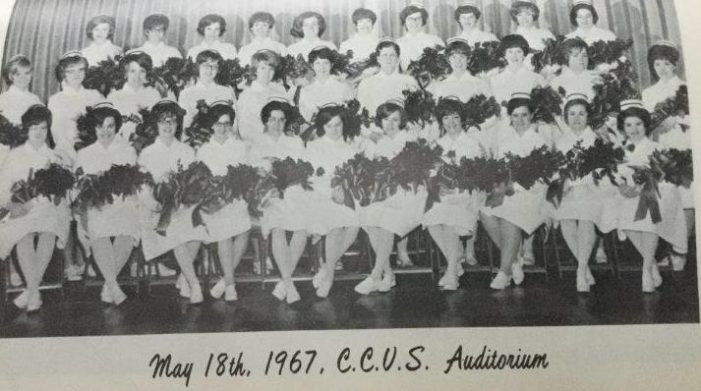 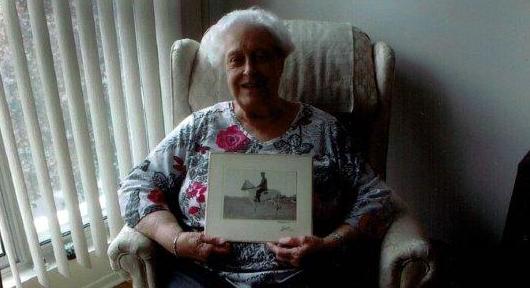 Cornwall Ontario – If you wanted to see some gorgeous seniors, you should have been at the Royal Canadian Legion on the evening of June 16th. The occasion was the Annual Alumni Dinner of the Cornwall General Hospital School of Nursing. Celebrating 50 years was the Graduating Class of 1967. Attending from the class of 1967 were Marlene Sproul Ghattas, Janet Mayhew

Gray and Carole Holland Gridley, all from Ottawa.

Catherine Poirier, President of the Alumni was our gracious host for the evening. The room was full of nurses who were obviously happy to be there and to see so many old friends.

We were treated to a delicious chicken dinner which was served by friendly and courteous Legion staff. I don’t think it would have been any more scrumptious in a high class restaurant. The chicken and mashed potatoes were the best I have ever tasted. They can cook for me anytime. The ladies serving us were very nice and helpful. I think they should all get a raise.

After the dinner, Catherine announced that the next meeting for the Alumni would be at 7pm on October 25th. at the Care Center (former CGH).

Sharon Nesbitt Porter (Class off 1969 and Valedictorian of her graduating class) was one of the speakers and talked about the Care Center in partnership with Matt Cinnamon , which would be making a Corridor of Honour for the memorobilia of CGH, now housed at the CCH . It will start with the photo of the Graduating class of 1967. The RNA School of Nursing will also be recognized at the Care Center. Sharon thanked Don Smith of the Cornwall Community Museum for providing a continuous slide show of many years of CGH history. It was wonderful to see. Very interesting.

Marlene Sproul Ghattas (Class 1967) spoke about going into training with a bunch of strangers and graduating with them all as close friends. She also talked about all the new high tech equipment with bar codes and tools available in medicine today and how different the care is compared to our nursing days.

Catherine mentioned that probably from now on our gatherings would be a luncheon, instead of dinner since a lot of nurses have to travel.

Catherine thanked Ann Primeau and all her staff for our excellent meal.

Joyce Harrison of Cornwall grew up in England. She and her husband Derrick and children moved to Canada to Montreal P.Q. in 1957 and later, in 1970, to Cornwall.

She showed me this wonderful picture of her Dad, Edward Pascoe of Cardiff, England, mounted on a horse when he was in the British Glamorgan Yeomanry in the First World War. He apparently joined in 1917 and later commissioned in the Machine Gun Corps. He was wounded just before the war ended and came ashore from a hospital ship at Dover on Armistice Day 1918, according to a newspaper account. He spent two years in hospital before being able to return to work. Later he worked for the Minister of Labour at Hereford. He was an active member of the British Legion. A friend of the family in Canada had this picture and gave it to Joyce.

Edward had two sons Barry and Peter and, as you can see, still a lovely daughter, Joyce.

Here are two beautiful artists, Brenda Connelly on the left and Diane Chambers on the right with their acrylic paintings.

Brenda said that she saw a place mat with a picture that resembled the farm house she lived in when she was going to school. The bridge was not there but there was path to go to her sister and her husband’s house after they built a new home beside the farm. Brenda could walk across the yard to visit them without having to go on the road. The house on the farm looked just like the one in the place mat so she wanted to paint it. The farmhouse was the same style but it had a blue roof instead of purple. Very lovely painting.

Diane’s painting is from a friend’s photo she had taken when visiting The Thousand Islands. The sun was setting and reflected on the water, giving a very beautiful picture. Diane added the Loons which gave the painting even more serenity. I can almost see the soft bobbing of the Loons as they moved in the water. Gorgeous. Diane is now going to give Pastels a try for a change.

Thank you both for sharing these lovely paintings with us.

This cat Tiger is something else. He was 14 on June 23rd. You’d think I would have him all figured out by now. Not true. He’s a cat!! Lately he jumps up on my lap and just sits there when I am watching TV…as soon as I sit down, to be exact. The first time he did it, I checked his fur for any fur matts that might be forming. I guess he liked it because now he sits there until I do it. Then he lies down on my lap for awhile so I can stroke him for about 2 minutes and then, off he goes. He will do this two or three more times in the evening when I sit down on the couch.

I feel like a Momma Monkey preening her baby chimp. Some baby chimp! He’s just a big monkey!! Cute, though.

At my doctor’s office I saw a sign that said the Shingles vaccine was only available free to seniors 65-75 years of age. I guess if you are 64 or 76 you are in for the full cost as is everyone else: $250. I wonder why??

Here is some Senior Wit:

1) I changed my car horn to gunshot sounds. People get out of the way much faster now.

2) Gone are the days when girls used to cook like their mothers. Now they drink like their fathers.

3) You know that ‘thingy’ little feeling you get when you really like someone? That is common sense leaving your body.

4) I decided to stop calling the bathroom the “John” and renamed it the “Jim”. I feel so much better saying I went to the Jim this morning.

5) Old age is coming at a really bad time. When I was a child I thought ‘nap time’ was a punishment. Now, as a grownup, it feels like a small vacation.

6) The biggest lie I tell myself is…”I don’t need to write it down. I will remember it.”

7) I don’t have grey hair; I have ‘wisdom highlights’. I am just very wise.

8) teach your daughter to shoot because a restraining order is just a piece of paper.

9) If God wanted me to touch the toes, he would have placed them on my knees.

10) Why do I have to press one for English when you’re just going to transfer me to someone I can’t understand anyway??

11) Of course I talk to myself. Sometimes I need expert advice.

12) At my age, “getting lucky” means walking into a room an actually remembering what I came in there for.

13) I am what is called a ‘seenager’ (senior teenager). I have everything that I wanted as a teenager, only 60 years later. I don’t have to go to school or work. I get an allowance every month. I have my own pad. I don’t have a curfew. I have a driver’s license and my own car. I have an ID that gets me into bars and wine stores.

14) Life is great. I have more friends whom I should send this to but right now I can’t remember their names.