Cornwall Ontario – An American website has covered a story about the Cornwall Legion’s 1st VP and cadet liaison Arthur Murray not having served or earned any actual medals which is a criminal offence. The Legion nor Mr. Murray have responded to CFN’s request for comment prior to publication of this story. Frank Gervais of […]

Royal Canadian Legion in Cornwall Ontario Gets a Tank! PHOTO OF THE DAY Jan 20, 2015 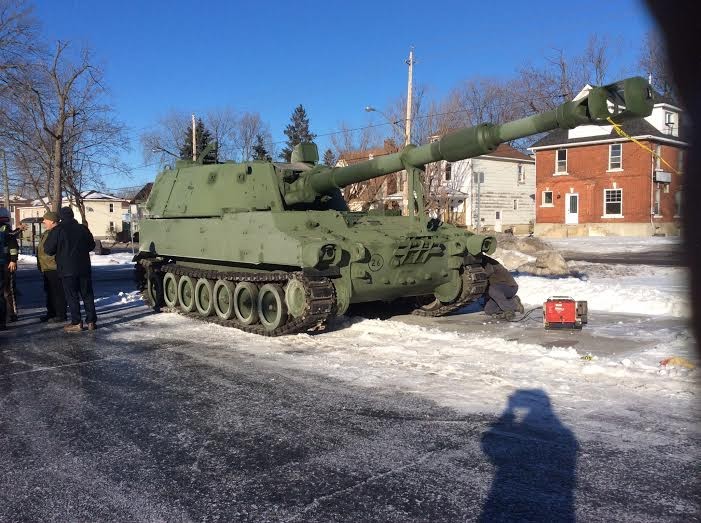 CORNWALL Ontario – Heavy rotator operator and assistant manager at Cornwall Towing Terry Cleroux submitted his photo of a tank being installed at the Royal Canadian Legion at Second Street and Cumberland in Cornwall earlier today. Cornwall Towing donated their services earning them our Kudo of the Day too! To submit your photo or video of […]