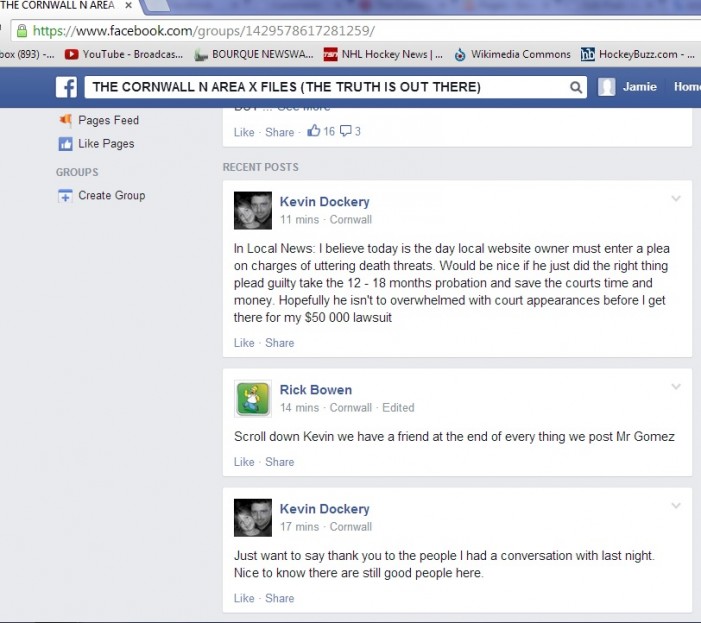 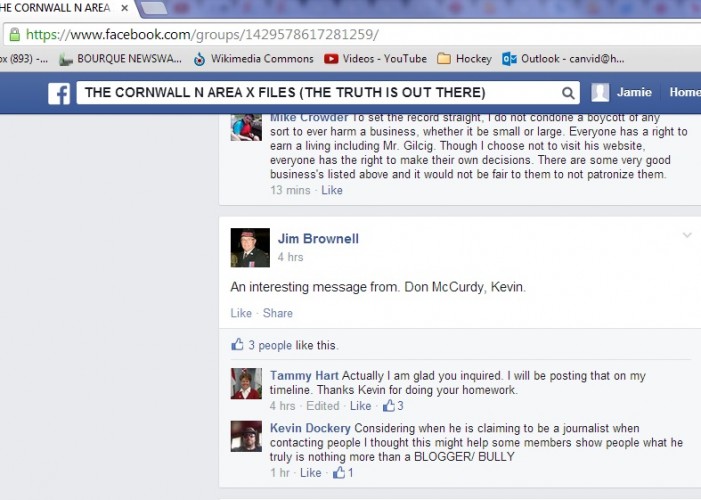 CORNWALL Ontario – What does the Poppy mean to you as Remembrance Day approaches?   Should we be remembering those who sacrificed their lives only one day per year?

Many people have different thoughts about the Poppy which is used by the Legion to raise funds for our Veterans.   Many return maimed, wounded, or mentally scared and have fallen through the cracks.

The poppy to this writer is a sacred Canadian symbol, second only to our flag; yet to some it’s not.  To some it’s “not a big thing”.  To some it’s just this thing we buy and in some places respect isn’t given at all.

The Legion has a trademark on the poppy and even has fought with the folks from the White Poppy movement.

Here in Cornwall we have seen one of the worst defacements of our poppy ever; at least according to Bill Maxwell from the Legion’s own Poppy & Remembrance Committee.

We first covered the story back on July 2nd of this year.  It’s now November 1, nearly four months later and what has occurred has essentially been a sanctioned cover up.

A member of a hate group on facebook, and yes it is a hate group, was suspended by the social networking site and the groups administrator not only posted that persons picture in the group; but as you can see in the image at the top of the page joked about “no poppies being hurt in its making” He was not sanctioned or even criticized by Mr. James “Jim” Brownell who is the Honourary Lt. Colonel of the Stormont, Dundas, and Glengarry Highlanders.  A unit whose Colonel in Chief is Queen Elizabeth herself. Mr. Brownell in the image above is using a picture of himself in his Highlanders uniform as his profile picture.

Mr. Brownell not only didn’t sanction the person who made the defacement; but championed him and is quoted.

I am not my brother’s keeper.

But isn’t that what our brave soldiers are?  Aren’t they our keepers when this country is in need?

Our original story is still on his personal facebook wall as it was linked by another of his former students.    There are two main questions to answer.    Why did he take this position and two, why did so many refuse to call Mr. Brownell on this gross case of dereliction of duty and his refusal to condemn someone who defaced the poppy?

Frankly the second question is more frightening than the first.

I first asked Mr. Brownell if he actually joined the hate group on July 3, 2014.

Did you actually join the hate group known as the x files on Facebook?  (image attached)
JIM BROWNELL

I did not join a hate group, and, quite frankly, it’s none of your business what I do.

You are listed as a member there.   The founder of this group, and several members are being sued by us for Defamation.  It was originally a boycott CFN group which was taken down by facebook for hate symbols.   The founder simply started up a new group the next day.
I am simply seeking confirmation of whether you are choosing to belong to this group or not.  You are still a public figure and there is a news story coming out on the group today as they desecrated the poppy among some of their other antics.
The photo attached is of its founder and chief administrator, one Kevin Dockery.
This was a courtesy email to you, and I have no idea why your response would seem to be so aggressive.
You have every right to belong to a hate group if you wish I guess; even if you are using the photo I took of you to do so.
Hope your health is well,
Jamie
JIM BROWNELL

I do not belong to a hate group, so there is no news here.

As per our original question, you’re listed as a member of the Cornwall and area x files. (screen cap attached)

Just now getting back on the internet, after technical troubles, and I can tell you that I have never seen anything related to the x-files, or whatever that might be.  So leave me alone.  I have been a friend with Kevin Dockery for many years, and I certainly have no regrets.  He was a fine student.  If the photo shows him in a state, other than that of a student, then so be it!  Both you and I have probably been there, before.  Please leave us all alone, and quit using references to us on your blog, or in the South Stormont News.  I do have big shoulders, so can handle it, but just take a hike!

Jim Kevin formed a boycott facebook group.  It was taken down for being a hate group.   He simply restarted it the next day.  Same people, same attacks against myself, CFN, SSN, and then council and Mayor McGillis in South Stormont as well as a few other lucky people like another one of your students, Debbie Cameron.

It’s been sanctioned by Tammy Hart and her supporters.   Your name appeared as as member which is why I emailed to confirm whether you chose to support this group by being a member.
I’m totally bewildered by your stream of emails today as I have said nothing disrespectful to you and am simply trying to do my job and confirm information.  Your name being in that group tacitly gives them your support which influences others.
Here are some of their posts via screen captures from the group’s page which as of this email you were still a member of.

I have no idea why my name gets associated with many things, but I don’t get too concerned about it.  I know nothing about a hate group, nor do I belong to a hate group.  I have no idea why this is of a concern to you.  You have commented about x-files, but I have no idea what you are talking about.  I have more important things to do in my life, so will sign off.  You should find better things to do, too, rather than attacking every person who has ever tried to improve our communities.  Leave us alone!

It was a bewildering back and forth with Mr. Brownell making like he didn’t anything about the group that he was actively posting in. I had asked Mr. Brownell, if he was going to post in this group, to not use his profile pic that I had allowed him to use while at Queen’s Park.  He replaced it with one of him in his uniform.

Just wanted you to know that my posts are now without a photo. Unfortunately, Cornwall’s BLOGGER had Facebook remove it, as he took the photograph. My staff at Queen’s Park, in 2011, placed it as my profile photo, and I had used it since that time, as it was the only photo I had on the day that my Private Members’ Bill was debated and passed in the Legislature.
Apparently, Cornwall’s BLOGGER had taken the photo, and he has now asked that it be removed on Facebook. Unfortunately, I did not know how to remove it, so I guess I’m going to need assistance in getting a new photo with my posts. Cornwall’s BLOGGER can take the photo and shove it where the sun doesn’t shine! To my Facebook friends, I’m sorry for being so blunt, but Cornwall’s BLOGGER is way over the top.

In July a Captain of the unit with a personal relationship to Mr. Brownell  was shown the poppy image and some of our communication.  He was shocked and in disbelief.  Instead of condemning Mr. Brownell though he stopped communicating with myself.  Shortly after that the group went underground into a secret mode.

Most indicting was Mr. Brownell’s comment when he clearly stated that he felt no guilt regarding the Poppy defacement.

One of the group members also posted this gem.

James Reasbeck
Omg someone altered a picture of a poppy on the internet better call a local news source! What a joke! But I do know what im doing when I get home! Altering a few more!

As I have not seen nor read about the defacement of a poppy, I have NO COMMENT. As I told you before, get out of my life, and get it through your skull that I AM NOT my brother’s keeper! I am a proud Legion member and a very proud Honourary Lieutenant-Colonel of the Stormont, Dundas, and Glengarry Highlanders.

Jim I emailed you the actual image of the poppy defacement.   It’s in our email trail. It’s in our official investigation. 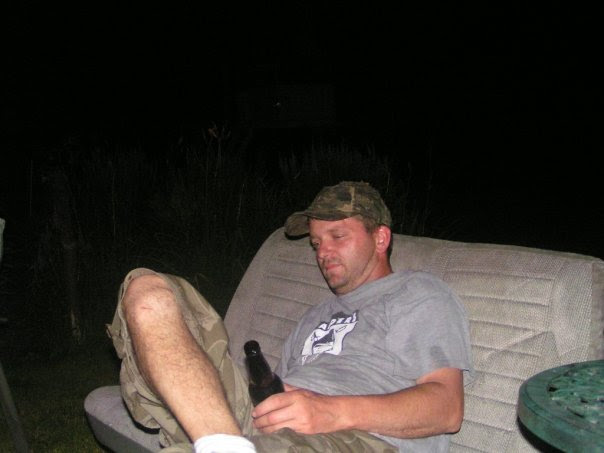 A convicted criminal over the brave men of The Glens and our Armed Forces across Canada. You sir have made an error.
.
The honorable thing would be to resign.  You have no place at any event on November 11th, 2014.

.
And that is where we stand.   It seems we have a man who put his own petty animosity against this writer and newspaper ahead of his duty and loyalty to the men and women of the Canadian Armed Forces and the unit to which he is an honorary Lt. Colonel.
.
What’s more disturbing is that many are giving him a free pass on this issue.   The Legion locally has yet to respond.   The process has been daunting as November 11th approaches.
.

Loading …
.
What do you think CFN viewers?  You can vote in our poll and post your comments below.
.