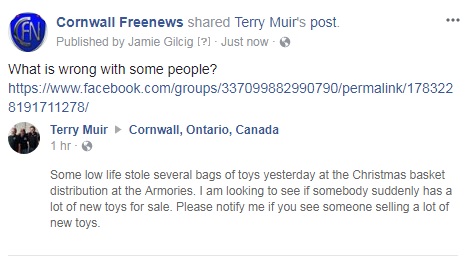 Cornwall is one of the oddest communities I’ve ever lived in and I’ve lived in a few.     The political corruption fingers through everything from City Hall, to charities, and even our SD&G Highlanders apparently. First you have former MPP Jim Brownell named as Honourary Lt. Colonel.    That was a little weird as […]