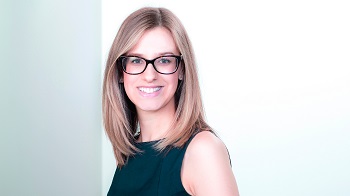 Cornwall Ontario – While the Best Western Parkway Inn & Conference Centre & a few other parties to the Human Rights Tribunal complaint that’s reverberated across Canada have clarified or changed their policies to match the laws of the land, CFN confirmed that the City of Cornwall via it’s high priced Ottawa law firm ( are there really no lawyers good enough for the City locally?) had sent notice on June 30th that it would be defending the case which area legal minds have estimated at a cost of approximately $10K just to prepare for at current BLG rates.

Marie Pier Dupont of the Ottawa law firm of Caza Saikaley, who is representing the still unknown woman who filed the complaint, said that they were willing to remove parties from the complaint that simply agreed to follow the charter.

Calypso Waterpark made a big media splash today by saying that it wouldn’t allow topless women.

At the root of the complaint is the simple practice of equality.  So for example, a business that has signs that state “no shirts, no service” is fine as long as it applies to both men and women?

A simple solution would simply adhering to the law as it stands, or even simply stating that anyone under 18 cannot be topless which would not be gender specific, but address the concerns of those that don’t want underage girls running around topless.

Great legal minds have suggested there’s slim legal glimmer for the defendant’s in trying to wangle section 20.3 of the Ontario Human Rights Code.

But would a judge in Ontario really suggest a hotel, municipality, or water park was in fact a “recreational club”?

While businesses of course can choose to fight or not fight legal claims, the City of Cornwall is spending taxpayers money.  Is it really worth the fight over nipples??

This writer thinks it’d be great if the plaintiff and a crew of women appeared topless at City Council in Cornwall at the next meeting.  Of course I’m sure there are  are at least two councilors, alright three, or five,  that would think that’s a great idea too.

If NYC can have a Free the Nipple parade should Eastern Ontario really be covering up our women if our men can bare their boobs?  Methinks not. We should have more nipples freely wafting in the Summer breezes of our fair city in Lamoureux Park; especially this weekend!

I mean would you rather see Pastor Tom Newton and his signs in Lamoureux park or some women and men frolicking equally in the goose poop?

What do you think dear CFN viewers?  Is Cornwall going to burn through a bunch of cash making an out of town law firm wealthier?   You can post your comment below.