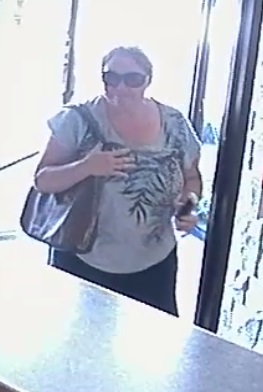 There were 9 individuals arrested within the last 24 hours including 5 men and 4 women, between 17 and 45 years of age, for the following: resist arrest, possession of a controlled drug, cause disturbance, utter threats to cause bodily harm, utter threats to cause death, public intoxication, breach undertaking and breach probation. Five persons were arrested on outstanding warrants.

A 30-year-old local man with a lengthy history of driving suspensions was caught once again by an observant officer.

As the vehicle stopped in front of an address on Compton Street the officer approached and advised the accused he was under arrest as he exited the vehicle. The accused began screaming for the officer to let him go and resisted arrest by pulling away. A group of citizens gathered at the screams and began yelling and encouraging him to not comply.

The officer was required to use physical force to gain compliance and handcuff the accused. During a search the officer located various drugs including suspected heroine, and crystal methamphetamine.

The accused was charged with resist arrest, three counts of possession of a controlled drug, and two counts of breach probation. The accused was additionally charged under the Highway Traffic Act for driving under suspension and driving with an expired validation sticker.

A 28-year-old Napanee woman has been charged after threating the victim via text messages she sent to another woman.

On July 7, 2017 police received information regarding threatening text messages. The text messages were not sent directly to the victim, but rather another woman. In the messages the accused threatened to assault the victim and kill members of her family.

The accused whereabouts were unknown and a warrant was requested.

On July 20, 2017 at approximately 11:45 p.m. the accused turned herself in at police headquarters. The accused was held to attend a bail hearing the following day. On June 26, 2017 a special needs kitten, “Flipper” was stolen from the Kingston Humane Society. The Humane Society is concerned with locating the kitten and having it returned to ensure proper care.

The female in the attached photos may have information in regards to the theft of the kitten. She left the Humane Society in a grey coloured newer Honda Civic or Hyundai Elantra type vehicle, shortly after the theft. Anyone with information, please contact Constable Jennifer McNamara at 613-549-4660 ext. 3311 or via email at jmcnamara@kpf.ca.

It is important to note the phrase “You must stop if you can do so safely”. The determination of if it is safe to stop depends on several factors including:

These factors are taken under consideration when/if an officer stops and charges a driver for running a yellow-amber light.

Finally, here are a few tips to ensure you react safely and properly when confronted by yellow-amber lights.