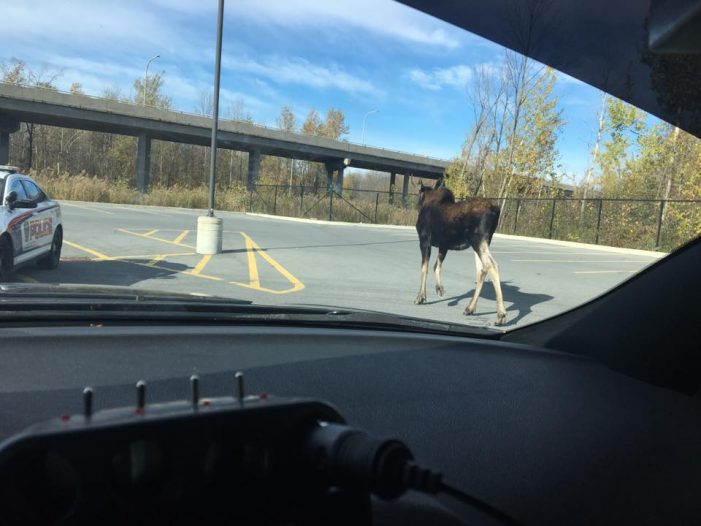 Cornwall Ontario – CCPS informed the public on social media (no media release) that they shot a moose that had wandered within city limits. Moose generally live within a 20KM territory their entire lives.   When they tragically get within human habitation it’s very difficult to remove them to another territory.

The Ministry of Natural Resources is supposed to be the point on these incidents, but as CFN learned when we had the raccoon issue they won’t come from Kemptville to Cornwall citing that their mandate doesn’t cover wildlife which is…boggling.

Alas another beautiful animal is slaughtered in Cornwall as we shrink their natural habitat…..

Cornwall Ontario Police Shoot Moose That Wandered Into City 101917 added by admin on October 19, 2017
View all posts by admin →