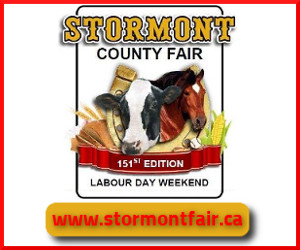 Cornwall, ON – Jesse Whitford, 21, of Cornwall was arrested on August 16th, 2018 on the strength of a warrant. It is alleged the man breached his probation conditions and a warrant was issued for his arrest. On August 16th, 2018, the man attended police headquarters to deal with the matter. He was taken into custody on the strength of the warrant and released to appear in court on September 18th, 2018.

Cornwall, ON – Gobinath Sivanathan, 27, of Cornwall was arrested on August 16th, 2018 and charged with breach of recognizance for being outside his residence after consuming alcohol. It is alleged on August 16th, 2018, police located the intoxicated man in breach of his conditions. During the investigation the man was taken into custody, charged accordingly and held for a bail hearing.

There were 57 calls for service in the City of Cornwall in the last 24 hours (8 am the previous day to 8 am the day of the release).