BREAKING CCPS Refusing to Detail Incident on Sydney in Greenspace 111118 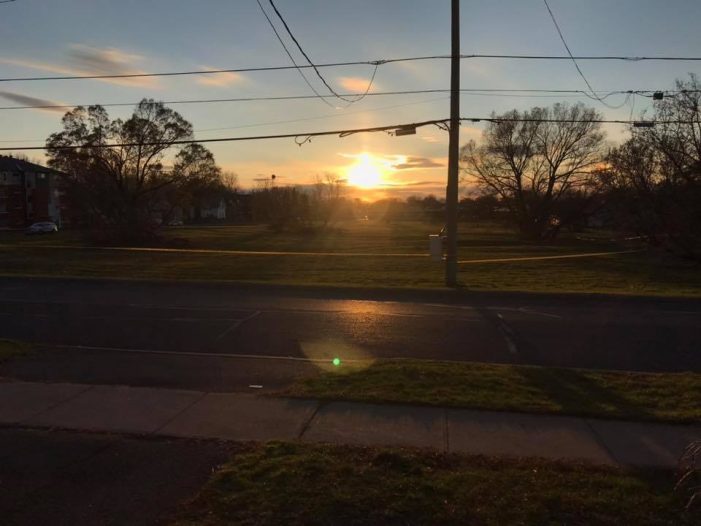 Cornwall Ontario –  Cornwall Police Sgt Robin McIntosh would not give out info to our request to confirm what the incident is on the large green space behind Giant Tiger on Sydney.

A large section of the greenspace has been reported to be blocked off.

Nothing has been posted to the CCPS social media channels or website as of 5:48 PM

Multiple police cruisers reported at the scene as well as a forensic van.  Over 300 comments on social media while police still give out no answers. Someone messaged that a body was found on the open grounds.   Another speculated a connection between an earlier incident.    CCPS still not responding or releasing info on either incident.

We will be updating when more information becomes available.

If you see news happen email your video or photos to info@cornwallfreenews.com or dial our hotline at 855 444 1133.

The Police issued a non statement about the incident.

On November 11th, 2018, the CCPS were called to investigate an incident which was alleged to have occurred in an area between Sixth Street/Seventh Street and Sydney Street/Adolphus Street.
At this time, the investigation is in its early stages and as such, we will provide further details when they become available. The CCPS would like to thank the public for their understanding as we continue to investigate the matter and ask that members of the community refrain from speculation in order to maintain the integrity of the ongoing investigation.

BREAKING CCPS Refusing to Detail Incident on Sydney in Greenspace 111118 added by admin on November 11, 2018
View all posts by admin →