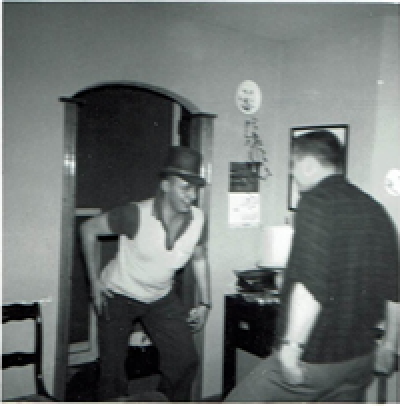 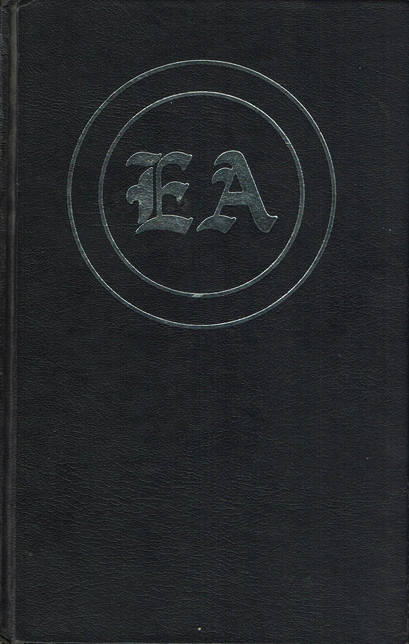 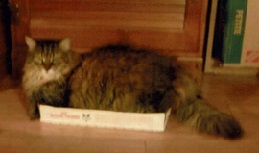 When some of my friends and I were about 10 or 12 years old, we decided to form an FBI club. I have no idea today why but we even wrote out formal certificates for membership.

Mine said, “Dawn Herrington is An Official Member of the FBI Club.” I found the certificate a few years ago but misplaced it.

It was all talk and no action, of course. …until one day we discovered that a house at the corner of York and Second Streets was vacant and had been for some time.

We thought we should go in and see if there were any ‘clues’. Clues about what, I can’t even fathom now. Anyway, we found an open door and in we went. As we were examining the lower floor for ‘clues’, suddenly there was a creaking of the floor above us. Holey Toledo!! You never saw kids run so fast!! We got out of there like a shot out of a canon! That was the end of our ‘club’. We all agreed it was too scary. It was time to go roller skating, play baseball, hop scotch or something more our speed.

Never did tell Mom about that one!!!

I happened to come across in an old album this 1961 photo of Mike Jacobs and Hugh O’Reilly. On the back it says, “Mike and Hugh playing “High Noon”. We were at a party and they were entertaining us by acting out cowboy duels. They were very comical and it was fun watching them, as I remember. ‘ Boys will be boys’, as the old saying goes.

Hugh, in later years, became our Fire Chief in Cornwall.

In a recent newsletter of Everything Zoomers ((https://www.everythingzoomer.com/health/2019/07/09/how -walking-fast-can-extend-your……..) there is an article about research of a study published in June by Mayo Clinic Proceedings (https://www.mayoclinicproceddings.org/article.S0025-6196(19)30063-1/fulltext) which apparently states that habitually walking fast can add , on the average, 15-20 years to their lives.

They say that from the study it is clear that walking faster is a big benefit. In the article it also states that Harvard Health reports https://www.health.harvard,edu/staying -healthy/5-suprising-benefits-of-walking) – five other benefits of walking, fast or not:

Time to get walking for sure.

A friend just returned this book of mine of the Emotions Anonymous Program. The Copyright is 1978. It is part of a library of books I had at Mount Carmel House Treatment Center concerning the various 12 Step Programs such as Alcoholics Anonymous, Narcotics Anonymous, Al -Anon and Alateen.

It states that “EA was formed by a group of individuals who found a New Way of Life by working the Twelve Step Program of Alcoholics Anonymous as adapted for people with emotional problems.”

It has a lot of great stories in it of people who use the program in their lives as well as information on how the program works – One Day at a Time.

The 12 Spiritual Steps and Traditions are outlined as well as these 12 slogans:

2) You are not alone

6) Look for the good

7) But for the Grace of God

9) This too shall pass

The book opens and closes with the beautiful Serenity Prayer:

“God, grant me the serenity

To accept the things I cannot change

Courage to change the things I can

And the wisdom to know the difference.”

Just lay a box down for two seconds and this cat, who must have very special hearing abilities, finds it. When I brought this box home which contained his canned cat food, I just put it down to see what he would do. He was asleep in the bedroom.

Sure enough!! In seconds he was awake and in the box in the hall. As you can see he is a bit big for it but sooner or later he will, with continued use, have the front flap down and then the sides also and he will be more comfortable.

Here is a joke from a friend:

A three year old walked over to a pregnant lady while waiting with
his mother in a doctor’s office.

He inquisitively asked the lady, “Why is your stomach so big?”

With big eyes, he asked, “Is the baby in your stomach?”

Then the little boy with a puzzled look, asked, “Is it a good
baby?”

With an even more surprised and shocked look, he asked, “Then
why did you eat him?”