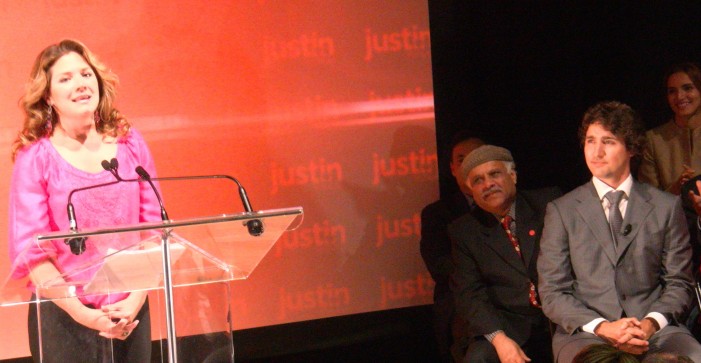 AUGUST 30, 2021 – Dear Justin. You seem to be struggling early in this election They’re never easy. I get that.

However you truly are to blame for it. Every group and Canadian wants their vote to count. We want to be represented at the highest levels. We want freedom . We want justice. We want to be safe, and we want the opportunity to be the best we can without corruption holding us back.

We’ve met. I’ve interviewed you, but after I asked you a question about Marc Emery being extradited to the US (this was before you were PM) I was cut off from you. I had an issue with other countries yanking people out of Canada for activities that they wouldn’t go to jail for in Canada . That you had a history with him, I had no idea at the time.

After that 30 second question I essentially was cut off by your party, and after you were elected access to your government.

Governments are the biggest advertisers in Canada sadly. Your government has never purchased a single ad in this newspaper. No election notices. Dangerously, no Covid-19 ads even though we were far ahead of other media and very pro mask and vaccination which your government appears to be as well.

While I may have upset someone in your team by daring to ask a legitimate question on a whistle stop in Cornwall what would your team have against our viewers?

Even with the negative drama of the last few years we still have over 20,000 regional viewers (Toronto, Ottawa, Montreal, and yes, Cornwall even) weekly not counting our seven social media channels.

As well, your strange media accreditation scheme looped through the CBC refused to recognize this newspaper while actually crediting a newspaper that hadn’t published in ten years in our market.

See, this is a factor in why you may be having problems this election? When you treat enough people as badly as myself and our viewers can you blame them for not wanting to vote for you or your party?

When gas is over $1.35 per liter. When you can’t rent an apartment or get a mortgage unless you make as much as a Civil servant. When you see the cost of everything rise with inflation while you cut CRB payments to thousands of Canadians that might not have a lot of options during this epidemic; that’s a lot of votes. Those are Canadian families that are being devastated by the decisions you and your government make.

This isn’t a plug for your opposition. Frankly they really are not better than you. Different, but not better, and some are actually worse.

Our audience deserves the respect of your government. We pay taxes. We pay for your decisions and while maybe not as big as big corporate media, still do count.

IF you lose this election it will most likely be because you simply are out of touch with us real Canadians. It’ll be because there are still a few hundred independent newspapers like this one that you and your team have disrespected.

I remember the night you took the leadership of the party. I was chatting with your amigo Terry Dimonte and he raved about you. He gave me a perspective that sadly you have failed to fulfill. I don’t blame Terry. A lot of people may have been wrong about you.

An Open Letter to Justin Trudeau from Jamie Gilcig – Publisher www.Cornwallfreenews.com added by admin on August 30, 2021
View all posts by admin →