L I N K Dude looks like a Solo act.   Just short of their 40th anniversary Rock band Aerosmith looks like their breaking up as opposed to falling apart after lead singer Steven Tyler fell off the stage in August. “I don’t know what I’m doing yet, but it’s definitely going to be something […]

No Shortage of Spirit in Cornwall – Spirit of the City CD Release a blast! 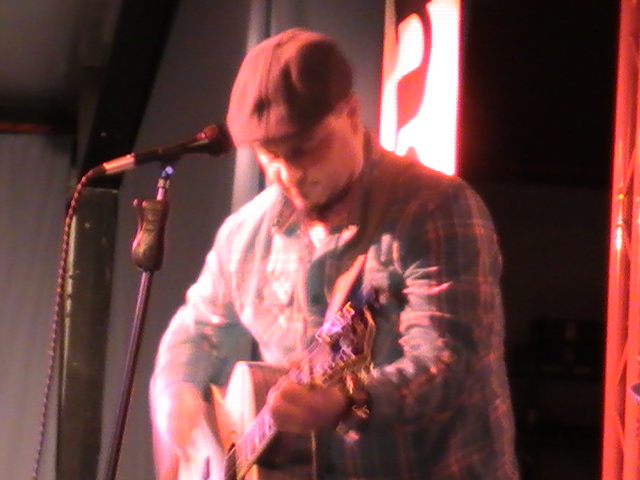 Good Music, Good Food, Great Spirit, an evening to remember, and all for a super cause; The Cornwall Community Hospital Foundation.   Judging from the crowd it was a quite the haul! Sara Murphy and her Co-host John Earle of FishRizzo Productions know how to throw a good party!   The food was sponsored by Moustache Joe’s. […]

L I N K “Doctors have ordered the singer, 62, to postpone three US concerts with Billy Joel next month.”    Legendary Music Maker Sir Elton John is resting in hospital and should make a full recovery. please visit our sponsors:

L I N K –   Odd quote by our Prime Minister regarding he and his family getting the Swine Flu shot…. “My plan, if it’s generally recommended for people to get the vaccine, my plan is to get the vaccine,” he answered at a news conference near Edmonton on Wednesday. “But as yet, of course, […]

“Best place to be on the last Friday of each month is “Open Mike” at Cafe Connectionz, 407 Water Street East.  Hours are 6:00 PM to 9:00PM.  A great opportunity for local performers to be heard – just call and book your spot.  For the audience –  enjoy excellent food, fantastic coffees and teas and a […]

KPIG or why I love the Internet and Online Radio

One of the neatest things about the net is how it can make the world seem a bit smaller.    You won’t find too many stations like this in Canada, and they even play a lot of Canadian music.   I’ve been listening to KPIG since the 90’s.     If you’re over 30 you probably will dig what […]

Upcoming Music Events in Cornwall – From the Cornwall Underground

There are lots of upcoming shows and music gigs coming to Cornwall. Here is all the latest news! Dark Days or Fair is playing a gig on Saturday September 19th 2009 at City Limits in Cornwall. This is a charity fundraiser for breast cancer. And who doesn’t like breast? Exactly. Checkout Dark Days or Fair’s […]

Is Cornwall Island Part of Canada?

I’m not a political scientist.   I’m not a geographer.   In other words I’m not an expert on this area, but I have politicians, and people of all sorts talk to me about some of the fundamentals of the Bridge Crisis which I’ve covered here in this paper. I am of the belief that Cornwall Island […]

Ben and Jerry’s have always been on the cusp and edge of what’s going on in the world and with Vermont legalizing Gay Marriage they decided to come out with Hubby Hubby flavored Ice Cream.  Click the photo to go to their web site for full details. “In partnership with Freedom to Marry we are […]

Now is this the most cheesy romantic story ever?  Must learn as it’s my own wedding anniversary this month!  Click the link to read the full story. L I N K “An 87-year-old North Wales man has put a fresh rose at his wife’s bedside every single day of the 60 years they have been […]

Tick tock, time is running out for you to win two tickets to the hottest music fest in the area this summer.   To win just post a comment on why you should win.  For each entry you make that’s accepted you are entered to win the two tickets! If you haven’t posted your comment or […]

It’s one week to go before Snoop Dogg and a whole lot of performers shake Gananoque.   You can win a pair of tickets.   For every accepted comment you post on our site your name is entered to win two tickets to the event.  The lamer the comment the better.   Our readers want to be entertained, […]

So are you going to see Akon at the 1000 Island Music Fest ?

httpv://www.youtube.com/watch?v=HS7aULdHo24 Wanna Win Tix to see Akon? What YOU have to DO to WIN these TICKETS is post to our site. Leave your comment here and I want to see the lamest reason why you should get the tix. I don’t want to hear about sick puppies.  I want some creativity.      We may round up […]

So we were kicking around ideas of how to give these two tickets away to the 1000 Island Music Fest (Your choice of day from August 13-15) What YOU have to DO to WIN these TICKETS is post to our site.  Leave your comment here and I want to see the lamest reason why you […]

Ya Wanna See Snoop Dogg?  We have two tickets to give away to some lucky reader of the Cornwall Free News!    We just got the word from Eric Alper from the event.  We’ll be covering the 1000 Islands Music Fest for Cornwall and two lucky readers will have the opportunity to win a pair of […]

Man, Snoop Dogg this close to Cornwall.   The 1000 Islands Music fest has a full slate of performers coming to our area.     L I N K And here’s a funny link, 5 Things Snoop Dog can do while in Gananoque please visit our sponsors: