CORNWALL Ontario –  Today Corus Radio shut down The Cornwall Daily.com; essentially cutting down its local newsroom in Cornwall.    Three jobs were lost including,most likely, news director Bill Kingston who also represented the station as a member of the board of the Cornwall & Area Chamber of Commerce; a position he’d have to step […]

CORNWALL Ontario –  That wacky Todd Lihou of the Seaway News has been caught telling Porkies again. Mr. Lihou wrote a column spouting how awesome the Seaway News is numerically speaking only he didn’t really give out numbers.  He just congratulated his paper while mentioning some limp stories. Frankly if you’re going to talk numbers […] 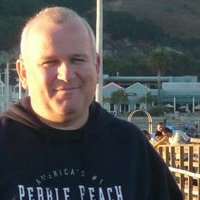 Good luck Mark and enjoy the ride! Corus Entertainment Inc. is pleased to announce the appointment of Mark Dickie as General Manager of Corus’ radio stations in Ottawa and Cornwall, effective February 3, 2014. In his new role, Mark will be responsible for providing strong leadership and strategic direction to the Ottawa radio stations, CKQB-FM and CJOT-FM, and […]