CFN – For many weeks I have been reviewing and meeting candidates for the leadership of the federal Conservative party. It has been an astonishing race, with a multiplicity of candidates, few of whom are household names to a significant number of Canadians, and in an electoral process that is a computerized, remote-control treatment of a […]

By admin on November 15, 2016   FEDERAL Politics, Headlines, Politics, View from the Hill

OTTAWA ONTARIO – When you hear that the KKK is planning a victory march to celebrate Donald Trump’s election win, it does make you wonder whether or not it was the right move for a candidate to align herself with some of his immigration policies even if there was an attempt to “Canadianize” them. No […]

By admin on November 1, 2016   FEDERAL Politics, Headlines, Politics, View from the Hill

OTTAWA ONTARIO – So here we are in late fall with just 28 sitting days left for the House of Commons before the Christmas/New Year’s  break. At last count we had 12 people who have entered the Conservative leadership race or who have said they will enter it, all believing in their own mind that […]

View From the Hill by Keith Beardsley – Definition of a Limo for Minister Philpott AUG 21, 2016

Health minister Philpott’s defence is that the car that she was chauffered around in was not a limousine but a sedan. We also know that it was a high end Lexus ES 300. Here are a few definitions of “limousine” for the minister to ponder when she comes under fire for misleading parliament. Definition of […]

A pattern is emerging in the conduct of the Trudeau government. It straddles fairly stylishly between gestures to the trendy and fashionable cutting leftward edge of its support without grossly offending the solid centre of the country that provides the majority for any Canadian federal government. That centre was fairly comfortable with the Harper government, […] 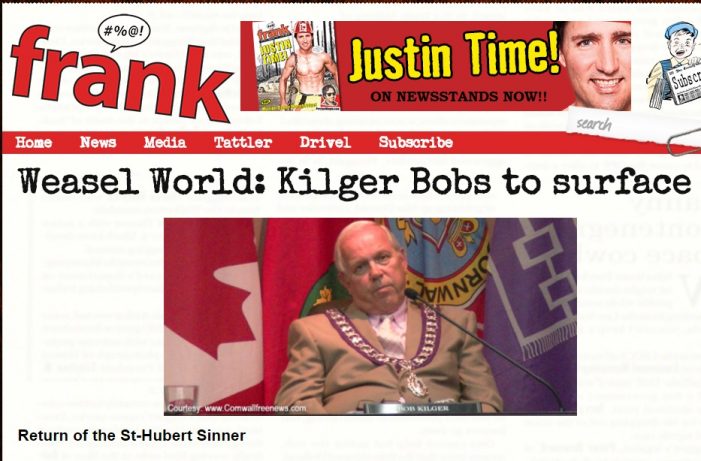 By admin on January 18, 2016   FEDERAL Politics, Letters to the Editor, Politics

Re:  The cash crunch of commitments: uncosted spending vows lurk for Liberals, Andy Blatchford, 01/17/2016 1 The Bank of Canada can never run out of Canadian dollars, nor can the federal government which owns it.  In keeping their promises, Liberals should not be deterred by deficits, because if necessary these can be run indefinitely. In […]

By admin on May 7, 2015   Community, FEDERAL Politics, Letters to the Editor, Opinion

Re: Federal parties start to play their economic cards, Jason Fekete, May 5, 2015 http://ottawacitizen.com/news/politics/federal-parties-start-to-play-their-economic-cards The conventional wisdom is that whichever party forms government will not have much financial breathing room, especially with the collapse of world oil prices. In fact, while there are ideological and eventual real resource restraints, there is no financial constraint […]

The federal government deserves credit for unveiling its plans for regeneration of Canada’s long-shrinking navy. Seven years have passed, inexplicably and expensively in terms of ultimate cost, since the prime minister announced that eight Arctic off-shore patrol ships with ice-breaking capacity would be built, the first to be delivered in 2013. Now we will have […]

By admin on December 4, 2014   FEDERAL Politics, Politics, View from the Hill

CFN – This past week we have seen Prime Minister Harper keep with tradition and stand during Question Period to defend two of his embattled ministers. One has to wonder why? The foul ups and bad optics that Veteran Affairs minister Fantino created for himself, should not require the Prime Minister to defend him. It […]

By admin on September 5, 2014   FEDERAL Politics, Politics, View from the Hill

CFN – It is hard to believe that it is 30 years ago today that I was a young campaign manager sitting in our riding election office trying to find ways to keep our candidate busy (and out of our hair) on what was then an election day- September 4th, 1984. We were in a […]