BREACH Cornwall, ON – A 36-year-old Cornwall man was arrested on March 12th, 2019 and charged with breach of recognizance for contacting and being within 100 metres of his ex-girlfriend and for attending her residence. It is alleged on March 10th, 2019 the man attended his ex-girlfriend’s residence, despite his conditions, and police were contacted […]

SEARCH WARRANT EXECUTED IN RUSSELL (RUSSELL, ON) – On February 13th, 2019, members of the Organized Crime Enforcement Bureau – Community Street Crime Unit (CSCU) executed a Search Warrant in the Township of Russell with the assistance of the Tactics and Rescue Unit (TRU). Investigators seized four firearms, ammunition, and a small quantity of Percocet (oxycodone) […]

(PRESCOTT, ON) On February 2, 2019, at approximately 2:30 a.m., officers from the Grenville County Ontario Provincial Police (OPP), stopped a motor vehicle travelling west, on Highway 2, in Augusta Township. Further investigation revealed that the female driver had an outstanding warrant for her arrest and that a male passenger had breached his Recognizance . The driver, Brittney […]

Two handguns seized, four men charged with drug trafficking (Ottawa) – Four men have been charged with weapons and drug offences after Ottawa Police Drug officers conducted a high-risk takedown of a vehicle last evening in the city’s west end. At about 8 pm, officers observed drug transactions taking place from a vehicle in the area […]

TORONTO ONTARIO – Projects Aqua, Panda, Gallo and Drizzle resulted in the seizure of more than 20 firearms including assault rifles, hundreds of rounds of ammunition, motor vehicles, $3.2 million in cash, 115 kilograms of cocaine, 44 kilograms of MDMA, 3.5 kilograms of heroin, one kilogram of fentanyl, 112 kilograms of marijuana, 11 kilograms of […]

ASSAULT, THREATS, OVERCOME RESISTANCE Cornwall, ON – A 34-year-old Long Sault man was arrested on January 6th, 2017 and charged with assault, threats and overcome resistance (choking). It is alleged during an argument on January 4th, 2017 the man grabbed his wife by the arms, threatened her and choked her. Police were contacted and an […] 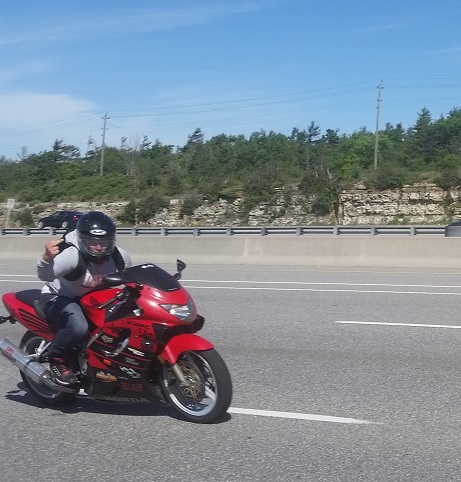 Erratic motorcycle driver arrested FOR IMMEDIATE RELEASE: Friday, June 17, 2016     7:30 am (Ottawa)— The Ottawa Police Service has identified and charged an Ottawa man for these incidents. Thanks to several tips received from the public, the driver was identified as James COLE, 25 years old. COLE has been charged with two counts of pointing […]