Cornwall Ontario – Homemade popcorn, candies, cookies sometimes in little paper bags or wrapped in paper napkins tied at the top were big treats for us as kids on Halloween. We got little bags of potato chips and even the odd nickel. Many moons ago now we carried pillowcases or shopping bags to hold […] 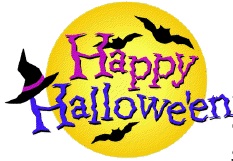 Cornwall Ontario – It’s that time.   The trick or treat crews are getting ready to maraud our local neighborhoods! Locally it’s going to be a clear and cold night with temps falling to about zero by the time the clock strikes the Witching Hour! A warning to all to be safe.   Make sure […]

Should Christians Observe Halloween? Letter to the Editor by Pastor Tom Newton

Yes, it’s that time of year again, the time when the debate is renewed among professing Christians whether or not to have anything to do with Halloween. Opinions range from seeing Halloween as harmless to seeing it as an opportunity to reach the lost with the Gospel of the Lord Jesus Christ. The latter opinion […]