Self Inflicted 3rd Wave Covid-19 Lockdown in Ontario to Happen Because of Ford Gov’t Failure. By Jamie Gilcig 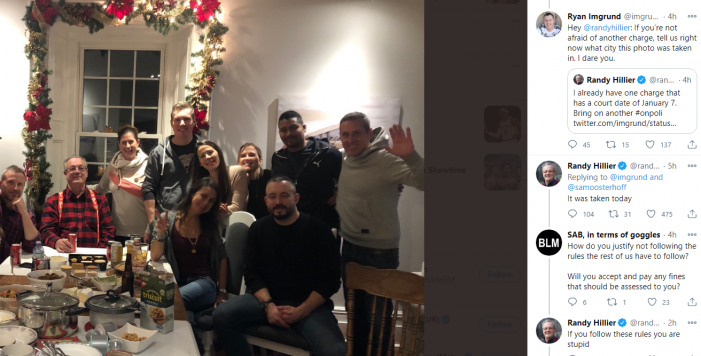 March 31, 2021 – One would think after a year of a world wide pandemic that best practices would be the rule of the day for the largest province in Canada. Sadly we have failed, and that failure starts at the top. Too many rules without enforcement send the wrong messages to the public. Too […]

MARCH 21, 2021 – As a result of a Band Council Resolution (BCR) from the Chief and Council, all Ontario Provincial Police (OPP) members have withdrawn from the Pikangikum First Nation. The ten OPP members returned to their home locations on Friday, March 19, 2021. Due to allegations of misconduct involving OPP members, the OPP […]

Ontario’s Auditor General, Bonnie Lysyk, recently released her annual report, causing a political backlash from government officials being called out on mismanagement, lack of proper oversight, misuse of taxpayer dollars, and much more. It seems that some years, this audit of the provincial government truly shocks Canadians with scandal, but this year, it was more […]

SEPTEMBER 23, 2020 – Up to 60 Ontario Pharmacies to Offer Testing by Appointment Starting Friday The Ontario government is providing people with convenient and timely access to free COVID-19 testing at pharmacies in the province. As of Friday, up to 60 pharmacies in Ontario will begin offering testing by appointment only, with further locations […]

New Measures to Further Protect the Health and Safety of the People of Ontario TORONTO — To further contain the spread of COVID-19, the Ontario Government will order the mandatory closure of all non-essential workplaces effective as of Tuesday, March 24th at 11:59 p.m. This closure will be in effect for 14 days with the […]

Statement from Minister of Education Lisa Thompson “Ontario’s students need to be able to focus on their learning – not their cellphones. “Last fall, we launched the largest-ever consultation on education in the history of Ontario. During this consultation we heard that 97% of respondents support some form of a ban on cellphones. “Our Government […]

Cornwall Ontario – Is it any wonder when a store opens in a city and doesn’t invite the largest newspaper, never mind advertise in it,  that such a corporate culture leads to store closures? Lowes is shutting down a number of stores across the chain. Here is the official list for Ontario and Quebec which […]