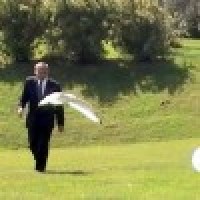 Cornwall ON –  Our MP Guy Lauzon is having another one of his passport clinics Saturday March 27 at CCVS.   We have confirmed that the photo fee is $20.

So the bottom line question is why is our MP allowing his constituents to be bilked and gouged for a passport photo?  Several local and regional services offer Passport photos for less than $10.

We queried several professional photographers in the area that categorically stated the public was getting gouged and that they be happy to charge $10 per photo for such an event when you can do 200+ in a single day even with the cost of renting mobile equipment to shoot on location.

Does it seem reasonable for a MP to be associating himself with an event that gouges the public?  An event that some people may attend as it’s advertised with his mug in the ad as it is in this week’s issue of the Adam Brazeauless Le Journal?

What do you think Cornwall?  Feel free to post your comments below.

Can the public bring their own photo? Or are they forced to be gouged?

I do believe the public can bring their own photo, but that’s not really a difference. I attended one of the clinics and at no point was that point suggested. There was no signage stating that the photo service was separate and the line up was for the photos. Even if Mr. Lauzon doesn’t profit by the gouging why would a MP allow the public to be gouged at an event held in his name?

#1 You can bring your own photo, been there done that , but it has to be done right, no glasses, no smile, no forehead glare, no shine on the chin etc. #2 The photographer is a pro and $20 may not be cheap but it is not GOUGING. #3 This blog is always looking for ways to throw stones at Lauzon. These clinics are a good thing, a service to our community. I may not always agree with Lauzon’s Party but to date I think he is doing a good job. Maybe I’m just star struck, we are not… Read more »

As you can see we offer more courtesy to others than our MP. Gouging the public under the MPs name is just wrong. Welcome to the Cornwall Free News.

On google, I found a May 2009 memo from Guy’s office that stated he and his staff do these clinics as volunteers without pay. At that time it was the 30th one. This looks like a good service and people have a choice not to go, but maybe Mr Lauzon’s office can respond to the 20 dollar photo charge……

That would be nice Eric. No citizen should get gouged at an event in an MP`s name. Mr. Lauzon is aware how much is charged too. Why should the public pay such an excessive fee

Just a comment to Dave from a person who covered the events when they happened and has no political affiliation and hasn’t voted in the last three elections. The RCMP building and the call center were both announced when Bob Kilger was our MP before Guy Lauzon. As for the new arena, that was a city council initiative and part of the stimulus package. Lauzon had no choice but to back it since there were precious few stimulus packages coming to the riding. Mr. Lauzon has proven to be good at taking credit for other people’s work (and so are… Read more »

thank you for posting Mr. Pilote. I hate the way I get vilified by “certain” Conservatives. In this case I believe Dave is an actual politician, but won’t out him any further. Mr. Lauzon hasn’t accomplished a single thing as MP for the residents of this riding. You outlined his lack of impact on several projects. You can add gouging thousands of residents via his Passport clinics. Even his tenure with the government prior to elected office involved cutting the numbers in his department before taking his golden parachute. Jobs at the Call Centre? I have yet to verify a… Read more »

. The gouging is not by Guy but the photographer, and is not gouging. It costs money to do the work and all the supplies needed. Bringing your own photo is not a good idea either. There is certain criterion that must be met. It is your choice to get the passport; if you can afford to travel then $20 shouldn’t be that hard to cough up. As for Guy Lauzon, *l* that man is quite the enigma. Can anyone find a clear definition of his role in government? Can just one person tell us what he did for Cornwall… Read more »

No, the photo clinic is his responsibility. It’s his name on it and he’s been aware of the gouging for over a year now and is using the same photographer.

We have spoken to many local photographers who said they’d be thrilled to have this gig and charge half that fee for such a day. Half that fee being $10 so why is the MP allowing residents to be gouged??

That answer is probably buried with his answer for why he’s been so silent and inactive during the Seaway International Bridge Crisis.

You would figure it would be in Guy’s best interest to tender out the photo contract and obtain the best price possible for his constituents. If a photographer is willing to do it for 10 bucks, thats half the cost of what is being paid now. If there were say, 200 pictures done in a day, thats a difference in savings of 2000 bucks. You should provide that list of local photographers to Guy.

Grimalot it’s not my place to do such a thing as provide our MP with this information. I posted area retailers and how little they were charging and during the last election confronted Mr. Lauzon with this exact information.

So knowing this as long as he has he simply chooses, knowingly, to continue to allow the public to be gouged by the same photographer? I sure as heck hope that at least Guy gets a vote out of the deal 😉

grimalot & admin: definition of conservative: stuck in the mud, impervious to change

I have had a few discussions with Lauzon regarding economic development and business plans for the area. To be honest he has no clue how to answer or any concept of growth. His best answer was “I believe there is a retired entertainer looking at that”. * This is a win win business which is growing in other countries but this man has no clue. He should be referred to as puppet. He like Kilger and Brownel needs to grow a pair What the hec is a head of Caucus anyway? In Guy’s defense I have had the same discussion… Read more »

That won’t be a vote from me.

Now now PJR I’ve met some very intelligent and enlightened Conservatives and some boors in all parties. I think we as Canadians need to become more issue centric.

I did say “conservative”, admin. Not “a conservative”. Now progressive conservatives, I grant you, can be enlightened, relatively speaking. Poor dear Mr Lauzon, however, is the clapmeister (aka cheerleader) of their regressive cousins.

Way to go PJR. Regressive Conservatives it is.

“In this case I believe Dave is an actual politician, but won’t out him any further.”
So you will out people to a certain extent without their permission? What editors’ handbook did you read?

We have not outed anybody. If we wanted to out someone we would. We are not fans of anonymous attacks. I know they’re popular, but there’s a very clear difference between someone posting a shot from the shadows and say a whistle blower.

If I had any issues that Jamie would actually out anyone (except to the proper authorities if subpoenaed), I would not be posting here. But Jamie, in the interests of preserving your loyal readers, I would calm any current or future rhetoric about outing anyone. This is a few times now that this conversation has come up on your site. Some anonymous posters do not like any semblance of being outed.

Hi Grimalot, We have a policy regarding anonymous posting, and will not allow our site to be used for “black” or “white” ops. If a poster is connected to a story via affiliation on either side we expect them to identify themselves when posting in the story. What that means is say I’m posting a story about Guy Lauzon. If Guy’s campaign manager defends him I expect him to identify himself. Same thing if say Darlene Jalbert were commenting about Guy Lauzon in that story. I’d expect her to identify herself in that post. It’s not about a user posting… Read more »

Granted, a very noble policy to have. But randomly threatening to out someone you will find will reduce your subscriber loyalty very fast. You have the option of allowing or not allowing a comment. Therefore that is already method enough to keep comments within the guidelines you seek for this site. If someone should own up to a comment, then you don’t allow the comment if it breaks those rules and they rewrite it accordingly. Plain and simple.

If people do not want to pay $20.00 for the passport photograph with this photographer then they have the right to go some place else. Also just because this photographer is charging $20.00 doesn’t mean he/she is gouging anyone. They have based their pricing on their costs, experience and overhead. People know upfront the cost so they can use it or go someplace else. I do not see any dishonesty here. BTW…applications will be returned if the images are not taken with the very specific guidelines dictated by government so when choosing a photographer ask about their return rate. If… Read more »

Hi Ms Milner, When I go into a studio and hire the skills of a professional photographer it’s one thing. First off the photographers I spoke with when outlined with the paradigm of having to shoot proper passport photos; renting mobile equipment if they didn’t already have such equipment were quite happy with the prospects of shooting 200-500 people in a single day at $10 per photo. Without getting into the semantics of the definition of “gouging” how do you justify doubling of the fee on a continued basis? Should the MP, offering what’s supposed to be a service to… Read more »

My name is Dan Morency and I’ve been a professional photographer for 27 years and I’ve owned Roy Studio for 23 years. During the last 4 years, I’ve done about 20-25 of the passport clinics with Mr. Lauzon. The reason he asked me to do the clinics is that 99.9% of my passport photos are accepted and he doesn’t want to bring so called professional photographers who’s photos will get rejected. Do you think the public would be happy to attend the passport clinics and a few weeks later get a letter stating that their photos are rejected? I can… Read more »

Thank you for posting and sharing this information with the public. You’re welcome to post here any time you wish. I highly commend you on the quality of your work and longevity in our community.

Editor please note, it would seem there’s no gouging going on at Guy Lauzon’s passport clinics.