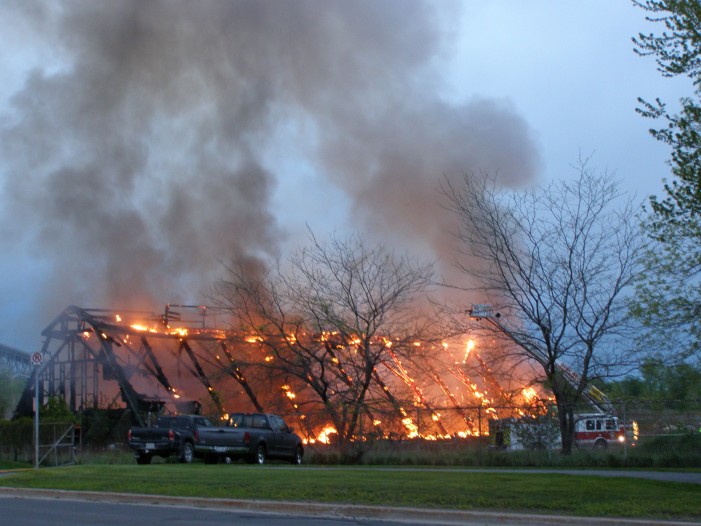 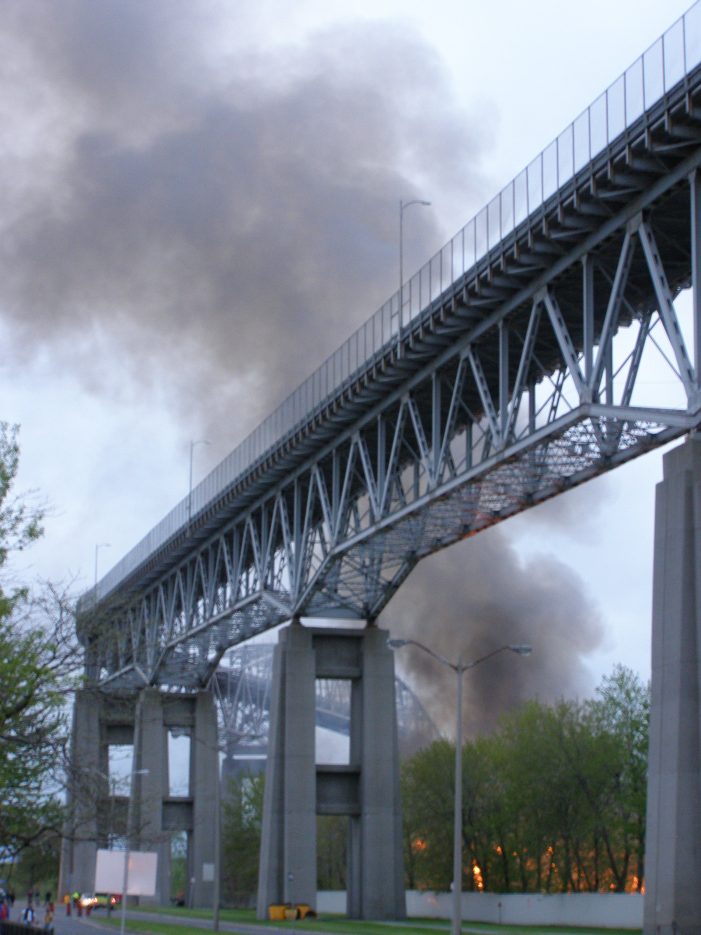 Cornwall ON – A fire consumed an old CIL building on the former Domtar Inc. site in Cornwall Ontario resulted in the closure of the Seaway International Bridge early this evening.  5 Vehicles and 20 personnel were dispatched to the fire.

An ongoing investigation will initiate to determine the cause and nature of the blaze. After much of the structure had burned, city firefighters turned two water cannons on the blaze which drew a large crowd.

We’re seeing a bunch of clips of the fire on You Tube such as this one:

One of our readers suggested that the fire was connected to a UFO sighting and submitted their You Tube Clip.

We’ll update this story as more news comes across our desk.  If you have a hot news tip, photo or video email it to us at info@cornwallfreenews.com.  If we use your info we’ll give you full story/photo credit.