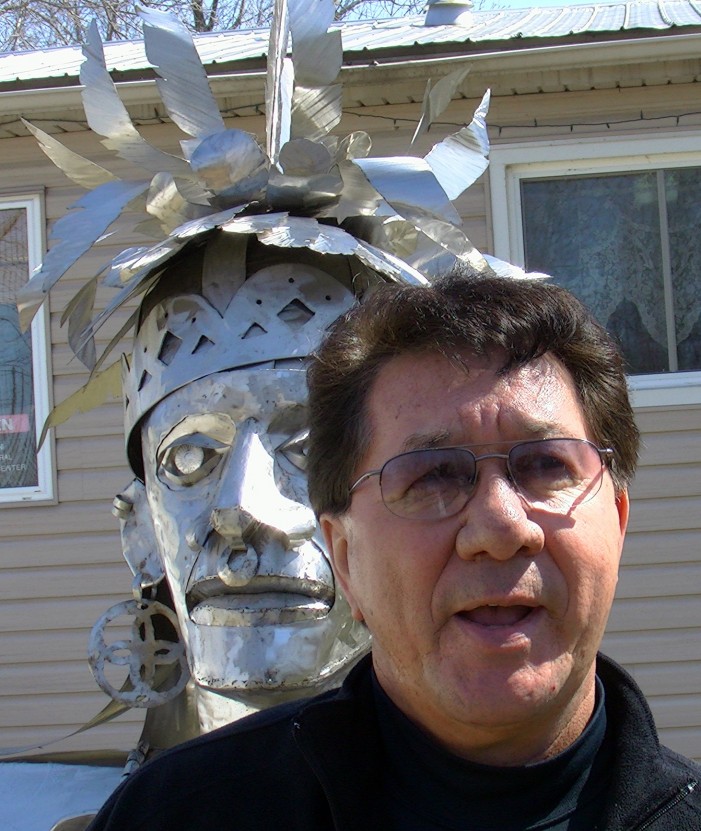 Akwesasne Mohawk Territory – I caught up with Grand Chief Mike Mitchell of Akwesasne Friday.    As usual he was a moving target and on the run.

The Ronathahon:ni Cultural Centre better known as The Native North American Traveling College where a grant from Ontario was presented by MPP Jim Brownell.   The Grand Chief also debuted his new book on Lacrosse, a passion of his.

We spoke about the Seaway International Bridge Crisis that is about to enter its third year.

We haven’t had an opportunity to negotiate a solution.

He said that there were two complaints under investigation involving bridge turn around and Identity cards used from various entities in Akwesasne.

The Grand Chief also spoke about his efforts to counter negative perceptions about Akwesasne perpetuated via media coverage of the Bridge Crisis and issues connected to it.