Toyota Hit With Another Recall – Over 10 Million Vehicles Recalled in the Past 18 Months – June 30, 2011 – Cornwall Ontario

Cornwall ON – More bad news for Toyota as they have just issued recalls for the  Lexus RX400h and Highlander hybrid.    That brings the totals up to over 10 million vehicles recalled in the last 18 months. From the Toyota website press release: The Intelligent Power Module (IPM) located inside the Hybrid System Inverter contains a […] 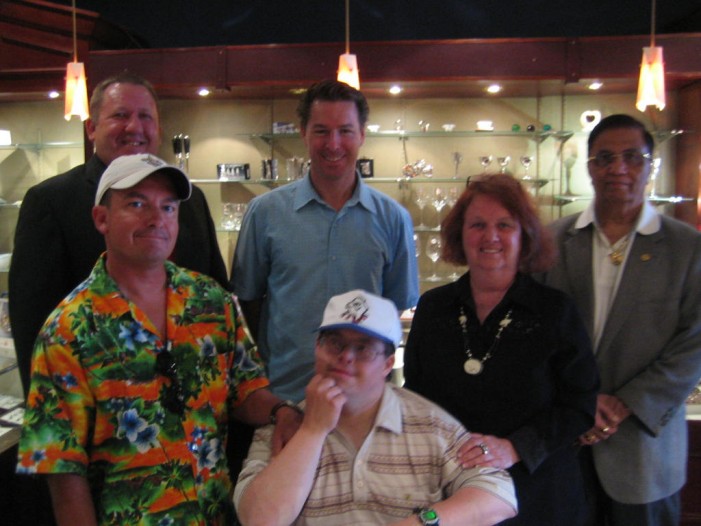 Cornwall ON – Apparently our MP, Guy Lauzon upset a radio station this week and made one happy. Mr. Lauzon seems to be the controller of the Canada Day festivities in Cornwall and radio station manager Mike Guimond received a phone call from Mr. Lauzon personally stating that his station was not welcome to set […]

Ontario Expands Provincial Parks and Creates a New One in Morrisburg – June 29, 2011

Wasaga Beach ON – Ontario is adding a new provincial park this year and expanding two others, giving families and visitors more opportunities to get outdoors and enjoy the province’s natural beauty.   The expansions to Ontario Parks include: §          A new provincial park called DuPont on the St. Lawrence River near Morrisburg. The park includes a mature hardwood forest, […]

CFN – Since it first opened in 1961, Upper Canada Village has played a key role in Eastern Ontario’s tourism industry having welcomed over 12 million visitors from around the world. With a reputation as one of North America’s finest living history museums, the village is a showpiece of the St. Lawrence Parks Commission which […]

Firework Tips in time for Canada Day and 4th of July! – Cornwall Ontario

CFN – Thanks to the folks at Diligent Solutions for these Fireworks safety tips!  With July 1st here in Canada and July 4th in the US there’ll be no shortage of fireworks being set off.   Some of the tips that some people don’t always think about. Having that 100 by 100 foot clear section […]

Cornwall ON – A seed of hope for Canadian Politics occurred Saturday in Cornwall Ontario.    Rock the Vote didn’t run last year,  but it was back this year at the former Snails 2 club.  Hundreds of young people came out for the free music, but also listened to and talked about some of what they feel […]

Cornwall ON – Two very interesting reports have completed recently.    The first was the TOP report or 2011 Trends, Opportunities and Priorities Report which focuses on SD&SG, Cornwall, and Prescott Russell and covers an awful lot of ground.   It’s insightful and you can get a real snap shot of our area and how it’s […]

Toronto ON – British Columbia is on the right track with its controversial move to a harmonized sales tax (HST), according to a C.D. Howe Institute report released today. In “The Time is Still Right for BC’s HST,” authors Finn Poschmann and Alexandre Laurin say the shift to a value-added taxes mirrors patterns in most […]

Cornwall ON – SD&SG Provincial Liberals reloaded their team and added some new faces as they prepare for the October election. Half of the team are women as the riding association showed off its diversity. From the meeting: Tuesday night the SDSG Provincial Liberal Association named Dany Donati as their new President. Mark MacDonald Liberal […]

Cornwall ON – Grade 7 and 8 students from Rothwell-Osnabruck (RO) in Ingleside participated in a full day of quality physical activity on Friday, June 24th, 2011. After spending two hours playing soccer at the new Benson Centre, they headed over to Caveman Strong for a full Paleo lunch prepared by Josee Quenneville.  After lunch, students […]

Your police blotter for the Cornwall Ontario area for Tuesday June 28, 2011

Cornwall ON – Here is your police blotter for the Cornwall Ontario area for Tuesday June 28, 2011. WARRANT – Breaches Cornwall, Ont. – A 23 year-old Cornwall male was arrested on the 27th of June, 2011 on the strength of the warrant.  The male was bound by a Recognizance Order with a condition to […]

Queen’s Park – Ontario PC Leader Tim Hudak today issued the following statement regarding the tragic death of a police officer near Newmarket this morning. “On behalf of the Ontario PC Caucus, I want to offer our deepest sympathies to the family of Const. Garrett Styles, who was struck and killed during a traffic stop early this […]

CFN – It’s 4th of July weekend for our American friends and we’d like to shout out a hello and Salute!   Going to school for a bit in the US I got to enjoy a lot of its holidays and history. We also had the following sent in to help have a frugal and […]